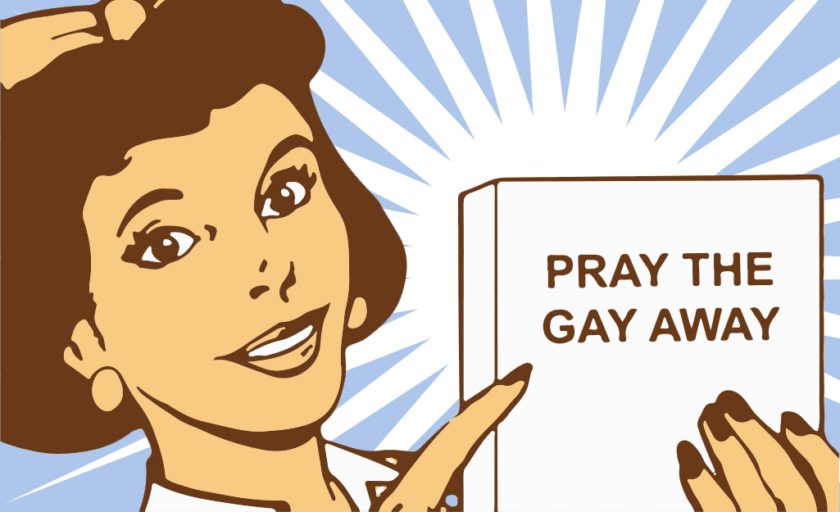 A totally dubious study published about one year ago claimed that “Conversion Therapy” works. That sounds shocking, because so far every credible source and every other credible study has robustly established that conversion therapy is total BS.

What is Conversion Therapy?

Conversion therapy is the pseudoscientific practice of trying to change an individual’s sexual orientation from homosexual or bisexual to heterosexual using psychological or spiritual interventions.

If the word “pseudoscientific” is not a sufficient hint, then perhaps the second sentence from that same Wikipedia page will help …

There is virtually no reliable evidence that sexual orientation can be changed and medical bodies warn that conversion therapy practices are ineffective and potentially harmful.

The press release for the study last August (2018) claimed ..

…In this study, more than two-thirds of those who participated in group therapy or received professional help had significant heterosexual shifts in sexual attraction, sexual identity, and behavior, and moderate-to-marked decreases in suicidality, depression, substance abuse, and increases in social functioning and self-esteem….

Was this a credible study?

Nope, it was fraudulent.

The journal that published this BS was “The Linacre Quarterly”. That’s a religious journal with a very strong bias. It is the official journal of the Catholic Medical Association whose stated mission is …. “to uphold the principles of the Catholic faith in the science and practice of medicine“.

So what happens when religious belief conflicts with scientific fact?

We get studies such as this one published.

However, sometimes even the utterly outright fraudulent proves to be a tad too much, and so the journal has now retracted it.

Wholly valid questions regarding the precise details of what they did were raised. The study authors were unable to answer. Even for a religious journal that was just too much, so they pulled the plug.

Meanwhile damage has been done to human lives. The publication and then the promotion of a completely fraudulent study as fact, tells us a great deal regarding the integrity and honesty of all involved in this fiasco.