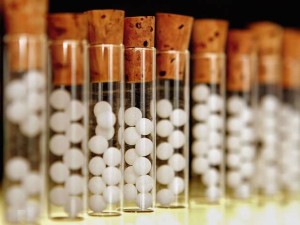 Edzard Ernst, has pointed out a rather “interesting” paper that has been written by a German child/adolescent psychiatrist and homeopathic physician, Michael Hartmann. Prof Ernst points it out, not because he thinks it is good, but because despite having a string of letters after his name (MD, PhD, FMedSci, FSB, FRCP, FRCPEd), he does not understand a word of it.

See if you can do any better, here is the summary …

Efforts have been made to integrate homeopathy into the system of natural sciences. In this article an alternative approach is offered. The very base of physics and mathematics, on which natural sciences are grounded are time, space and number. Since Immanuel Kant they are believed to be a priori given. Alternatively they can be explained as a consequence of life, such that the outside world in the form, as we perceive it, should no longer be considered independent from us as living beings. Having understood the base of physics, homeopathy does not have to be integrated into an existing system of natural sciences, but can be allowed to be more closely connected to the proper origin of physics, which is life itself.

… and here is the conclusion …

We come to the conclusion that mathematics and physics are a sequel of life. What we perceive in an outside world is a projection not only of our mind, but also of life itself. It is not an individual projection, but a projection that we share with other living beings. We share some of the aspects of reality with only a few other humans, like the understanding of art, with most humans and some species we share the ability to perceive music or colours. Still broader aspects of what we perceive as reality are common to us and other animal species: firmness, light and sound. With all species we share the aspects of time, space and separateness, oneness. Thus reality is a collective subjective autosuggestion across species. Its outside reality functions on mathematical rules, because mathematics and physics share the common ground, which is time, space and number as a continuation of oneness in time, all sequels of life.

Homeopathy however does not. It does not, because it has a direct connection to life without the detour across outside physics.

Why would anybody cobble up such byzantine word soup?

Well basically because he is starting with an assumption that is not actually true at all, and is working on that basis.

The assumption is of course that Homeopathy works, and yet when actually tested in proper clinical trials, it has been found to not actually work at all.

So if you start with an assumption that is not actually true at all, you are then putting yourself in the rather uncomfortable position of having to dream up some truly weird and wonderfully eccentric rationalisations to try and justify what is essentially magic.

What also perhaps drives his motivation to do this is Dr Hartmans’s huge emotional and financial investment in Homeopathy. It is his career, his training, and his life, and so to come to terms with it not actually working he also needs to grasp for the realisation that he has not only deceived rather a lot of patients, but has also wasted a considerable amount of medical training, and so the actual evidence that confirms that it does not work will be quite naturally dismissed.

It is told of King Charles II of England that he once asked members of the Royal Society to determine why, if you place a dead fish in a bowl of water, it makes the water overflow, while a live one does not. Some of the members thought about this for a very long time and offered ingenious but unconvincing explanations. Finally, one of them decided to test the question. He discovered, of course, that it did not make a bit of difference whether one placed a dead fish or a live one in a bowl of water.

I don’t know if that story is actually true, but I do like it, and if it is indeed true I can perhaps understand why King Charles II would do this. He was paying the bill for the very expensive Royal Society, so my guess is that he wanted to see if they could deliver.

But the point is obvious – before you rush out to answer a question, you should first examine the assumptions that rests behind the question itself.