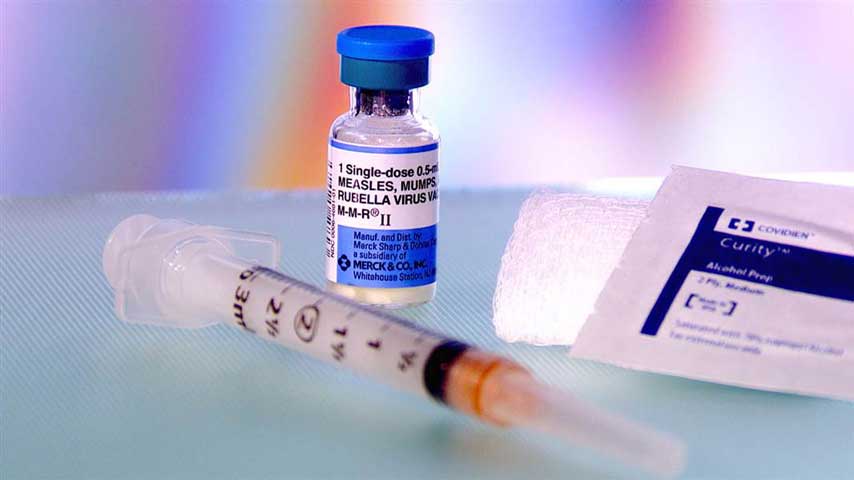 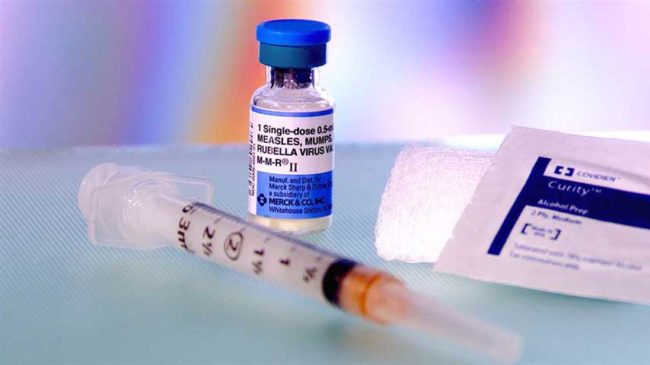 When we started vaccinating for measles back in the 1960s it had the intended effect; the decline and obliteration of Measles. We might think of it as a harmless childhood illness, but its eradication is truly a big deal. The prognosis for measles is that complications such as bronchitis, sensorineural hearing loss, and panencephalitis (which is fatal), can occur, so eradicating it was a leap forward for healthcare.

What was very odd is that deaths from all infectious diseases also plummeted.

Now, if you are going to think skeptically about anything and everything then you will perhaps immediately make the leap to the observation that correlation does not imply causation. It was a mystery. Over the years people speculated about why it is like this. It was of course great, but understanding why remained an ongoing medical mystery.

Some suggested that it might be the result of better healthcare, and that when you start deploying vaccines in a community you are not doing that in isolation, it also comes with access to better healthcare. However, what was clear is that this correlation was very specifically related to just the Measles vaccine. Wherever there was a campaign to roll out a measles vaccination across a population on the planet in any nation, this correlation popped up …

“In some developing countries, where infectious diseases are very high, the reduction in mortality has been up to 80 percent,” – Michael Mina, a postdoc in biology at Princeton University and a medical student at Emory University.

So what the heck was going on?

A New Study Appears to have the solution to this Mystery

The paper published in Science entitled “Long-term measles-induced immunomodulation increases overall childhood infectious disease mortality” has brought clear evidence to the table that explains what has been happening.

Its an important topic of general healthcare because the Measles vaccine has been getting a bit of a bad rap and that is wholly unjustified. We live in a time when a vocal anti-vaccine movement has resulted in the reemergence of Measles due to outright fraudulent claims regarding the supposed harm of the vaccine. Access to the full paper is appropriately free, it is not behind a paywall. They do however want you to register to gain full access and that I guess is fair.

So what have they discovered, what is the paper all about?

When you get measles, what actually happens is that your immune system is suppressed, and that makes you more susceptible to any and every infection. This is well understood and documented. What was odd is that long after the immune system has recovered and the measles is gone, a period of roughly 5 weeks to a couple of months, patients appear to be still susceptible to infections.

They came up with the thought that what measles may actually be doing is wiping any immunological memory within our cells. To be specific, they had a hypothesis about the actual mechanism in play …

Although peripheral blood lymphocyte counts were restored within weeks as expected (25), the authors hypothesized that rapid expansions of predominantly measles-specific B and T lymphocytes masked an ablated memory-cell population (17). In other words, MV infection replaced the previous memory cell repertoire with MV-specific lymphocytes, resulting in “immune amnesia” (17) to nonmeasles pathogens.

To test this idea they examined epidemiological data collected during a time when measles was common. The data collected from England, Wales, the United States, and Denmark was rich enough in detail to explore this.

It was confirmed. The lead author of the paper, Michael Mina, explains …

“We found measles predisposes children to all other infectious diseases for up to a few years,”

What Measles does is not simply to make you ill for a few weeks, it also wipes your immune system memory of the resistance you have already acquired in life up to that point. In other words, it gives your immune system amnesia on how to fight against previous infections it had already previously learned how to cope with.

“The immune system kind of comes back. The only problem is that it has forgotten what it once knew,” – Mina

This “immune amnesia” is still just a hypothesis, and so what the paper does is to present “compelling evidence” that Measles will impact an immune system for many years and not just a few weeks.

This is the important bit – Vaccinate You Kids

Seriously now, if you have not yet done it, then you need to consider doing it. This new information gives you an additional confidence that the measles vaccine is not simply preventing an inconvenient childhood illness, it is going to prevent your child’s immune system from being seriously compromised for years.

Measles control is now recognized as one of the most successful public health interventions ever undertaken, so if you deprive your kids from getting it on the basis of misleading and unjustified anti-vaccine fear mongering, then you are in reality depriving them of a great deal of health protection.

The above has been loosely adopted from an article on NPR that is here. I went back to the original study (here), and used that to verify the accuracy of the article.