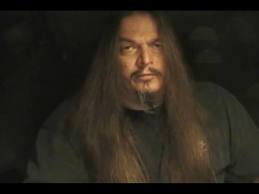 AronRa, pictured here (yes he totally looks like a Klingon, but is truly cool and very smart, I met him a few weeks ago), blogs about an academic study of atheists conducted by the sociology department of Berkeley University that he is taking part in, he basically posted his answers to their survey.

One caught my eye. He was asked … “If raised atheist – Have you ever been drawn to religion at any point in your life?  Why or why not?” He answered as follows …

My son was raised atheist.  The only religion he cares about are jokes like the Church of the Subgenius.  For example, he joined with the protesters at the Reason Rally, but instead of chanting for Christ, he was  yelling for the cult of Cthulhu.  This confused the Christians next to him, who said, “but Cthulhu doesn’t exist”, to which my son cocked his head and said, “Yeah”.