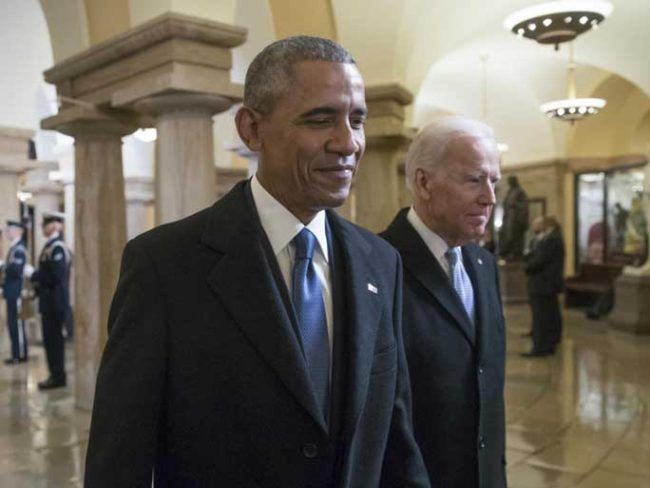 This is quite frankly hilarious.

Last Saturday The Hill reports that the welcome letter being sent to some new US citizens is still the Obama one. Six months into the Trump regime and it has still not been updated …

New United States citizens participating in naturalization ceremonies around the country have typically received letters from the current president when taking their oaths of allegiance.

But on Friday, a columnist for the St. Louis Post-Dispatch said she noticed that the name signed on her British-born husband’s letter from the president wasn’t that of President Trump. Rather, it was his predecessor Barack Obama.

“My British-born husband takes his oath of citizenship today,” Aisha Sultan wrote on Twitter. “In the packet for new Americans, the welcome letter from POTUS is from Obama.”

My British-born husband takes his oath of citizenship today. In the packet for new Americans, the welcome letter from POTUS is from Obama. 😂 pic.twitter.com/O56cMj0hhx

My husband was sworn in back in March, & they accidentally started the Obama congrats video. Everyone cheered! 1/2

This is what happens when you don't fill all those presidential appointments. Oh and worse.

How embarrassing. This administration embodies the very definition of clueless.

That is awesome and horrifying at the same time.

It should of course not be a surprise. Mr Trump’s only interest in new immigrants is when he wants to marry them.

It is only a small bit of administrivia, but the fact that after six months nobody has updated it is very telling of the degree of incompetence being executed by the Trump administration. Not filling vacant positions does of course have consequences, so I’m honestly not surprised at all.

The story is all over the US press now and is being reported in the HuffPo, The Hill, and other outlets. Now that it has been highlighted I speculate that this will soon be rapidly fixed. I still of course do hope that he will be far too busy focusing on building his transparent see-through fantasy wall to bother sorting it out. If indeed it had not gone viral then I do wonder just how long it could have carried on.

Personally I think I like this alternative universe, a place where Obama is still President. Can we all go and live there please.