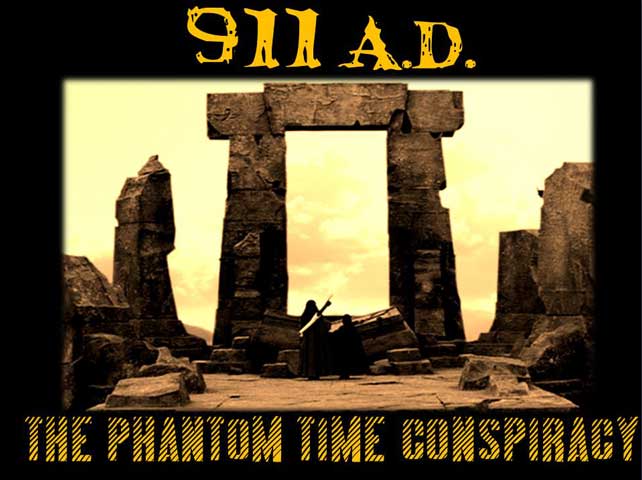 When it comes to utterly bizarre claims then the “Phantom Time Hypothesis” is one of those that does indeed stand out. Basically this was dreamed up historian Heribert Illig and first published in 1991.

In summary, the idea is that roughly about three centuries of history (AD 614 to 911) never actually happened and that the history from these years is fiction that was invented by the Holy Roman Emperor Otto III.

Starting in 1991, Mr Illig proceeded to continuously promote this idea right up until 2013.

As you might perhaps anticipate, no serious historian deems any of this to be in any way credible, and so the only people buying into this would be those that tend to generally embrace every whack-a-doodle crazy idea going.

What exactly leads him to this conclusion?

.. but the thing that really convinced him was this …

You know it is nonsense … right?

There are numerous reasons for rejecting this idea, so let’s cover a few of these.

Historical Astronomical observations : Events in sky above run more or less like clockwork, for example eclipses of the sun, and so when ancient writers prior to AD 614 report such events then we should be able to align such observations with the various models that calculate such events. If we roll with the proposed phantom time gap, they don’t align, but if we don’t, then all is well, and so that alone confirms beyond any doubt that the Phantom Time Hypothesis is not correct.

Specific examples include reports of Halley’s Comet, or Pliny the Elder writing about the eclipse in 59 AD

History: If the phantom centuries never existed, then neither did Charlemagne or Muhammad and all of early Islamic History. In fact you would need to also buy into the idea that the entire Carolingian dynasty was fiction.

Despite such objections, Illig clung to the belief that it was all true and so continued to promote the idea for decades.

Humans tend to be like this and are prone to embracing nonsense as truth, and that is perhaps due to the ability of smart humans to simply dream up elaborate ways of rationalising utterly absurd ideas.

So how did he get things so wrong?

He makes the assumption that the Gregorian calendar adjustment in 1582 was done to bring it back in line with the Julian calendar as it was in 45 BC then does a few sums.

He got his sums more or less right – The Gregorian adjustment of 11 days would indeed suggest that we had too many centuries (roughly 300 years) to bring it back into line with the 45 BC Julian calendar.

The fatal flaw is that he made an assumption that is incorrect, the goal of the Gregorian date adjustment was to bring it all back in line with the dates as they were in AD 325 when the Council of Nicaea fixed the way to calculate the date for Easter by starting with Mar 21 as the vernal equinox, and not 45 BC … and that is where the roughly 300 years went.