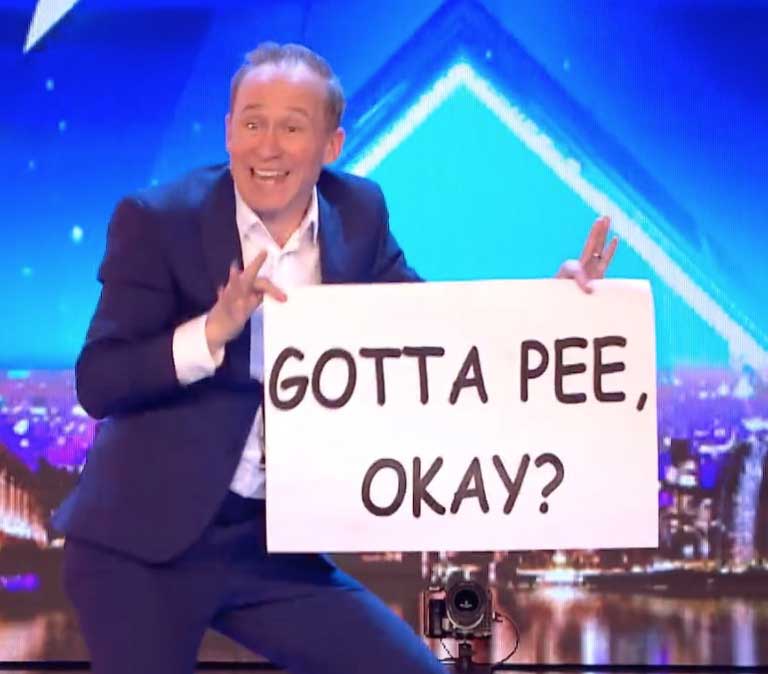 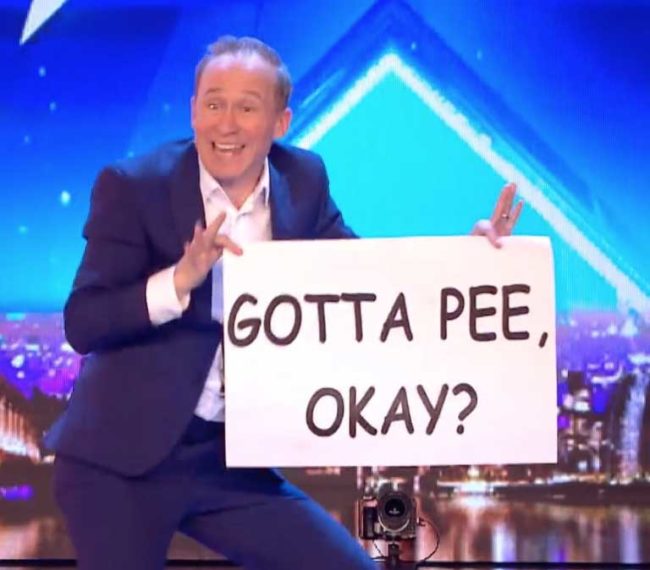 Pictured above is Ben Langley on Britains Got Talent last weekend. His act consisted of playing various very well-known songs, but he primed you to hear something distinctly different by holding up a series of signs. This was a very entertaining example of an audio illusion being triggered by what is known as priming.

So what is going on here, how is it possible for you to actually hear things that you also know are not actually there at all?

You have been naturally selected for language. Over vast tracts of time and an almost countless number of generations your brain has been selected to value language over and above other sounds. What is being leveraged here is your brain’s intense preference for meaningful language.

You might perhaps be old enough to recall the fad that involved playing songs backwards to reveal supposed secret satanic messages. What is fascinating about that is that if you simply hear the sound without being primed then you do not hear the “secret” message. When you are then primed and told what the message is, then, and only then, can you hear it.

You know that those supposedly secret satanic messages are not really there. In exactly the same manner Ben’s act is not revealing the words being sung, but instead he is priming you and that is why his illusion works.

When you hear speech, your brain will process it “top-down” (that’s a term used by a 2006 study into this). To put that another way, your brain will file this into a category as something that contains information. It will then use context and any other available information to extract meaning.

When you prime your brain with additional information that tells it what the sounds are, it will interpret the sounds that way. Net effect – you have an audio illusion and so you hear something that you also know is not actually there at all.

Here is a Satanic Ritual example.

Listen to this – it is Queen’s – Another One Bites The Dust – Backwards.

If you have not been primed to hear the message, then you will not hear it.

OK, now that you have listened, do this. Scroll to the bottom of this post, and read the text that explains what you are supposed to hear. Having been primed, listen to the above once again, and you will hear it. In fact, you can’t unhear it. You brain is using this little bit of additional information and so you actually hear meaning that is not there at all.

Is this the secret behind Yanni or Laurel?

Short answer – yes …partially. It’s the bit that many miss out when explaining it.

The now infamous Yanni/Laurel sound sample went viral when it was posted to social media asking people what they could hear. Some could only hear Yanni and others could only hear Laurel.

If you have no idea what I’m on about then …

Here is the Greek music star Yanni listening to it. What does Yanni hear?

What do you hear?! Yanny or Laurel pic.twitter.com/jvHhCbMc8I

That is not the whole story because Priming you to hear something specific will also play a part. In the above I primed you to hear Yanni, so if you clicked in the tweet above, then what did you actually hear?

The above audio illusion is just one aspect of how the pattern matching engine sitting between your ears can be fooled into interpreting things incorrectly. For example, here are a couple of images in which you will see things that you also appreciate are not actually there at all … 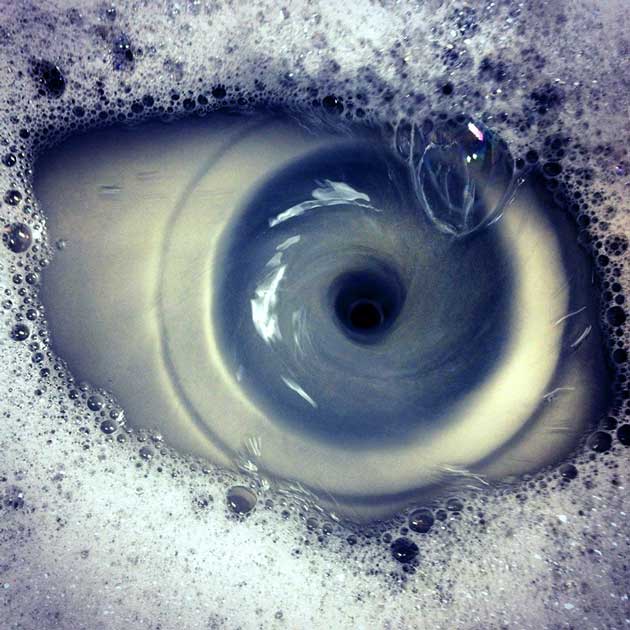 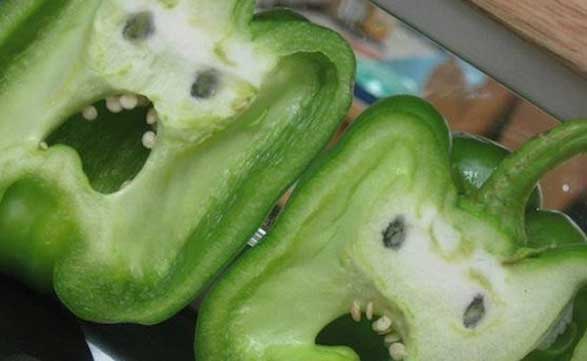 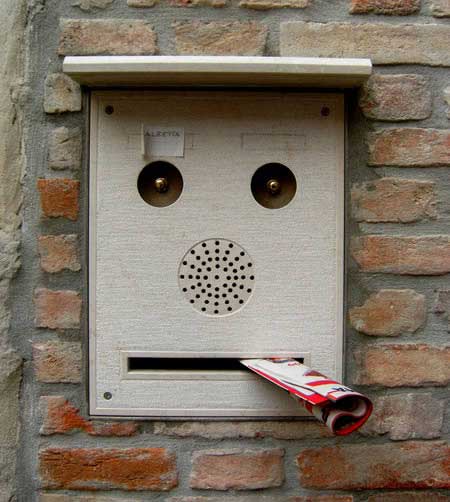 You don’t perceive the world as it actually is. Instead, your brain interprets audio and visual inputs to build a model. Sometimes that interpretation is not an accurate reflection of what is actually being said (or done).

(The supposed secret message in Queen’s “Another One Bites The Dust” being played backwards is “It’s fun to smoke marijuana.”)