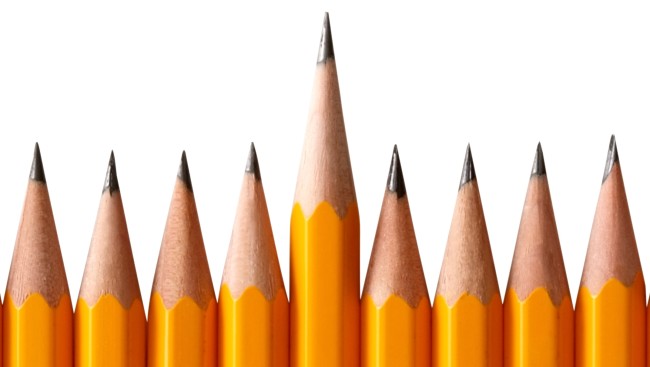 I once worked in a situation where various companies provided services to a large corporate client that I worked with, and one of those service providing companies was in the habit of issuing a weekly email that highlighted all the wonderful things they had done the previous week Being a curious person, I checked and discovered that most of it was fiction and had simply been copy-and-pasted from the previous week’s email. When I pointed out this rather embarrassing fact, I anticipated that it was perhaps down to somebody being too pressured to keep it up to date and so assumed that they would going forward now perhaps do a better job … but no, instead the “solution” the local team came up with was to continue to issue these fictitious emails and to simply take me off the distribution list. While I might perhaps have been potentially annoyed by this, I was not, but was instead simply amused by their utter incompetence.

You can get away with stuff like that for some time, but eventually it will catch up and there will be real consequences.

We all face this exact scenario today

The British Humanist Association (BHA) published a report last year jointly with the Fair Admission Campaign that exposed the ‘near-universal noncompliance’  of religiously selective state schools in England with the School Admissions Code.

… and as part of that, the BHA explained …

The School Admissions Code sets out the rules that all state-funded schools in England must legally follow in setting their admission arrangements, and individuals are able to lodge objections with the Office of the Schools Adjudicator (OSA) if they believe a school has failed to comply.

In 2014 the BHA and FAC did just that, lodging objections to the arrangements of a representative sample of nearly 50 religiously selective secondary schools. With rulings on all bar one of those objections now completed, the OSA identified well over a thousand Code breaches, with near-universal non-compliance amongst schools. The findings suggest that religiously selective secondary schools across England may be breaking the Admissions Code some 12,000 times between them. Given that 1.2 million school places in England are subject to religious selection criteria, the number of children who are unfairly losing out on places is significant.

Now, you might perhaps be thinking, “Ah but the religious schools are funded by the religious group, so why should they not get to give first choice to members of their specific religious group”. If it was indeed a full private fee-paying school then you would have a point, and in that case our only concern would related to them maintaining appropriate educational standards, but no it does not work like this. 90% of the funds come from you the tax payer, and only 10% comes from the associated religious group that maintains control, yet they maintain an almost exclusive selection criteria that, when put into practise, does not comply with the law.

Particularly notable findings of the report include:

You would perhaps expect the report to motivate the UK Government to step in and sort it all out …. but no. I suspect my little story at the top perhaps offers you a hint as to what is now about the happen.

As highlighted by the BHA, the decision is to basically ban groups such as the BHA from complaining about these schools breaking the law …

the Education Secretary has announced she now plans to ban groups and organisations from officially raising concerns about the admission arrangements of schools. In a thinly veiled attack on the BHA, the ban, which was first suggested by a variety of religious organisations in a meeting with Department for Education (DfE) officials last year, is specifically targeted at ‘secular campaign groups’, according to Nicky Morgan. The BHA has described the proposal as an ‘affront to both democracy and the rule of law’, stating that it will allow religiously selective schools to continue abusing the system and unfairly discriminate against a huge number of children in the process.

Under current rules, any citizen or civil society organisation is allowed to lodge an objection with the Office of the Schools Adjudicator (OSA) if they believe a school has failed to comply with the School Admissions Code. In the absence of a body actively enforcing compliance with the Code, these objections from parents, local authorities, charities, and other organisations, represent the only impartial means of ensuring that schools adhere to the law and do not attempt to manipulate their intakes.

Despite this, the Government is now proposing to prohibit organisations from lodging objections with the OSA, largely in response to a joint BHA/FAC report published last year.

This is not about banning religion, or suppressing religion, but rather is about keeping religion out of the public square and so it is simply about maintaining neutrality.

If they wish to fully fund a school and not utilise state funds (my tax $$$) then that does entitle them to operate whatever selection criteria they might wish to have, but when they accept state funds and then use them to operate a wholly religious selection criteria (yes, pun intended), then we are in a situation where a religious belief is being permitted to discriminate against those who wish to attend a state funded school – In essence, some are being denied access to schools that they are paying for via taxes.

“A near-universal failure to adhere to the law in a particular area has been identified. Instead of moving to enforce the law, the Government has responded by planning to make it harder to identify future violations of it. This is an affront to both democracy and the rule of law. It will reduce parents’ fair choice of state schools in the interests of the religious organisations that run them at taxpayers’ expense and demonstrates the Government is more interested in concealing the appalling record of religious schools manipulating their intakes than it is in addressing the serious problems this causes”. – BHA Chief Executive Andrew Copson