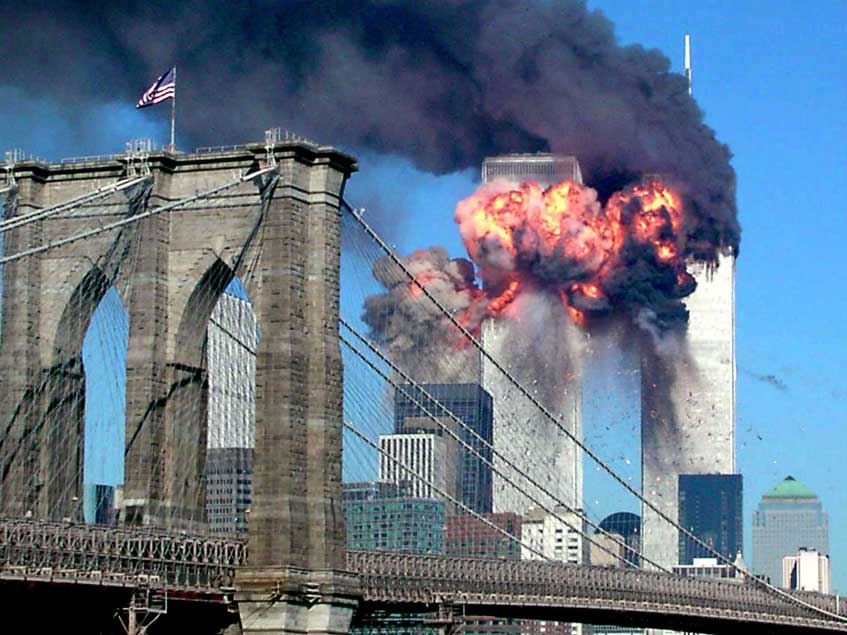 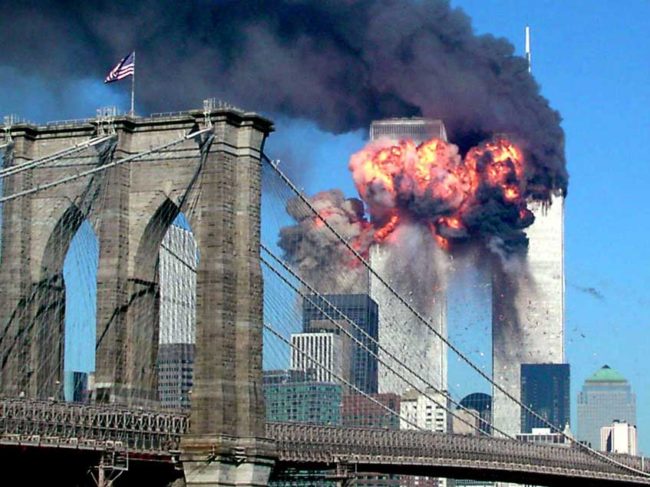 The TL;DR; answer is no 9/11 was not the result of a controlled demolition. For a slightly longer explanation read on.

There are numerous YouTube clips and various websites that promote the idea that the collapse of the twin towers was not in any way related to the fully fueled commercial airliners being flown into the towers, but instead the actual collapse was due to a previously planned controlled demolition.

Is there any evidence for this claim?

If you dig into the topic then you will find quite a bit of stuff that does indeed appear to make a convincing case and you will also encounter people who are quite sure it was a controlled demolition. They have no doubts and will cite apparent evidence. The problem is that when you dig, and I mean really dig, then you find that these apparently credible bits of evidence simply do not withstand any reasonable degree of critical analysis.

The passion with which such claims are promoted knows no bounds. An example of a popular fraudulent claim is this, and note that it appears in three different sources all making the same false claim …

No it is not official, and no the ESJ (European Scientific Journal) did not conclude that 9/11 was a controlled demolition, that is a deliberate outright lie. That alone is perhaps all you really need to know about the degree of honesty and integrity in play when faced with such claims.

You can fact check this yourself via snopes.

The root of this is that there was indeed an article published by conspiracy theorists. However it was in reality published in a magazine and not within a scientific journal. I blogged about it in detail at time.

I did receive criticism for that posting from some within the comments section which was rather active. The point of that specific posting was as follows:

The NIST response to the Magazine Article

The Editors of Europhysics News contacted the National Institute of Science and Technology and asked them to comment upon the article in question. The response was as follows …

The NIST WTC investigation team members feel that since our study of the World Trade Center building (WTC 1, 2 and 7) collapses ended in 2008, there has been no new evidence presented that would change our findings and conclusions, and therefore, nothing new that we can contribute to the discussion. NIST firmly stands behind its investigation results, and that the body of evidence still overwhelmingly leads to the following scenarios:

Our comprehensive website, http://wtc.nist.gov, covers all aspects of the WTC investigation and provides three sets of “frequently asked questions” (on the overall investigation, the WTC towers and WTC 7) that address—based solely on our findings—many of the claims made by those holding alternative views as to how the three WTC buildings collapsed.

The NIST investigation into the collapses of WTC Buildings 1, 2 and 7 was the most detailed examination of structural failure ever conducted. Based on the recommendations from this investigation, two sets of major and far-reaching building and fire code changes have been adopted by the International Code Council (ICC) into the ICC’s I-Codes (specifically the International Building Code, or IBC, and the International Fire Code, or IFC). The 40 code changes were adopted less than five years from the release of the final report on WTC 1 and 2, and less than two years following the release of the final report on WTC 7. This is an extraordinarily rapid pace in the code making and approval process—a solid affirmation by the ICC that the work done by the NIST WTC investigation team was of the highest quality and critical to ensuring that future buildings—especially tall structures—will be increasingly resistant to fire, more easily evacuated in emergencies, more accessible to first responders when needed, and most importantly, safer overall.

Some specifics of the Controlled Demolition Claims

This claim is misleading, as steel beams do to not need to melt completely to be compromised structurally.

Claim: A sprinkler system would have prevented temperatures from rising high enough to cause to cause structural damage.

This claim ignores the fact that a crash from a 767 jet would likely destroy such a system.

Claim: The structural system would have been protected by fireproofing material

similarly, such a system would have been damaged in a 767 crash. However, there is also clear evidence from the fire department that even prior to 9/11 the fireproofing was seriously compromised.

Claim: Puffs of smoke exploding from below the collapsing towers suggests controlled demolition.

This claim does little to address the simpler explanation that air pressure from the collapse of one of the largest buildings ever built would have forced air and debris through windows.

Claim: The buildings fell at a rate possible only by a controlled demolition.

Numerous engineers and scientists have argued that the rate at which the buildings fell is consistent with the manner in which the towers failed, and that the exact time of total collapse is hard to pin down reliably in the first place.

It is at this point that we perhaps enter into the game of whack-a-mole. What comes next is, “Ah yes but … ” and so another claim pops up and for that there is a rebuttal, and then another and another.

Rinse and repeat again and again, and nothing actually changes, and so it is perhaps appropriate to pause and consider what is actually going on here.

Is there something odd about people who believe this stuff?

The short answer is no. Humans are awash with many cognitive biases and so we are all at risk of buying into a belief in something that is not actually true at all.

The observation that many people take this all seriously and truly believe is itself quite interesting. There are however a couple of important points to remember when encountering people who embrace conspiracy ideas …

It has perhaps always been like this with humans. What is different about 9/11, and other more recent conspiracy ideas, is that since about the mid 2000’s the Internet has acted as an amplifier for such beliefs. That was perhaps well illustrated by the election.

In other words, when faced with a high-stress event such as 9/11, people embrace beliefs, perhaps religious or perhaps simply a conspiracy, as an attempt to explain it, and so gain some degree of control over the emotional trauma. Because it is embraced at an emotional level, any debunking of the idea at an intellectual level will be ineffective.

I do find it fascinating that the 9/11 belief is akin to many religious beliefs and operate in a similar manner. Take for example the Catholic shrine of Lourdes where various miracles have supposedly occurred. As a skeptic you might think, “Evidence, oh that’s very interesting, let’s take a look then”. So you check and what you discover is that the evidence is not quite as portrayed. Often it is vague, but has been endorsed by various “experts” who assure you of its reliability and yet nothing truly robust or compelling emerges. Instead a balance is struck such that it is just sufficiently compelling enough to convince those that already believe, but is not sufficient to convince any independent skeptical minded person seeking something robust.

It is perhaps part of our humanity that we are like this. The pattern seeking engine between our ears jumps to rapid conclusions as an attempt to explain what we encounter and we grasp that emotionally. Being able to do that gave us as a species a distinct survival advantage, hence that attribute has been naturally selected. If we are really going to address it and overcome it, especially now in an age when the flow of information has been greatly increased, then we need to start thinking things through, not just at an emotional level which often leads to incorrect conclusions, but to also think things through analytically.

You really can’t tell people what is and is not actually true, but becoming conscious that we can all slip is perhaps the beginning of a road that enables us as individuals to seriously question things that we have previously assumed. In other words, don’t make statements, but instead ask questions, not just to others but to ourselves and work through things at an analytical level. We truly do need to equip ourselves to be able to rise to the challenge of this new age of myth-information and work out what is really true.

When faced with specific ideas, and it need not be just 9/11 claims, then here a few questions that might help.

If indeed you do truly believe and wish to label me a “fucking idiot” for not believing what is apparently obvious to you, then you should seriously pause and ask yourself why I don’t.

The bottom line is that there was indeed a 9/11 conspiracy involving a group of religious fanatics and the hijacking of commercial airliners. That is well documented. The alternative claim that it was really an inside job and all the result of a controlled demolition is a layer of complexity that simply does not have any credible evidence, but does throw up a lot of other questions such as …

What we do perhaps also learn from other popular conspiracies, for example the JFK assassination, is that once it is rooted in the culture the idea will persist and stick no matter how robustly it is debunked. Many books, YouTube clips, and movies will continue to pop up in the years to come with some new apparent twist, and yet most will know in their heart of hearts that the simplest answer, a group of religious fanatics and a hijacking, is the best explanation.