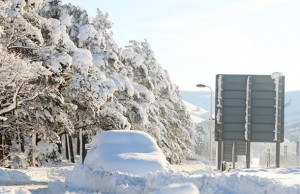 Britain is about to experience an early winter, with snow expected to arrive as soon as next month, forecasters have warned. Temperatures over the next three months will plummet to below average

This is coming from headlines in, The Mirror, The Daily Mail, and Metro, so of course it just must be true, right? Various folks have been mentioning this and repeating it to me as an established fact, so I thought I’d look into.

First stop, the UK Met Office, do they have a long-range weather forecast? Well, they do 3-5 day forecasts. They also offer 15 and 30 day views as well, but that’s about as far as they go (in public). Obviously they run longer range models, but it’s not public (as far as I can tell), so this is not the source.

Next stop is ECMWF (The European Centre for Medium-Range Weather Forecasts). Since they are based in the UK, they must have a winter forecast out. Even their name must be a clue, they must have an answer.Nope, they are into Global models, nothing dramatic springs to mind for the UK winter here.

Now if you refer back to the stories and check, it turns out that their source is James Madden, of Exacta Weather. Ah, so who are they? Well, they are described as “a voluntary weather organisation”, and also don’t “receive any government funding”. So are they a credible source?

I have the following observations:

So what do others say? On Climate Realists Piers Corbyn, astrophysicist and originator of the Solar Weather Technique (SWT) of long-range forecasting and founder of Weather Action Long Range forecasters says …

It’s baseless hype from a gaggle of wannabes

And then goes on the explain …

based on the meanderings of a gaggle of would-be forecasters, none of whom have an independent track record of significant long-range success … Their forecast of a cold & dry* October will fail. It will be generally WET & MILD

But lets’ be fair there is nothing wrong with anyone, qualified or not, attempting to forecast the weather and talking about it, but the Express, Mail and others hype up the qualities of their ‘Experts’; Mr Madden, eg, of Exacta is an unqualified geographer; and more shamefully the Express promotes this wild speculation as if it had substance beyond a game of ‘Spot the ball’.

So what has James at Exacta to say? … Well apparently one of Madden’s primary methods of analysing long-range weather conditions is his analysis of solar cycles (Oh, that sounds a heck of a lot like the approach Piers Corbyn uses). Commenting on the solar cycle, James Madden said:

“Periods of low solar activity at present and what we have seen in recent years influence the Earth’s atmosphere by allowing the stratosphere to cool. This has a somewhat more profound effect over Northern Europe and the UK in terms of colder and snowier winters, due to jet stream patterns that block warm air from reaching us and create more moisture.”

Now moving on, (it gets even more interesting), Piers Corbyn, who slagged off James above, is himself slagged off by others for his forecasts. A peer-reviewed work conducted involving Corbyn’s work was published in the Journal of Atmospheric and Solar-Terrestrial Physics (2001) in which they wrote …

So even the critic of our rather dicey forecaster is himself on rather shaky ground.

Where next? Well, until we have solid evidence available, a real study written up that verifies that solar activity is a better more accurate way of predicting the long-term weather, I suggest we take all this with a rather large grain of salt and remain suitably skeptical about it all.