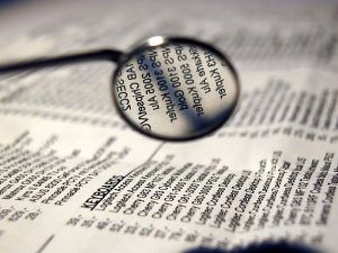 We are all perhaps overly familiar with the issue of weird or dubious statements and claims. Up pops one that triggers your BS alarm, and you then wonder how you can dig into it and find the truth.

The rather obvious solution is of course to google it and see what turns up. While that might not always yield links to reliable unbiased sources, it usually does. If an initial search yields no useful results, then add to your search words such as “skeptic” or “criticism” and see if that helps.

But how do you then fact check what google delivers?

What are the Top 5 Fact Checking sites?

This is perhaps a wholly subjective list, and so the idea that they are the definitive top 5 is open to challenge. I have however found them all to be incredibly useful at times.

It really does cover most topics in an honest, accurate and wholly unbiased manner, hence is often criticised by the purveyors of woo as highly biased. Deepak Chopra simply hates Wikipedia. Here is an article by somebody who works in one of Mr Chopra’s foundations (hence is of course totally unbiased), basically sticking the knife into Wikipedia. The real challenge to it all is that Mr Chopra’s Wikipedia page is, like every other Wikipedia page, robustly referenced, and so is a fact-based summary of him and his various pseudoscientific claims. If indeed his various quirky theories were actually published within reputable scientific journals along with some credible data then there would be appropriate coverage of it all on that basis. However, since he is instead promoting stuff that has no actual evidence, his page is  garnished with an appropriate degree of criticism and skepticism that reflects that reality.

OK, that is just one example, how does it all work out in general, just how reliable is Wikipedia, how can you find out?

Rather ironically there is a Wikipedia page that covers that topic …

Wikipedia is open to anonymous and collaborative editing, so assessments of its reliability usually include examination of how quickly false or misleading information is removed. An early study conducted by IBM researchers in 2003—two years following Wikipedia’s establishment—found that “vandalism is usually repaired extremely quickly—so quickly that most users will never see its effects”[14] and concluded that Wikipedia had “surprisingly effective self-healing capabilities”.[15]

I would add one rather important note of caution, check the references cited.

Another favourite source of mine is snopes. This is a site run by folklorist David Mikkelson.  I’ve been familiar with him long before the existence of the site itself, and thus I’ve known about his passion for unbiased accuracy when debunking urban legends in the alt.folklore.urban newsgroup where I also used to hang out.

These days it is not just Mr Mikkelson, he has other contributors as well.

Does he have a financial incentive for a bias?

Nope, it is wholly funded via advertising alone.

So how accurate is snopes?

Wikipedia rates it all very highly and even cites sources that verify that the most potentially contentious urban legend debunking, the political ones, are wholly free from any bias. David Mikkelson has not registered with any specific party.  Having read many Snopes articles that debunk absurd political claims on all sides, I quite honestly have no idea what his actual political leanings are, and that is perhaps as it should be.

Incidentally, no matter what the source is, you should remain skeptical of everything and think critically. To keep you on your toes in that regard, here is a nice little gem from that Wikipedia page on snopes …

In an attempt to demonstrate the perils of over-reliance on the internet as authority, the Mikkelsons assembled a series of fabricated urban folklore tales that they term “The Repository of Lost Legends”.[19] The name was chosen for its acronym, T.R.O.L.L., a reference to the early 1990s definition of the word troll, meaning an Internet prank, of which David Mikkelson was a prominent practitioner.[9]

One fictional legend alleged that the children’s nursery rhyme “Sing a Song of Sixpence” was really a coded reference used by pirates to recruit members. This parodied a real false legend surrounding the supposed connection of “Ring a Ring o’ Roses” to the bubonic plague. Although the creators were sure that no one could believe a tale so ridiculous—and had added a link at the bottom of the page to another page explaining the hoax,[20] and a message with the ratings reading “Note: Any relationship between these ratings and reality is purely coincidental”—eventually the legend was featured as true in an urban legends board game and television show.[21]

The television show, Mostly True Stories: Urban Legends Revealed, was shown to have been using information from Snopes when one of Snopes’ invented “lost legends” appeared on the program as true; the repository thus served as an inadvertent copyright trap.[9]

Factcheck.org … well gosh, I wonder what they do?

They are in fact a non-profit and also politically neutral. The project is bankrolled by the Annenberg Foundation, whose primary focus is the distribution of grants (arts, culture, education, etc…).

Imagine if you will either Hillary or Trump giving a big speech. Now imagine just how wonderfully useful it would be if somebody went through it very carefully, highlighted the various claims and called out the BS.

You can read more about them here on Wikipedia.

This is a project run by Tampa Bay Times. It is a highly successful attempt to bering robust investigative journalism into the Internet age.  Yes, it is perhaps similar in scope to FactCheck.org, but their approach is quite different. Here their journalists are tasked with fact checking statements made by various politicians. This then feeds into an overall “Truth-O-Meter” rating for each. Over time it all builds up into an overall assessment regarding the truthfulness of any specific politician.

From this we can discover that the most dishonest 2016 candidate is Donald Trump. 75% of Trump’s statements that they reviewed were rated “Mostly False,” “False” or “Pants on Fire”, but we all knew that, right?

The big surprise is that the most honest politician turns out to be Hillary Clinton.

Here is the Wikipedia page all about PolitiFact.

Finally we have No.5. Think of this as Wikipedia with a snarky point of view. I’m not kidding because that is part of their official policy. They are a non-profit foundation and have the following specific goals …

Basically what you have here is a conspiracy theory debunking website with the gloves off. I write “gloves off” because they happily mock the cranks within the rebuttals and call out the BS. They really do also cover a vast array of topics.

Here is the link to Wikipedia for this one, oh and also here is an article on RationalWiki about RationalWiki which grants you a further insight into them

So there you go then, my top 5 and as I stated up front, all very subjective.

If you know of others that should really be in the list then I’d be really interested to learn about them, but please, don’t even think about suggesting that bastion of lunacy “Conservapedia“, and that is not a political bias on my part, they really are complete loons. Please do drop a comment with any really good ones.

I will however add one additional and perhaps rather important point. When you are faced with a claim that has no associated evidence, then you are under no obligation to debunk it. The burden of proof rests, not with you, but with whoever is making the claim. Claims asserted without evidence can simply be dismissed without evidence.

35 thoughts on “What are the top 5 best fact checking websites?”