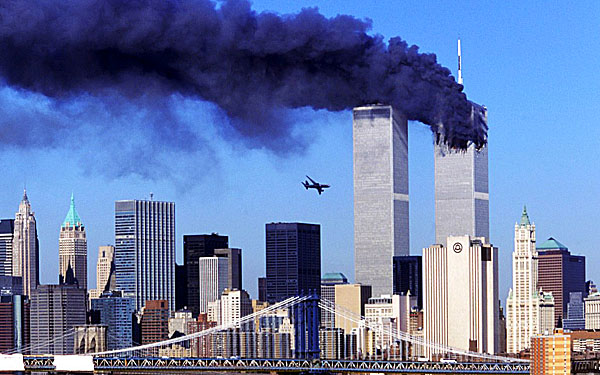 The news that has made the 9/11 truthers almost orgasmic with joy is the claim that a credible scientific journal, Europhysics News, has published the results of a study that claims to verify that 9/11 was an inside job. As an example of the various reports, WND (the far right site known to some as WingNutDaily), has this claim …

9/11 CONSPIRACY GETS SUPPORT FROM PHYSICISTS’ STUDY

Europhysics Magazine, the respected publication of the European physics community, has published a report by four experts who say “the evidence points overwhelmingly to the conclusion that all three buildings were destroyed by controlled demolition.”

There are two rather important points to start with …

The editors did also add the following note:

This feature is somewhat different from our usual purely scientific articles, in that it contains some speculation. However, given the timing and the importance of the issue, we consider that this feature is sufficiently technical and interesting to merit publication for our readers. Obviously, the content of this article is the responsibility of the authors.

In other words, they are telling you clearly that it is not scientific, and is instead just speculation.

Incidentally, here is a link to the article in question itself.

Steven Jones, is a retired Professor of Physics from BYU. In reality, after he started pursuing his 9/11 beliefs in 2005, the reaction of his university was to initially place him on paid leave due to the “increasingly speculative and accusatory nature” of his various claims, and then with his agreement, cut all ties and formally retired him.

He was a professor of physics, so perhaps we should not be too quick to dismiss him, after all he does have some notable career highlights. For example …

I’m not exactly convinced that this guy is the poster boy for the title “credible source”.

Robert Korol, is another retired elderly academic who perhaps quite enjoys a bit of public attention.

I have quite honestly no idea why Ted Walker is identified as an author. His only credentials consist of a Public Policy degree, he has no expertise in either engineering or physics.

Has anybody debunked this “study” yet?

Yep, it has only been a few days and already there is some reaction. Here is an extract …

In terms of our usual metric, TTFLMO (time to first lie, mistake or omission) this one actually does pretty well; it is almost three paragraphs into the article.  Talking about why high-rise buildings usually do not collapse due to fires, they write:

2) Most high-rises have fire suppression systems (water sprinklers), which further prevent a fire from releasing sufficient energy to heat the steel to a critical failure state;

True enough as far as it goes, but it omits one critical detail: when WTC-2 (the South Tower) collapsed, it took the water mains with it, and thus there were no sprinklers running in WTC-1 and WTC-7 to prevent the fires from spreading.  As a practical matter, I suspect that the sprinklers in WTC-1 and WTC-2 were already not functioning after the plane impacts, but even if they were they would have been insufficient to put out the massive fires in those two buildings.

But after that, the errors and omissions abound.  Next paragraph:

3) Structural members are protected by fireproofing materials, which are designed to prevent them from reaching failure temperatures within specified time periods; and

Ignores the obvious, which is that the impact of the plane debris stripped away a good deal of the fireproofing.  This is the usual Truther nonsense of focusing solely on the fires and not considering the enormous energy released by the two 757s when they hit the two towers.

It will not be the last word on it all either.

Is there any truth within any 9/11 Conspiracy Claim?

It is perhaps almost akin to a religious belief that is embraced by zealots for whom no quantity of evidence will ever convince. If faced with one of the many claims, then a great place to start is on the Debunking 9/11 website.

The National Institute of Standards and Technology (NIST) and the technology magazine Popular Mechanics have investigated and rejected the claims made by 9/11 conspiracy theories.[13][14] The civil engineering community accepts that the impacts of jet aircraft at high speeds in combination with subsequent fires, not controlled demolition, led to the collapse of the Twin Towers.[15][16] This also was the conclusion of the 9/11 Commission, chaired by Governor Thomas Kean.

Why do such ideas become popular and what can we actually do?

The observation that many people take this all seriously and truly believe is itself quite interesting. There are a couple of important points to remember when encountering people who embrace conspiracy ideas …

It has perhaps always been like this with humans. What is different about 9/11, and other more recent conspiracy ideas, is that since about the mid 2000’s the Internet has acted like an amplifier for such beliefs.

In other words, when faced with a high-stress event such as 9/11, people embrace beliefs, perhaps religious or perhaps simply a conspiracy, as an attempt to explain it, and so gain some degree of control over the emotional trauma. Because it is embraced at an emotional level, any debunking of the idea will be ineffective.

It is perhaps part of our humanity that we are like this. The pattern seeking engine between our ears jumps to rapid conclusions as an attempt to explain what we encounter and we grasp that emotionally. Being able to do that gave us as a species a distinct survival advantage, hence it has been naturally selected. If we are really going to address it and overcome it, especially now in an age when the flow of information has been greatly increased, then we need to teach people to start thinking things through, not at an emotional level which leads to incorrect conclusions, but to also think things through rationally, and so empower them to work it out for themselves.

We can’t tell people what is and is not actually true, but if we equip them with richer set of cognitive tools, then there is a good probability that they will be able to rise to the challenge of this new age of myth-information and work out what is really true.