There is a fascinating article that has just been published in “New Scientist”. It motivates me to blog and make a few observations regarding Ghosts, UFO’s, monsters and other similar claims. But before I go there, lets first take a quick scan of the article … 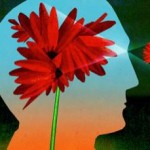 The mind’s eye: How the brain sorts out what you see

Can you tell a snake from a pretzel? Some can’t – and their experiences are revealing how the brain builds up a coherent picture of the world

AFTER her minor stroke, BP started to feel as if her eyes were playing tricks on her. TV shows became confusing: in one film, she was surprised to see a character reel as if punched by an invisible man. Sometimes BP would miss seeing things that were right before her eyes, causing her to bump into furniture or people.

BP’s stroke had damaged a key part of her visual system, giving rise to a rare disorder called simultanagnosia. This meant that she often saw just one object at a time. When looking at her place setting on the dinner table, for example, BP might see just a spoon, with everything else a blur (Brain, vol 114, p 1523).

BP’s problems are just one example of a group of disorders known collectively as visual agnosias, usually caused by some kind of brain damage. Another form results in people having trouble recognising and naming objects, as experienced by the agnosic immortalised in the title of Oliver Sacks’s 1985 best-seller The Man Who Mistook His Wife for a Hat.

Agnosias have become particularly interesting to neuroscientists in the past decade or so, as advances in brain scanning techniques have allowed them to close in on what’s going on in the brain. This gives researchers a unique opportunity to work out how the brain normally makes sense of the world. “Humans are naturally so good at this, it’s difficult to see our inner workings,” says Marlene Behrmann, a psychologist who studies vision at Carnegie Mellon University in Pittsburgh, Pennsylvania. Cases like BP’s are even shedding light on how our unconscious informs our conscious mind. “Agnosias allow us to adopt a reverse-engineering approach and infer how [the brain] would normally work,” says Behrmann.

New Scientist (30 Aug 2010) : Click here for rest of Article … (it goes on for several more pages, and is well worth reading)

Now, the key point that I wanted to pick up on is this, what you see is not reality. Its a construct, a model, created by your brain as it interprets the stimuli it receives via the senses. If you still don’t believe me, then consider the concept of optical illusions. They are fun of course, but even more interesting is what is happening. You are simply receiving visual stimuli that completely fools your brain, and so on the basis of previous experience the modeling software running in your head makes an assumption and you end up seeing what you know is an illusion. Here is a quick example … 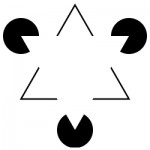 Can you see several triangles? Yes, but there are no triangles, its all an illusion (obviously). All you actually have are six shapes with bits taken out. Your brain simply interprets all this as best it can, and so it creates the triangles within that model in your head.

So what about other stuff, UFO’s, ghosts, monster sightings etc… There is no actual evidence, yet lots of people claim to have seen such things. Are they all lying? Is there a huge conspiracy to cover-up? No, not at all. What we have here is a far simpler explanation (Occam’s Razer anybody). The modeling software in your brain will create illusions as it struggles to interpret the sensory input in a manner that fits the model it has, and so people really do see ghosts or UFO’s and are 100% sure of what they have seen, but they don’t appreciate just how easy it is to fool this modeling software in our heads and so accept it as reality.


Perhaps this explains why we have so many magicians in the skeptical community. Fooling you is a basic tool of their trade, they know how easy it is to cause you to make an assumption and get you to see what is not there, or not see what is there. Because they know this, it means they will not simply accept what others claim to have seen, but are more inclined to think things through and look for actual evidence.

So what should you do? Easy … be aware of what is going on, just be skeptical and look for actual evidence, don’t be fooled by an illusion. Self-deception is perhaps the easiest trap to fall into, we all do it at one time or another.