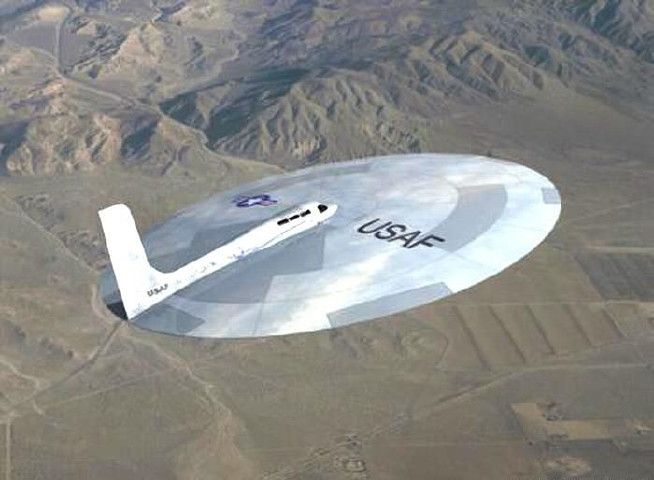 Various headlines have popped up making a claim that a NASA scientist has come clean and revealed a supposedly hidden truth – aliens are real. For example …

He claimed that humans are not alone in this universe and many governments know about the existence of these extraterrestrial entities but they have kept it as a top secret….. there are shreds of evidence available in the universe that supports the existence of alien spacecraft, commonly known as UFO. … he was told to ignore the topic…

there is ‘plenty of evidence’ to support the existence of UFOs in our universe.

The Alpha Source for the various articles

It all comes from an article written by Kevin Knuth.

He is an Associate Professor of Physics at the University at Albany in New York. The articles push the fact that he is an “ex-NASA scientist” , and yet the truth is that his actual NASA involvement is not quite as claimed. Almost 13 years ago he spent 4 years between 2001 and 2005 working at NASA as a computer scientist, and that’s it, that is the sole basis for the claim. I’m not exactly convinced that writing a bit of C++ for NASA gives you an inside track to NASA “truth”.

You can also paint me utterly unsurprised to find the headlines are a bit of a clickbait con.

His article within The Conversation is titled “Are we alone? The question is worthy of serious scientific study”.

So what exactly do we learn from that article?

He attended a conference in 2002 at which somebody said “You have absolutely no idea what is out there!”

He relays an incident concerning the US Air Force and suggests “Clearly there must be something to this“. Er yes, there probably is, but a more reasonable explanation is that the US Air Force like to promote the idea of “Aliens” to cover up sightings of experimental aircraft.

It is all basically speculation …

I believe we need to face the possibility that some of the strange flying objects that outperform the best aircraft in our inventory and defy explanation may indeed be visitors from afar – and there’s plenty of evidence to support UFO sightings.

How exactly does he make the leap from, “Oh look, here is something we don’t understand” to “aliens“, and dismiss the far more reasonable explanations such as balloons or experimental military aircraft?

His next move is to wheel out the oft quoted Fermi Paradox as “evidence” that they must be out there. The problem is that there actually is no Fermi Paradox at all …

This “paradox” is a formally invalid inference, both because it requires modal operators lying outside the first-order propositional calculus and because it is unsupported by the observational record.

He also claims that there has been a deliberate cover up by governments. To back this up he quotes various articles as proof. The one tiny catch here is that if you check his link, what you discover is not exactly evidence of that …

It is a Taboo Topic

He then goes on to write …

When it comes to science, the scientific method requires hypotheses to be testable so that inferences can be verified. UFO encounters are neither controllable nor repeatable, which makes their study extremely challenging. But the real problem, in my view, is that the UFO topic is taboo.

Essentially what UFO believers who happen to work within the scientific community do actually face is criticism for making utterly unfounded speculation. They are advised, “Don’t do that“. It is “taboo” in the sense that making huge leaps of speculation will merit well-earned criticism for such leaps of faith on the basis no evidence at all.

In a nutshell, this is what I’m getting at …

I think UFO skepticism has become something of a religion with an agenda, discounting the possibility of extraterrestrials without scientific evidence, while often providing silly hypotheses describing only one or two aspects of a UFO encounter reinforcing the popular belief that there is a conspiracy. A scientist must consider all of the possible hypotheses that explain all of the data, and since little is known, the extraterrestrial hypothesis cannot yet be ruled out

Again, Jesus no. It is the belief in aliens on the basis of no evidence at all that is akin to a cult. If a hypotheses is to actually be a real hypotheses then it must be testable and falsifiable. Speculation that it is an alien spacecraft does not meet the burden. The idea that “You can’t rule the possibility out” hence we should seriously consider it is not how science works. You don’t start believing stuff until you have good solid evidence for doing so. If you want to employ this logic then consider these statements …

… if you can’t dismiss speculation, hence “Aliens”, then why dismiss any of the above, or anything else you can dream up.

Sincerity does not make it true?

The media amplifies the skepticism by publishing information about UFOs when it is exciting, but always with a mocking or whimsical tone and reassuring the public that it can’t possibly be true. But there are credible witnesses and encounters.

… except that also is not exactly true. That statement is made on the basis of no evidence at all. Often media stories do take the claims seriously and tend to to be critical or mock. Just check his own article and also they various stories that build on that and you will not find criticism or mockery. That’s a problem, because unfounded speculation does merit criticism.

The term “credible witnesses and encounters” is also not evidence. People can and do sincerely believe specific things that are not actually true at all. For example, consider the vast diversity of religious beliefs that prevail. Those that believe are quite sincere, yet beliefs are mutually exclusive, they can’t all be true. Clearly sincerity is not the same as “true”.

Do you know what that 4.6 percent were not doing?

They were not leaping to the conclusion “aliens”, but instead went with, “Gosh, that was something I could not identify“, and so often put it down to something more reasonable such as atmosphere distortion or similar, but with no evidence left it as “unknown”.

Reliable people can and often do see things they can’t explain.

I do agree that this itself is worthy of study. Sitting between our ears is an amazing pattern matching engine and takes sensory input and constructs a model of the world around us.

As for studying “aliens”, how about coming up with something better than “Oh gosh, here is something somebody was not able to identify, it must be aliens“, because right now after many many decades of this, that is still all we have.

Interestingly enough, there are now literally billions of people who carry smartphones with high-resolution cameras. So far the number of clear unambiguous pictures – zero. What is also interesting is that the numbers of reported sightings of something unknown has dramatically dropped.

Side Note: I just happen to also personally know somebody who worked as a Test Pilot in what is often referred to as Area 51. Guess what … no aliens.

I have no problem with the idea that there might be life elsewhere. What I do seriously doubt is that aliens are here and playing hide-and-seek with us.