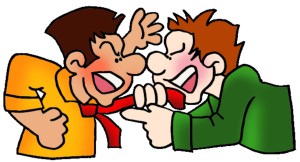 Most of us tend to engage in on-line discussions these days, and the rather common pattern you will often observe in that context is as follows:

So how should online debates, or for that matter face-to-face debates, play out in an ideal scenario if they are to be truly effective?

It turns out that there are some very good bits of advice out there.

In Intuition Pumps and Other Tools for Thinking, Danial Dennett offers what he calls “the best antidote [for the] tendency to caricature one’s opponent”. This is actually a set of rules that was worked out by social psychologist and game theorist Anatol Rapoport,

Mr Dennett distills it all down to the following:

How to compose a successful critical commentary:

If the above took place then the online world would indeed be quite different, but being realistic you know that many will never ever do that. However, what is interesting is that Mr Dennett points out that doing the above is a very sound psychological strategy because it accomplishes one key thing:

It transforms your opponent into a more receptive audience.

If you have the facts on your side, and you have evidence, then often the only thing missing is the willingness of others to listen, and so perhaps the above is truly the best way to engage online because it then enables you to tell those that you disagree with to “Go to Hell” in a manner that enables them to pack a case and be looking forward to the journey.

1 thought on “How to debate effectively within the online inferno”