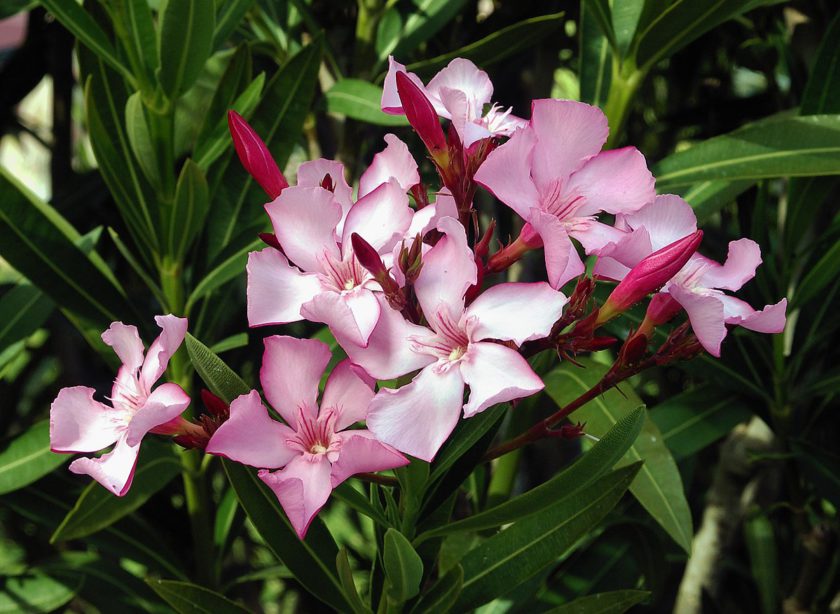 Enter stage left – Oleandrin. To set the scene and also to act as a quick reminder, we have previously had the promotion of Hydroxychloroquine, a COVID-19 “Cure” that really does not work. We have also seen the promotion of the idea that injecting bleach should be “looked into”. Could he possibly learn any lessons from the resulting fallout?

We have the chief executive of My Pillow, a Trump donor, who claims that oleandrin is a miracle cure for Covid-19. Since he is good buddies with Trump, he has been pitching it to him to promote.

To be clear, this is a rather blatant scam, not a cure. There is no evidence that oleandrin is a miracle cure for Covid-19.

What exactly is Oleandrin?

Oleandrin is a toxic cardiac glycoside found in the poisonous plant, oleander.

There is no clinical evidence to support specific doses of oleander. Extreme caution should be used because of its acute cardiotoxicity, hepatotoxicity, and nephrotoxicity.

There are reports of primitive people using this. However they did not use it as medicine, but instead as arrow and dart poisons.

The Pitch to Trump as a COVID-19 Cure?

AXIOS carries the earliest report of this. It was published on Aug 16, 2020. There we learn …

The experimental botanical extract, oleandrin, was promoted to Trump during an Oval Office meeting in July. It’s embraced by Housing and Urban Development Secretary Ben Carson and MyPillow founder and CEO Mike Lindell, a big Trump backer, who recently took a financial stake in the company that develops the product.

Here we have a couple of snake-oil guys rocking up to the White House and successfully selling him a fake cure for COVID-19 that is quite literally lethal.

Senior administration officials familiar with the internal conversations around oleandrin have raised concerns about the way this botanical extract — pushed byAndrew Whitney of Phoenix Biotechnology — is being promoted at the highest levels of the Trump administration.

Now the truly scary part to all this

If you want to sell medicine, then you need to prove that it works. That involves lots of clinical trials.

However, if you instead sell your “cure” as a dietary supplement, and simply imply it will work without actually explicitly saying it will, then you don’t need to prove anything at all.

Whitney said he is also pushing the FDA to allow oleandrin to be sold off the shelf as a dietary supplement — a move that could be made immediately, Whitney has told administration officials

Whitney said that by “cure” he means the symptoms go away quickly “in the vast majority of cases.”

Yep, you nailed it. Exactly none.

Further Reading on Oleandrin as a supposed COVID-19 “Cure”