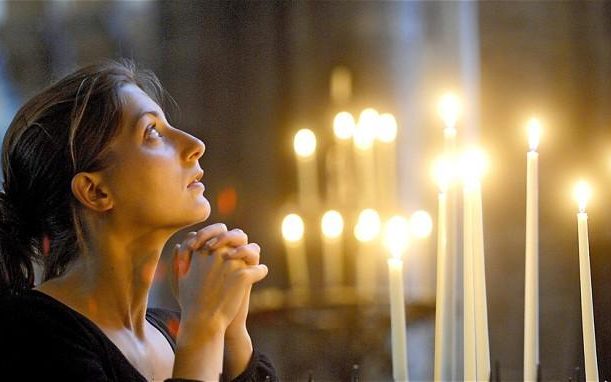 The National Center for social research has recently released some new statistics. In this they reveal that the decline of religion within the UK appears to have halted. The UK’s Telegraph has in turn picked this up and run with that ..

new figures from Britain’s longest-running and most important barometer of general public opinion suggest that reports of the imminent death of Christianity at least may have been greatly exaggerated.

The overall proportion of Britons who described themselves as Christian actually rose one percentage point in the last year from 42 per cent to 43 per cent.

And that corresponds with a one point fall in the number of so-called “nones” – those who describe themselves as having no religion – from 49 per cent to 48 per cent.

Exactly how “Major” is this study?

The British Social Attitudes survey is quite real, and also quite impartial. Each and every year this has been conducted via an interview of roughly 3-4 thousand randomly selected individuals.

However, a difference of just one percentage point between this year and last year is not sufficient to declare a specific trend has reversed.

As for the actual data, at the time the Telegraph story was run, we did not have access to the survey results, but we do now.

The 2015 British Social Attitudes survey consisted of 4,328 interviews with a representative, random sample of adults in Britain with a response rate of 51%. Interviewing was carried out between 4th July and 2nd November.

The statistics represent the answer people gave to the following question:

‘Do you regard yourself as belonging to any particular religion? IF YES: Which?’

Yes, they went with a clickbait headline, but to keep themselves honest, buried in the middle is the truth …

Indeed yes, regardless of what the headline might suggest, the data sample is quite frankly too small to be truly representative for trend of the actual beliefs of the UK’s population of 66 million humans at any point in time and so they do need to be handled with an appropriate degree of skepticism.

What is more interesting is that you can see over time the long-term trends.

There are two specific things we can observe.

The second key observation is how things breakdown by age, the young are not as religious of the old and so clearly the stage is set for an on-going decline of belief as the older generation passes away …

The latest results, 49% to 48% will be grasped by the religious as “proof” that the decline is over, but no that is simply not the case.

Perhaps the final word should go to Prof Linda Woodhead

Prof Linda Woodhead is one of Britain’s leading experts on the sociology of religion. She recently co-authored the book “That was the Church that was” charting the decline of the Church of England. When asked to comment on these latest statistics, she has observed that the long-term trajectory is still downward.

“The decline of religion particularly Christianity and the rise of no religion has always been a very slow, long-term process,”

“It probably goes back a century, although we don’t have the data.

“We shouldn’t be looking to see a collapse in numbers in a few years, we have got to look at the long-term picture.

“But I can’t imagine any factor that would lead this long-term trend to change.

“If you look at the things that really matter to people – what they do with their babies, how they get married and how they deal with their dead – the rise of non-religious funerals, civil weddings and non-church baby-namings is very steady as well.”