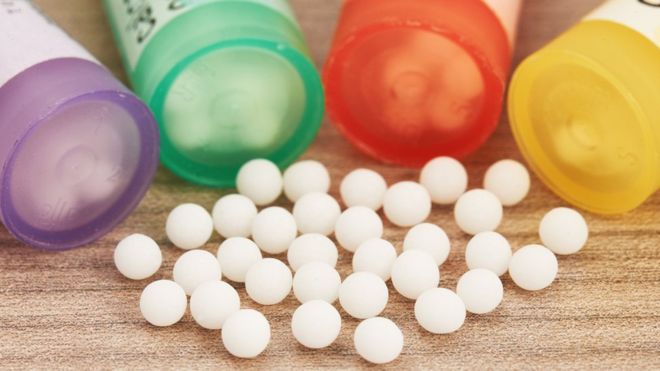 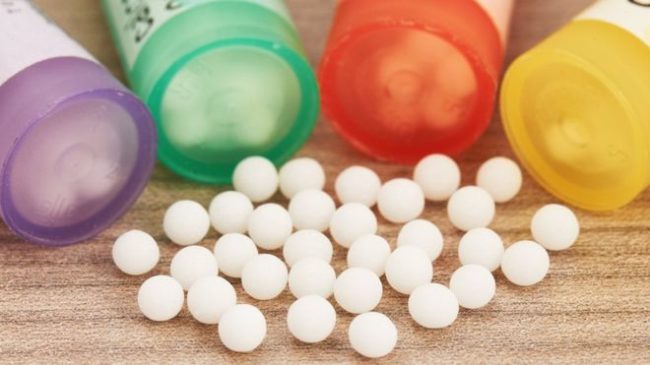 Homeopathy is having a very bad week. Given the observation that there is no credible evidence that verifies that it actually works, then this is not a surprise.

This week there have been two Homeopathy items that have popped up in the news cycle. Let’s briefly cover each in turn.

The UK’s National Health Service is ending Homeopathy in London

This comes via various sources. For example, the BBC reports it here …

A major centre of homeopathy will no longer be able to spend NHS money on the controversial practice.

Homeopathy is based on the idea that “like cures like”, but scientists says patients are getting nothing but sugar.

Campaigners said the move was “hugely significant and long overdue”.

The NHS itself says: “There is no good-quality evidence that homeopathy is effective as a treatment for any health condition.”

They even quote Michael Marshall …

Simon Stevens, the chief executive of NHS England, has described homeopathy as “at best a placebo and a misuse of scarce NHS funds”.

The Good Thinking Society, which has campaign for the NHS to stop spending money on homeopathy, said the latest move was “hugely significant, and long overdue”.

Its project director, Michael Marshall, told the BBC: “This move means that London has now joined the vast majority of the country in consigning homeopathy to the history books.

“The only areas of the UK still wasting money on these disproven treatments are Bristol and Glasgow.

“Hopefully, sensible decisions will be made in those cities too, and we can finally move away from throwing limited NHS resources at these ineffective treatments.”

Just to ensure you fully grasp this, they have not banned homeopathy, but instead have taken the sensible decision to not waste NHS resources on stuff that does not actually work.

If somebody truly believes and prefers to abandon real medicine and go for sugar pills then they can still do so. Just not on the NHS using public funds, and so they will need to pay for it themselves. Given that it is just content free sugar pills that do nothing, then it will probably not cost too much. 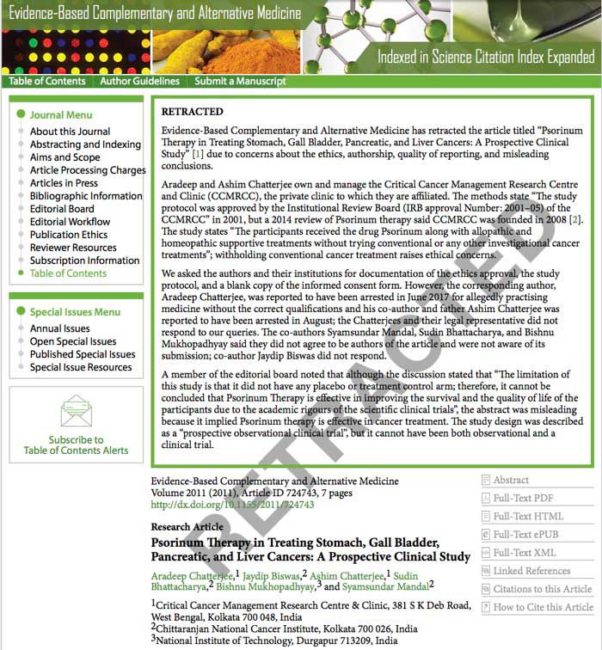 There is a pseudoscientific journal called Evidence-Based Complementary and Alternative Medicine that published a paper that claimed a Homeopathy cure for cancer. Even for their readers that was hugely problematic and so last month they redacted it.

I, and others, can’t help be wonder something. If you publish something in a pseudoscientific journal that turns out to have been faked, then do we deem it to be pseudo-pseudoscientific?

Ashim, a practising homeopath, and his son, Aradeep, a cancer specialist, were both arrested last year for being what the Indian media called ‘fake doctors’ – with police saying the pair operated their clinic without holding the necessary medical qualifications they claimed to possess.

According to reports, Aradeep claimed to be an MD in integrative oncology but has no medical degree, while his father’s allopathic medical degree is also alleged to be fraudulent.

That however was last year. What has now happened is that the pseudoscientific journal has also decided to cut them loose and redact their paper.

Last month, the editors of Evidence-Based Complementary and Alternative Medicine issued a retraction of the pair’s 2011 blister pus paper, citing “concerns about the ethics, authorship, quality of reporting, and misleading conclusions”.

Chief among the editors’ concerns, the researchers claimed their study protocol was approved in 2001, but their clinic was only founded in 2008. Hmm.

When asked to clarify the situation, the Chatterjees did not respond – but even more damning, three other co-authors listed on the paper said they never agreed to be credited as such, and were not even aware of the study’s submission to the journal.

Other issues with the research are more glaring and arguably should have been caught well before the paper’s publication in 2011.

Notably, participants in the psorinum trial hadn’t previously attempted conventional cancer treatments, which raises ethical questions about the Chatterjees’ provision of care, and other technical problems with the research’s presentation suggested the paper wasn’t ready for publication.

Why was it published then, and why were the errors only picked up years down the track? Sadly, this looks to be one of those cases where peer review isn’t adequately performed, and part of the responsibility for that has to be levelled at the journal itself.

This specific journal will publish almost anything for a fee. I say “almost” anything because rather obviously what has actually happened is the realisation that they had published a fake paper by fake doctors and that was apparently a step too far even for them.

Does this move grant the pseudoscientific journal some credibility?

I have written about ‘EVIDENCE BASED COMPLEMENTARY AND ALTERNATIVE MEDICINE’ (EBCAM), on of the leading alt med journals before (for instance here and here). To my embarrassment, I must admit to having been a member of its founding editorial-board; but I left when things started looking suspicious. In the latter post, I pointed out that:

Bottom Line: A predatory journal that publishes “useless rubbish”, tries to salvage some credibility by redacting a fake cancer cure paper by some fake doctors.

The only thing to perhaps wonder is that if you purge useless rubbish from a sea of useless rubbish, then does that in any way actually increase the quality of what is left?

Probably not, but it does perhaps enable them to carry on charging $2500 for the publication of each article. The problem was never an actual quality issue, but instead was the need to maintain the illusion of credibility.