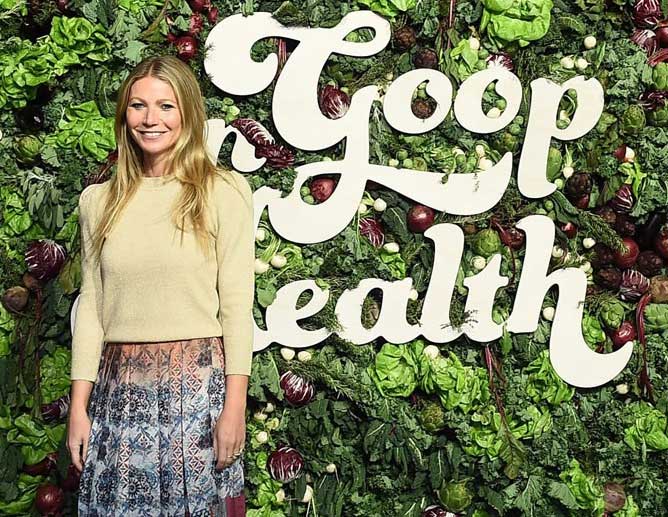 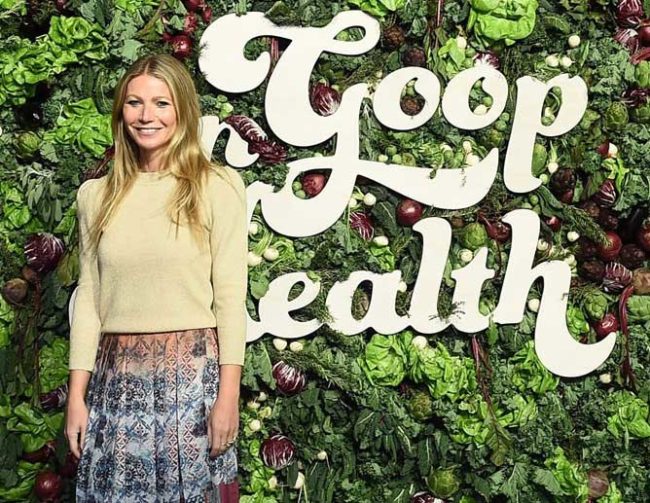 Goop is not about bulk-selling pseudoscientific nonsense, instead it is an attempt to cast an aura of credibility by cranking up the prices of such gibberish to such extreme that the word “astronomical” does not quite cut it, and so “Astrological” is more appropriate because it all all so unbelievable, and yet there are people out there willing to participate.

Just to be clear about this, spending your money on anything sold by goop will yield more or less the equivalent return on investment to piling your cash into a sack, taking it into your back yard, and then burning it.

One of the prominent critics of Goop Health is Dr Jen Gunter. She is a gynecologist, obstetrician, vaginal health expert and author, who when faced with blatant BS, happily calls it out (yea – signed up fan club member here). For example she rather famously highlighted the Goop Jade egg that sold for $66. This was sold with the idea that it should be shoved up the female Vagina so that it could improve Orgasm and also “increase vaginal muscle tone, hormonal balance, and feminine energy in general,”. That highlighting of this rather blatant con quite rightly went viral and so the Washington Post picked it up and ran an article on it all.

You might think that it is not big deal if people with more cash than common sense splash out $66 on a Jade Egg, but this is not simply harmless stuff that Goop promotes using fraudulent claims, there are also serious health risks …

As for the recommendation that women sleep with a jade egg in their vaginas I would like to point out that jade is porous which could allow bacteria to get inside and so the egg could act like a fomite. This is not good, in case you were wondering. It could be a risk factor for bacterial vaginosis or even the potentially deadly toxic shock syndrome.

Indeed yes, she really did it, she took a hit for the team and signed up to attended Goop Health.

You would think that letting one of their most prominent critics buy a ticket to attend would be something that might cause them some concern, but apparently not, and she explains why …

I didn’t advertise I was going and I’ve been a little quieter on social media this week as I didn’t want people to realize I was in New York and put two and two together. The detective work that my Twitter collective can produce is mind-boggling.

I was initially worried they wouldn’t let me register, but some quick homework told me they had offloaded registration to a 3rd party so I thought it highly unlikely there was a no fly list. I did consider that I was just full of myself and they just didn’t care about me attending, however, along the way I received a tip that the GOOPsters hate me more than gluten, cow’s milk, and McChemicals combined so I think they just never thought I would go. Knowing that and managing to get in made it worth every penny.

Oh wow, and so into the Lion’s den she ventured. She even registered using her own name and spoke to the Goop folks there, but nobody recognised her. It can actually be like that sometimes. A rather famous example of this (in some circles) concerns the time that the premier for a new creationist propaganda movie was being shown. They recognised a prominent evolutionary biologist named P.Z. Myers queueing up to attend and so they refused to let him in because he was a well-known critic. What was quite funny about that is that PZ had a friend with him that they had no problem with and so they let him in. His friend, whom they did not recognise, was Richard Dawkins.

So what happened at Goop Health?

If you are familiar with the prevailing nonsense that is Goop, that yes indeed, it lived up to expectations and so it was everyone you can imagine plus more – basically woo on steroids. Jen’s posting is long and detailed, but also very entertaining and insightful, it is well worth reading.

…There was also charcoal lemonade. It tasted like lemonade. The guy handing it out said it was good for “toxins.” I explained that charcoal was an antidote for poisoning and that it did not bind toxins and that I was toxin free. He didn’t care. At “In GOOP Health” the truth is irrelevant and words are meaningless….

… Then the fucking carnival rolled into town. There were back to back sessions where we learned that death IS NOT REAL. And it’s great. Laura Lynn Jackson, a “research medium” (see, words don’t matter), told us how she worked with clients to connect them with their loved ones. She strolled the crowd and her spiritual guide, who I assume is named Cash Only, helped her select three random women (the first was related to a GOOP employee, color me shocked)….

…  I was frantically looking around. Everyone knows this is a cult right? …

… I sprained my neck rolling my eyes….

… I’ve been to many terrible medical conferences with soul sucking black holes as speakers. If I hadn’t been so enraged at the messages that a child dies because of insufficient love and that loves cures cancer I would have fallen asleep. I also wanted to see it through. Now I know the truth of “In GOOP Health” and it is ugly….

There is much more, but it is perhaps best to simply go read her posting. You will not be disappointed.

… The coffee was good. No enemas though….

Any news agency that covered the @goop health event favorably is ok with these messages:
1) love cures cancer
2) evidence based medicine is inferior to experience
3) lying about coming back from the dead is ok
4) mediums are real

"At this point I was frantically looking around. Everyone knows this is a cult right?" Undercover at a GOOP conference and it's even worse than you may have suspected. https://t.co/1FwCMyIc2u via @DrJenGunter

"The coffee was good. No enemas though." Jen Gunter at In @GOOP Health in #NYC! A must read. "Wellness Panem style" https://t.co/gzRHv4vUxF via @DrJenGunter #TeamJen!

While it's chic to make light fun of Paltrow's Goop conference – make no mistake. She is a hardcore snake oil peddler promoting dangerous nonsense. https://t.co/I6KEs3F14x