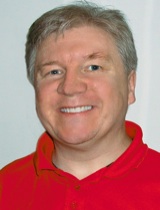 There has been a bit of on-line bickering going on that I’ve generally tended to keep out of, but a posting has popped up today that warrants some comment. It’s a really good posting by Michael Nugent of Atheist Ireland (pictured above) and is the latest in a series.

The context here is that some bloggers have been excessively critical of a few well-known individuals.

Mr Nugent’s involvement started when he jumped into the fray to respond to some criticism published in the Guardian, and since then it has escalated.

So here is the timeline …

Michael was then away at the OSCE Human Right meeting in Poland, and while there, several well-known bloggers stuck the knife into him … specifically Ophelia Benson, but also others.

Michael has now responded – Another week, another set of misrepresentations and personal smears

As a quick summary, his latest post makes the following points …

I have noticed five types of personal smears against me in recent weeks.

I’ll grant that anybody can misinterpret anything the first time that they read it, but some people have continued misrepresenting me even after any misunderstandings have been clarified. This is the same pattern as used on Richard and others.

His posting is long, but very accurate and wholly rational and fact-based, he careful goes through it all step by step, and then concludes …

So are these bad evil people with some hidden agenda going after him?

No, they mean well, and as with many, there is much that they write that I do indeed agree with and support, but when it comes to this specific stance they have been taking, they simply are not making a fact-based stance.

I do also applaud Michael for taking the time to engage and carefully pick through it all. I would like to hope that those deploying this attack might read what he writes, then pause and perhaps re-consider, but I suspect it will not play out like that.

The problem is that once people take a stance in public, it then become very very challenging to back down and admit they were wrong. This appears to be a universal human trait and even those that promote critical thinking are not immune to this.

One final observation, Michael Nugent is perhaps one of the nicest, decent and compassionate people you will ever meet, but my endorsement of his post is not simply based upon my very obvious bias, but rather because he really does have the facts on his side and carefully laid them all out.