Belief often insists that it retains the high moral ground and also asserts a monopoly over meaning, and yet the evidence for this is simply not there at all. It is perhaps all part of the psychology of belief where an appeal to our empathy is tapped into by asserting a claim that inside the belief resides all that is good and outside lurks evil and darkness, and so there is a motivation to retain the belief at all costs because we want to be good people who lead decent lives – in essence it is a trick that belief has evolved to ensnare us with. 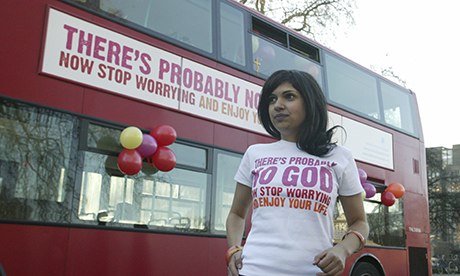 Ariane Sherine, the journalist and comedy writer who is perhaps best known for launching the Atheist Bus campaign (see picture), writes in the Guardian an article with some rather interesting thoughts within it …

…I looked to my friends for inspiration. There was Graham, who had given blood 50 times and had been vegan for 12 years; Nick, who had signed up without remuneration to an NHS medical trial; and another Nick, a charity worker and former VSO volunteer, who had organised a sponsored cycling trip in aid of disabled children in Tanzania. I was surrounded by people doing good things, and I’d barely been aware of it.I resolved to become a better person.

…I went to donate blood for the first time, signed the organ donor register and became vegan. I recycled as though my life depended on it, switched my electricity to Good Energy, and signed up with Age UK to volunteer to visit an elderly person for two hours a week. I also decided to sell 50% of my possessions in eBay charity auctions (which started last night), aiming to raise more than £3,000 for Médecins Sans Frontières. And, unexpectedly, I found that every new thing I did made me happier.

… and so what she is really building up to is this …

Indeed yes, as I have often observed, atheism is simply the rejection of god claims due to a lack of evidence. For everything else it remains silent and includes no guidance or advice on anything else. So if you do not find direction or meaning from an ancient text, or for that matter, a rejection of such texts, then where do you find it? This is perhaps one answer … a desire, not to simply live a good life but to also encourage others to do the same and so make the world a far better place.

The outcome from all this is that she and her friends have created a campaign advert and written an ebook, Give: How to Be Happy. 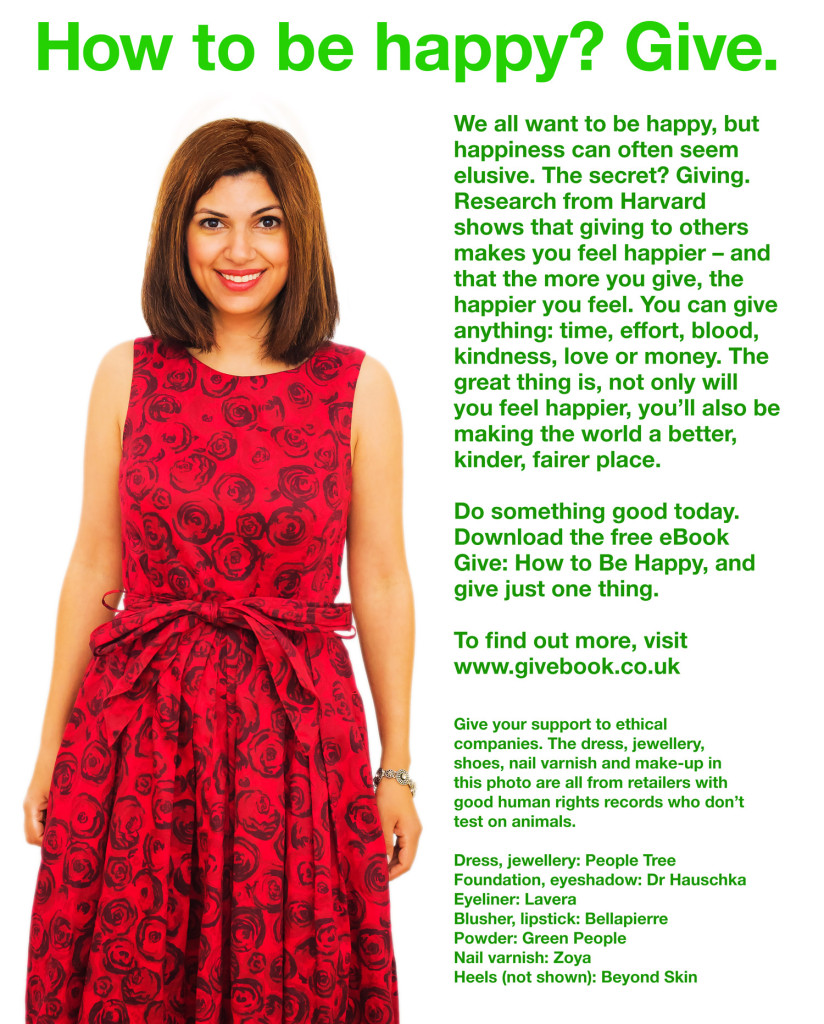 In many ways I find this quote wholly appropriate …

If there are no gods, then you will be gone, but will have lived a noble life that will live on in the memories of your loved ones.