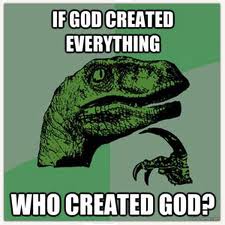 Giles Fraser, a well-known UK C of E cleric who was previously canon chancellor of St Paul’s Cathedral, has an “Ask a Grown up” column in the Guardian. OK, I can’t resist the side quip, a chap who likes to dress up in a dress and encourage the rest of us to believe in his imaginary friend is deemed a “grown-up”? Actually I’m not being fair, he does have some basic decency and principles, and does think for himself, that is why he is no longer canon chancellor of St Paul’s. The story there goes back to October 2011 when Occupy London based their protest outside St Paul’s. Fraser, as cannon at the time, said that he was happy for people to “exercise their right to protest peacefully” outside the cathedral. However the powers that be in the Cathedral did not agree and wanted to use  force to remove the protesters, so he quit. Many salute him for taking that stance, and rightly so, it marks him out as a decent human being.

Anyway, the question tossed to him today comes from eight-year-old Grace, and is, as highlighted by the title … “if God created everything, who created God?”

Does he answer it? Alas no, but I do find that while he does retain his stance that there is a God, he exercises a degree of honesty that you do not often find …

Christians say God does not have a beginning or an end. I find it hard to understand this. But it’s a bit like asking what there was before the universe was created. …. Another way of understanding this is to say there isn’t a scientific explanation. What I believe is that God is love, and love is the most powerful thing in the whole universe. It tells us that whatever happens, however bad things can seem, love is always there at the bottom of things. I may be wrong about this, but I really hope I am not.

He states the position of believers, “God always was”, but is honest enough to also observe that he does not really understand, then goes on to also observe that there is no science behind this claim. What then comes is a descent into sentimentality, and the thought that he hopes he is right, but is honest enough to acknowledge that he might not be.

The question itself is of course a key philosophical question that cuts directly to the heart of the matter. You might challenge a believer with “but why do you actually believe, what evidence do you have that there is a God?“. A rather common reply is some flavour of the  design argument, “Well who started the big bang?“, or “Look around you, it must have all come from somewhere“, and so the answer is “God did it“. Funny thing about that is the way in which the God that did it always turns out to be the God concept embraced by the claimant, all other God concepts are rejected.

So what exactly is wrong with this answer? Two observations …

Who created the Universe? God did it. Ah but who created God? Oh God always was.

The core assumption is that there is a rule that everything has to have a cause, but there is no evidence that this is actually true. Then, as a first cause, there is claimed to be a supernatural entity that does not conform to this rule. Well, if everything has a cause, then what makes this made-up God concept an exception?

When faced with things that we simply do not comprehend, the most honest answer is “I don’t know”, making stuff up does not yield a solution, it simply adds layers of pointless complexity and also stifles our curiosity. It is this same curiosity that drives our motivation to find out the things that are really true and can be verified with evidence, so stifling this with made-up answers will only delay finding the correct answer.

As for the question, “Who created God?”, the answer is that we did as a way to try and gasp meaning and understanding.

As for Mr Fraser, I suspect he will end up becoming one of those C of E bishops who does not actually believe any of the supernatural claims.