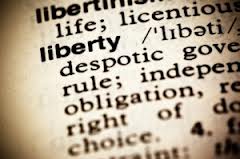 Those that believe will sometimes ask, “Why are you atheists so angry?”, and the implicit question question buried there is to perhaps ask why people get so angry about something they don’t believe in.

The answer is that non-believers are quite happy for believers to believe whatever they wish, that is a very basic human right called “freedom of thought”. In fact, people should be free to believe things even if it is obviously not true. The reason people get upset is very much down to irrational beliefs imposing themselves upon others by force and crosses the line and manifests as homophobia, misogyney, intolerance and rather sadly also violence and murder. While variations of belief such as extreme Islam have cornered the market when it comes to all of that, they do not have the monopoly on this because many other beliefs also impose themselves.

Hemant Mehta (the Friendly Atheist) writes about some quite appalling behaviour by Mayor John Rees who had an Atheist removed from a meeting of the Winter Garden City Commissioners (in Florida) because he refused to stand up during a prayer at the start of the meeting. He explains ...

At yesterday’s meeting of the Winter Garden City Commissioners (in Florida), Mayor John Rees announced that they would begin with an invocation and the Pledge of Allegiance, as many government meetings do, and asked everyone to stand up.

John Thoreau, an atheist, remained seated. Normally, that would be irrelevant since he has every right to do that, but Rees had other ideas.

As the first syllable of the invocation was uttered, Rees told everyone to hold up because Thoreau was still sitting down…

Rees: We’re waiting for everyone to rise.

Thoreau: Sorry, are you waiting for me?

Thoreau: I don’t have to.

Rees: Well, we appreciate — you may rise or you may leave the room as we give our prayer and our Pledge of allegiance to the flag.

Thoreau: I don’t believe I have to do that, thank you.

Rees: I believe you have to [unintelligible]…

Rees didn’t press it and the sectarian invocation (in Jesus’ name) continued. Then when it time for the Pledge, the conversation started up again:

Rees: Now, sir, please stand while we do the Pledge… please stand. Children have to do it in school, too.

Thoreau: Yes, and they don’t have to be there…

Rees: This is respect for our country…

Thoreau: I understand that, sir.

Rees: You have one of two choices, sir. You may please stand for the Pledge. You don’t have to say it. Please stand.

Thoreau: I don’t have to do that.

Rees: [I’m] asking you to either stand or please be escorted out [as we do] the Pledge. It’s just not fair to our troops and people overseas, sir.

Thoreau, a member of the Central Florida Freethought Community, was quickly taken out of the room.

As you might imagine, this resulted in people getting angry about what happened.

The Freedom From Religion Foundation has now stepped in and written a letter to the city that spells out the constitutional violations of which the Mayor is guilty and telling them how they must remedy the situation.

To make things even more interesting, several atheist members of the CFFC will attend the city’s next meeting in two weeks and remain seated during the invocation and Pledge – so what happens then will indeed be a bit of a test for Mr Rees. Will he act like a decent human being and offer the appropriate apology, or will be get a repeat. The spotlight will be verity much on him because the article about what happened was originally published in Hemant’s Friendly Atheist blog and then picked up and repeated here in Time.

Now are you thinking to yourself, “Gosh I’d like to have been there and seen that” … well hey you can, because it was recorded …

One final Thought – What’s the problem with the Pledge?

You might be wondering why an atheist would refuse to stand for the pledge, and might also ponder the thought that not doing so is being very disloyal.

But hold that thought for a moment and remember that the words of the pledge include the claim that the US is … “one nation under God”. That’s not just pledging loyalty to the US, that is a religious pledge and there is the problem for those that do not believe. This pledge is something that would result in the Founding Fathers rolling in their graves.