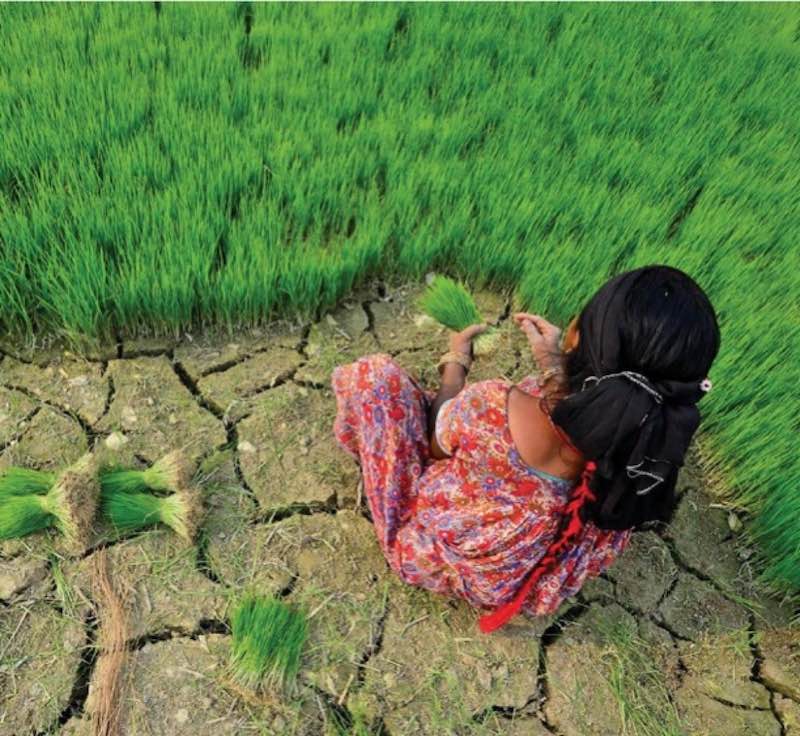 An international commission that is focused on climate Adaptation and is led by Ban Ki-moon, 8th Secretary-General of the United Nations, Bill Gates, Co-chair of the Bill & Melinda Gates Foundation, and Kristalina Georgieva, CEO, World Bank, has just published a new report that calls for urgent action on climate.

The Global Commission on Adaptation has published it.

Beyond the three big names, they are guided by 34 Commissioners. These people are leaders from the political, business, multilateral, and scientific worlds. About 20 nation states, including Canada, China, India, Germany, and the UK are part of this initiative.

If you are wondering who this group are and where this all comes from, then the best way to explain that is by laying out the origins. Partners, or to be a tad more precise, parents of the Commission (that was formed in October 2018), include the Global Centre of Excellence on Climate Adaptation, a group that was launched at the UN Climate Summit COP 23 on 14 November 2017, and also the World Resources Institute, a global research non-profit organization that was established in 1982 with funding from the MacArthur Foundation.

This is a global conspiracy, but a good one. These are people with resources and influence. Their goals are environmental sustainability, economic opportunity, and human health and well-being, hence they have collaborated. The melting pot that binds them together has been the regular UN Climate Change conferences that take place each year. In the context of a scientific community pleading for decisive meaningful action, these are influencers and decision makers who have listened, responded, and are now striving for a meaningful response.

The report, published on 10th September 2019, calls on governments and businesses to take urgent action to innovate and advance climate adaptation solutions in light of new research findings.

What exactly does that mean, which five areas?

The above graph from the report is meant to illustrate the broad economic case for investment in a range of adaptation approaches.

The net benefits illustrate the approximate global net benefits to be gained by 2030 from an illustrative investment of $1.8 trillion in five areas (the total does not equal the sum of the rows due to rounding).

Actual returns will depend on many factors, such as economic growth and demand, policy context, institutional capacities, and condition of assets. Also, these investments neither address all that may be needed within sectors (for example, adaptation in the agricultural sector will consist of much more than dry-land crop production) nor does it include all sectors (health, education, and industry sectors are not included).

Their case for ambitious adaptation is clear, but it is not happening, hence reports like this are needed to motivate.

To address that, one key point they drive home is that climate adaption is not simply cost, there are also clear benefits …

It reminds me of this cartoon …

Why this report now?

The UN Climate Action Summit is happening on 23rd September (less than two weeks from now), at the UN headquarters in New York. This report is input for that. In other words, this is not simply a wish list, but instead is part of a very decisive plan of action.

As explained by their Press Release …

The report calls for revolutions in three areas—understanding, planning and finance—in order to ensure that climate impacts, risks and solutions are factoring into decision making at all levels. The report explores how these major changes can be applied across seven interlocking systems: food, natural environment, water, cities, infrastructures, disaster risk management, and finance.

The Commission will make several announcements and unveil additional actions at the UN Climate Summit in September 2019. These Action Tracks, which are outlined in the report, cover areas such as food security, resilience, disaster risk management, and finance.

The Commission will also announce the start of the Year of Action, at an event hosted by the Dutch Government, at the UN Headquarters, on September 24, 2019. The Year of Action will build on the report’s recommendations to mobilize action on climate change to be featured at the Climate Adaptation Summit in October 2020 in The Netherlands.

Ban Ki-moon, 8th Secretary General of the United Nations and Chair of the Global Commission on Adaptation, commenting on the report’s findings, said:

“Climate change doesn’t respect borders: it’s an international problem that can only be solved with co-operation and collaboration, across borders and worldwide. It is becoming increasingly clear that in many parts of the world, our climate has already changed, and we need to adapt with it. Mitigation and adaptation go hand-in-hand as two equally important building blocks of the Paris Climate Change Agreement. Adaptation is not only the right thing to do, it is also the smart thing to do to boost economic growth and create a climate resilient world.”

“People everywhere are experiencing the devasting impacts of climate change. Those most impacted are the millions of smallholder farmers and their families in developing countries, who are struggling with poverty and hunger due to low crop yields caused by extreme changes in temperature and rainfall. With greater support for innovation, we can unlock new opportunities and spur change across the global ecosystem. Adaptation is an urgent issue that needs support from governments and businesses to ensure those most at risk have the opportunity to thrive.”

“Climate change threatens homes, lives, and livelihoods everywhere, but it is the poorest who are often hit hardest because they lack the resources to cope. Without urgent action to respond to the ravages of climate change, millions more people could be plunged into poverty. The World Bank is increasing investment in adaptation because the evidence shows that resilient buildings, infrastructure, and public services are good for communities, business and the sustained growth of the entire economy.”

They explain it as follows within the report …

… the Commission—through Commissioner commitments and in partnership with others— will devote the coming 15 months to driving a set of Action Tracks that are essential to jump-start the needed transitions. In some cases, these actions will involve mobilizing political, technical, and financial support to existing initiatives; in other cases, they will entail forging new coalitions for change …

…The next 15 months are critical to mobilizing action on climate change and support global development. The Commission will champion the Action Tracks at the UN Climate Action Summit in September 2019 and throughout the coming year, including importantly at the Climate Adaptation Summit in the Netherlands in October 2020. The Commission will also aim to encouragecountries to raise the level of ambition on adaptation in the lead upto the international climate summit, COP26, in December 2020….