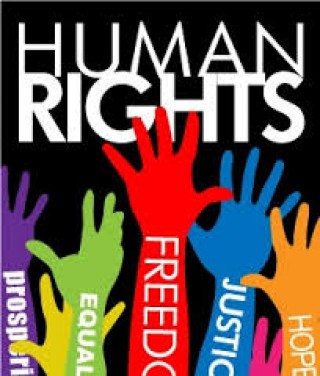 The United Nations has a Human Rights council, but of course you knew that. If you check out their site, there they lay out what they are there for in very plain terms …

The Human Rights Council is an inter-governmental body within the United Nations system made up of 47 States responsible for the promotion and protection of all human rights around the globe.

“All victims of human rights abuses should be able to look to the Human Rights Council as a forum and a springboard for action.”

Hey that is great. This gives humans a potentially better non-violent way to address some of the quite frankly appalling human rights abuses. If you were to think about which specific nations should be named and shamed then the shortlist that pops into your mind most probably includes China, Cuba, Russia, and Saudi Arabia.

As for who should be selected to sit on such a council, nations that might spring to mind include perhaps the Swiss, Holland, or say Belgium. Basically the nations that are not actually deploying their military in an aggressive manner, have a long democratic tradition, and perhaps are acceptable to almost any other nation as reasonable arbitrators.

Sadly this is not exactly how the UN Human Rights council operates.

They just had an election

Last Friday, 28th Oct, they  held an election to fill 14 of the 47 seats on the council. It was (quite rightly) a secret ballot, so no nations gets to find out who backed who.

One good news result is that Russia was tossed out. They had held a seat and had also submitted papers for re-election, but for rather obvious reasons, their quite frankly appalling behaviour has been one that that inspired most of those voting to reject them.

What inspires me to write about this a bit is not who did not, but rather who did get a seat on the human rights council.

Those that now officially have a seat for three years, starting on 1st January 2017 include Brazil, Cuba, China, Egypt,Iraq, Rwanda, and Saudi Arabia.

In other words, the poachers are now quite literally the gamekeepers.

There is a rather complicated technical term that sums this up. That one word term is …. WTF!

That can perhaps be expanded to some commentary to those who voted to something along the lines of “What the Fk were you thinking?”, or perhaps, “Are you out of your Fking mind?”.

Chronic human rights problems plague Brazil, including unlawful police killings and torture and ill-treatment of detainees. Many Brazilian prisons and jails are severely overcrowded, and the lack of adequate state control within the prison grounds leaves inmates vulnerable to violence and recruitment by gangs. Other human rights problems include degrading and abusive working conditions, violence against rural activists and indigenous people involved in conflicts over land, and killings of journalists and bloggers because of their work. Perpetrators of abuses during the military rule of 1964 to 1985 continue to be shielded from justice by an amnesty law passed by the military regime

The Cuban government continues to repress dissent and discourage public criticism. It now relies less on long-term prison sentences to punish its critics, but short-term arbitrary arrests of human rights defenders, independent journalists, and others have increased dramatically in recent years. Other repressive tactics employed by the government include beatings, public acts of shaming, and the termination of employment

China remains a one-party authoritarian state that systematically curbs fundamental rights. Since President Xi Jinping assumed power, the government has detained and prosecuted hundreds of activists and human rights defenders. Between July and September 2015, authorities interrogated some 280 lawyers – the backbone of China’s human rights movement – in a nationwide sweep. The government has moved to tighten control over nongovernmental organizations, activists, and the media through a slew of new laws that cast activism and peaceful criticism of the government as state security threats. The “Great Firewall” used to censor the Internet has been expanded. Despite legislation to curb end torture in custody, police and interrogators have found ways to evade legal protections.

President Abdel Fattah al-Sisi, who took office in June 2014, leads a country that remains in a human rights crisis. Authorities have effectively banned protests, imprisoned tens of thousands—often after unfair trials—and outlawed the country’s largest opposition group, the Muslim Brotherhood. A sweeping counterterrorism law has expanded the authorities’ powers. National Security officers commit torture and enforced disappearances, and many detainees have died in custody from mistreatment. The government continues to investigate independent NGOs and put journalists on trial.

Tight restrictions on freedom of speech and political space remain in place, contrasting with progress on economic development.  Amendments to the constitution allowing President Paul Kagame to stand for a third term in 2017 were approved by Parliament, then by the Rwandan public in a referendum. President Paul Kagame announced he would run for a third term.  Independent civil society remains very weak.  Pro-government views dominate domestic media, and the government has suspended the BBC’s Kinyarwanda broadcasts inside Rwanda indefinitely.  However, some radio stations have broadcast programs expressing critical views of the government.  The authorities detained people unlawfully in unofficial detention centers, including in military custody; some were held incommunicado and ill-treated

The worst of a bad lot

The jewel on the crown there just has to be Saudi Arabia. It has the very worst human rights record on the planet …

One wonders what comes next. Perhaps it will be a UN proposal to appoint pedophiles as schoolteachers, or the appointment of hardened criminals as judges.