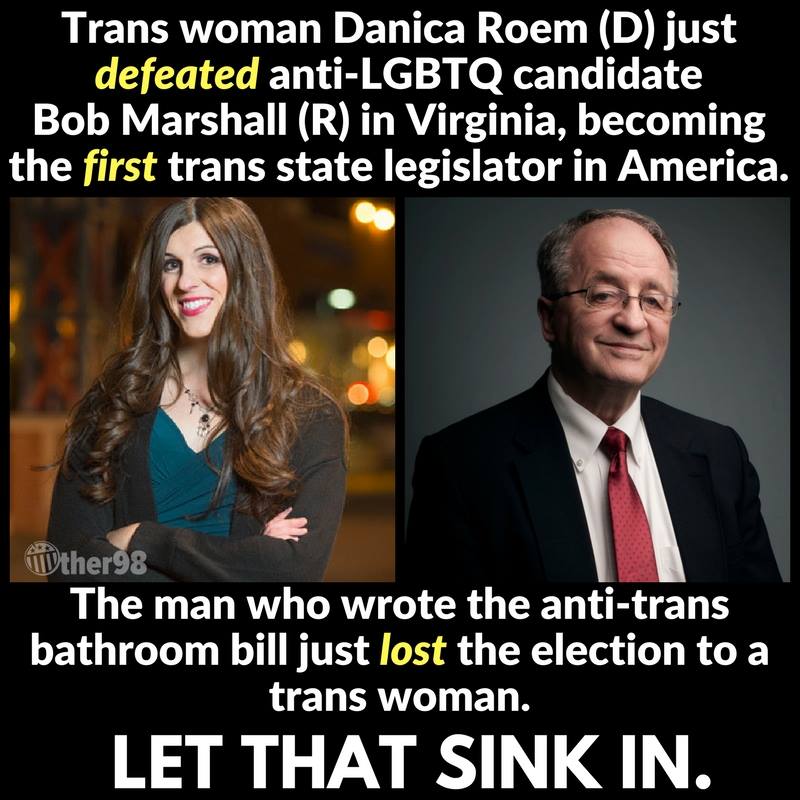 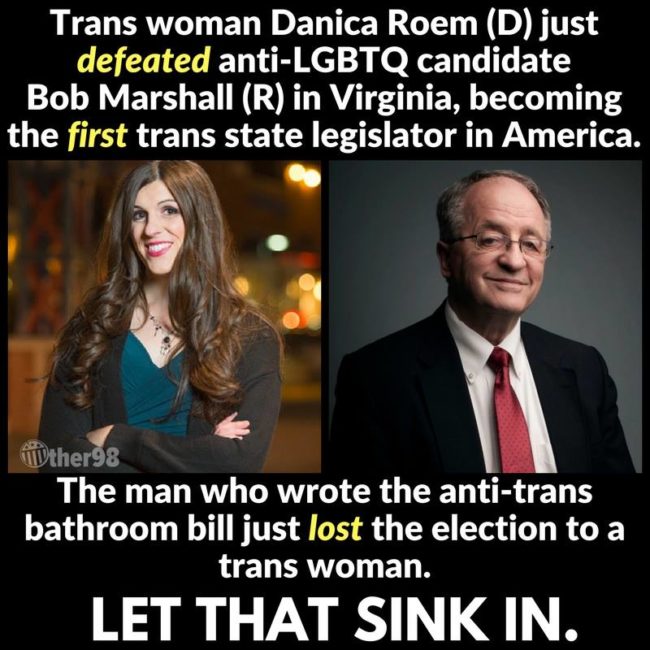 The award winning Journalist Danica Roem stood for election to the Virginia House of Delegates last Tuesday (7th Nov 2017) and she won. There are a couple of key points to note there …

This is a very potent rejection at the ballot box for the ideas that Mr Marshall spent a lifetime promoting.

How have the Religious community responded?

The essence of this posting is to highlight that things are not as you might anticipate. If you look then you will of course find the usual suspects peddling their literalist interpretation of various religious texts, but cast that net a bit wider and you discover something rather different. What follows are a series of tweets that illustrate this.

Andrew Walker who identifies as “Christian” tweeted out the following. Clearly it was designed to stir up a flow of anti-LGBTQ bias in the twitter-verse

… but the response he got was not quite the one you might anticipate.

Jack Jenkins, a reporter who writes about religion for ThinkProgress, harvested some of the responses from religious people and tweeted them all out. Here is that thread…

1. This tweet seems to backfired in a big way.

I’ve lost count of the faith leaders in my feed refuting its premise. Some examples… https://t.co/YQnNFLtTzS

He then goes on to highlight tweets such as the following …

As a Christian theologian, I’m listening to my transgender colleagues, working for LGTBQ rights across the board, and celebrating inclusion and transformation in churches. And I’m telling everyone I can the world is better when our elected officials better represent LGTBQ justice https://t.co/WG50I96pks

Good question. Here's a possible answer: everyone, no matter who they are or what they look like, is a beloved child of God, with infinite dignity and beauty, and should be reverenced as a beautiful creation. https://t.co/nCHX0bmZpe

Christian parent here. We're celebrating. We're preparing our son to embrace difference, not fear or discriminate against it. https://t.co/1dricxi1oR

Tell them that if they are trans, they too can run for elected office and beat transphobic bigots. https://t.co/fPhhCLUTJB

Given the fact that Danica's main issue was traffic in Prince William County, I might urge my kids to use public transit & buy electric cars. https://t.co/562QGPRJZF

And that’s what the new world needs. https://t.co/G5NmXYekxx

If you haven’t been preparing your kids to celebrate everyone’s gender & gender identity yet, @FlamingoRampant books are a great start. https://t.co/jy44mCCjoS

… and there are many many more like that within the thread, you should check it out.

What is clear is that regardless of their specific belief or lack of a belief, most humans are not obnoxious bigots.

Trump and those that support him might cast a dark shadow consisting of bigotry and open discrimination against anybody and everybody that is not cast in their specific preconceived variation of a very narrow intolerant political and religious belief, but beyond such darkness there is light and (if you will forgive the religious poetry), the light shines in the darkness and the darkness comprehended it not.

No I’m not taking a sudden left-hand turn into religion, instead I’m simply pointing out that while many are religious, I as a non-religious person can also acknowledge that many of them are also not obnoxious bigots as well, but instead strive to lead decent honourable lives, and I can happily applaud them for that. 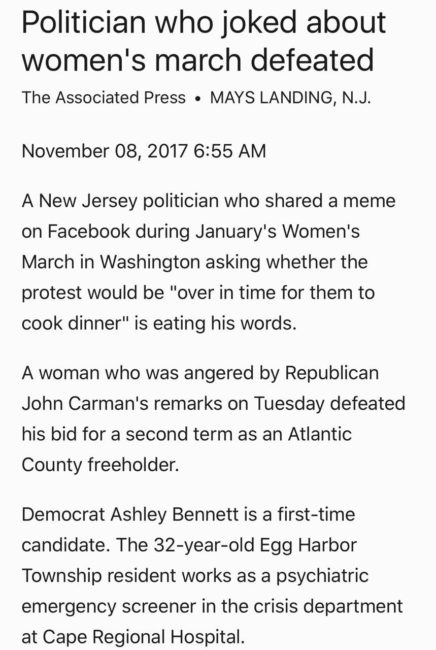 The world is not such a dark place after all.