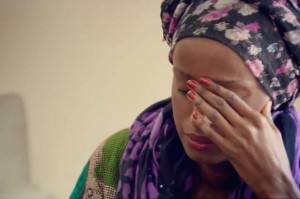 The horrendous experience of Leyla Hussein has motivated her to campaign against FGM (female genital mutilation), for this is tragically something that was inflicted upon her.

Anna Davis now writes in the London Evening standard about the rather depressing fact that political correctness and politeness is hindering progress in this area, she explains …

She [Leyla Hussein] decided to conduct an experiment to see “how crazy political correctness has become” but was left in tears by the end.

Approaching shoppers with the petition supporting FGM, she told them she wanted to protect her  “culture, traditions and rights”.

In only 30 minutes 19 people signed it with some saying they believed FGM was wrong but because it was part of Ms Hussein’s culture they would add their names. Only one person refused to sign.

Now that is indeed rather depressing. One can only wonder if things such as slavery, genocide, homophobia, or discrimination against specific groups on the basis of race gender or belief, would all be OK with those that signed if they just happened to be practised as part of a different culture.

The term at play here is “Moral Relativism“, this is a belief that there is no moral objectivity, and so we should tolerate the rather different behaviour of people from other cultures who embrace quite different values that do not align with ours.

Slavery is wrong, you know that and have no issue with that, but …

FGM is wrong, and even if specific cultures see no issue with it and practise it, it still remains inherently wrong … period.

Now, to be strictly fair, I suspect there might be more than just moral relativism at play here …

Ms Hussein broke down and said she was scared by people’s reactions.

“I kept using the word ‘it’s just mutilation’. They were like ‘yes, you are right’. How can anyone think that’s okay?”

She added: “FGM is not culture, it is violence. Stop using the culture word. This is happening to children. We are human beings, we can’t watch children being cut, I don’t care what culture you belong to.”

I suspect that while there was indeed a, “it’s a different culture”, thought that was in the mix here, it was also perhaps being combined with, “Here is a nice pleasant young lady that I don’t wish to offend by telling her she is wrong”, and so that mix proved to be a rather fatal combination that led decent honourable people to endorse a vile practise that they should have been prepared to condemn and refuse to sign up for.

Think carefully … if she had stopped you in the street and asked you to sign, what would you have done? Be honest, nobody is watching, this is something for you to think through for yourself. Would you have been like the 1 out of the 20 who refused to sign? If not, then perhaps it is time to rethink things and move yourself into that 1 in 20 category.

You can watch all this for yourself (if in the UK), Leyla Hussein’s campaign against FGM is the subject of a Channel 4 documentary, The Cruel Cut, which features these shocking scenes where she asks people to sign the petition and they happily do so, it will be shown on Channel 4 next Wednesday,  November 6 at 10.45pm.

If you do nothing else, at least sign the petition, it’s the right thing to do.