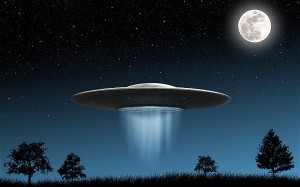 I’ve stumbled across an article in the Telegraph from a couple of weeks ago, it’s an interesting read, here is a quick extract …

Enthusiasts admit that a continued failure to provide proof and a decline in the number of “flying saucer” sightings suggests that aliens do not exist after all and could mean the end of “Ufology” – the study of UFOs – within the next decade.

Dozens of groups interested in the flying saucers and other unidentified craft have already closed because of lack of interest and next week one of the country’s foremost organisations involved in UFO research is holding a conference to discuss whether the subject has any future.

Dave Wood, chairman of the Association for the Scientific Study of Anomalous Phenomena (Assap), said the meeting had been called to address the crisis in the subject and see if UFOs were a thing of the past.

“It is certainly a possibility that in ten years time, it will be a dead subject,” he added.

“We look at these things on the balance of probabilities and this area of study has been ongoing for many decades.

“The lack of compelling evidence beyond the pure anecdotal suggests that on the balance of probabilities that nothing is out there.

“I think that any UFO researcher would tell you that 98 per cent of sightings that happen are very easily explainable. One of the conclusions to draw from that is that perhaps there isn’t anything there. The days of compelling eyewitness sightings seem to be over.”

Personally, I suspect this show will run and run and that in 10 years we will still have true believers. There are many other examples of things that have no evidence, have been robustly debunked, yet still persist, so I can’t see UFO’s being an exception.

I do agree that the rise of the Internet has indeed peeled back the covers and many previously interested folks have realised that there is nothing to it, so after shrugging their shoulders they have lost interest and moved on, hence the decline. I do understand; as a kid in the pre-Internet age I would devour all the usual UFOlogy books that did the rounds at the time, but that has (obviously) all fallen away now. Such books remained unchallenged when first issued, there was no access to google to go check the wild outrageous claims, and so those out to make  quick buck could happily do so.

Sadly yes, Erich von Däniken was the prevailing high priest and reigned supreme with “Chariots of the Gods” … yet google his name now and a few rather interesting facts bubble to the surface. He was previously convicted for fraud and embezzlement … yes really. Then shortly after that published his book, so of course a convicted fraudster would only ever tell you the truth in such a book, right?

I also hope for the continuing popularity of books like Chariots of the Gods? in high school and college logic courses, as object lessons in sloppy thinking. I know of no recent books so riddled with logical and factual errors as the works of von Däniken. — Carl Sagan

While not actually the first, he was indeed popular, but all his daft claims have been robustly debunked, and because of the rise of the Internet, we all now get to discover such details.

While indeed there is a complete lack of any actual evidence, the one thing we do have an abundance of is nuts (the human variety), and so the inevitable decline from its dizzy heights of popularity might indeed be on the cards, but there will prevail a persistent excentric fringe who don’t let little things such as a complete lack of credible evidence interfere in any way.

As it is with many other claims, so it will be with this one as well.

Not sure about all this? OK, let me put it this way, there exists an extraterrestrial species that is intelligent enough to traverse the universe, yet when they arrive, they sneak down at night, draw odd shapes in our food crops then promptly leave … yep, totally credible.