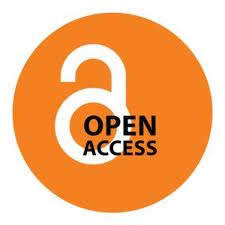 Graham Taylor, a director of academic, educational and professional publishing at the UK Publishers Association, writes an article in the UK’s Guardian today. Being a publisher, it should come as no surprise to learn that he is very much against those who are attacking the current model. His article is entitled, “Attacking publishers will not make open access any more sustainable“.

However, within of the comments, Mike Taylor, has taken the time to slice and dice it all … in detail. Here it is …

I don’t really have time for this, but I suppose I ought to respond to some of the grosser distortions.

Much has been written about journal publishers over the past few months but unfortunately this has focused almost exclusively on one side of the debate: the desire for greater access to peer-reviewed research outputs …

There is a very obvious reason for this. Everyone, with one trifling exception, is onone side of the debate. Funding bodies want the work they pay for to be universally available. Researchers want their work to be free to anyone who wants it. Other researchers want to be able to freely access what their colleagues have produced. Businesses want to use the research that their taxes have funded. So do private citizens. We want our doctors and nurses to have access to medical research. We want our teachers and lecturers to be up to speed on current science. We want our legislators to have up-to-date information. We want the Â£200 billion of new insights that text-mining can give us. We want the huge economic growth that free access to the research we funded will give us, to get out of this recession.

Against all those interests stands just one on the other side of the debate. Publishers. They and only they stand against greater access to peer-reviewed research outputs, and for a depressingly obvious reason: because it will cut into their profits.

And yes, it will. But that is a problem for publishers to solve, not one that need concern funders, researchers, businesses, doctors, nurses, teachers, legislators and other citizens. We all stand on one side; publishers on the other.

And that, of course, is why academic publishers have become the enemies of science.

Kind of ironic when you think what the word “publish” actually means. So-called publishers are the only people out to hinder publication.

… the desire for greater access to peer-reviewed research outputs, which publishers are painted as somehow resisting and restricting.

What can Graham Taylor mean by “painted as”? What can he mean by “somehow”? This is not open to discussion. Try to access an article: BAM, paywall. Read publishers’ statements in support of the RWA and against the FRPAA. It’s as clear as day. Publishers Resist Access To Research. That’s their business model.

(Note: to be clear, this is not true of all publishers. There are those, like BioMed Central and PLoS, that make their money by actually publishing research — making it available — rather than locking it up. They are the good uysd: with them, I have no quarrel.)

SERIOUSLY? That’s their answer? A 20th century solution to 21st century problem? Publishers expect people to get in a car and physically drive to a public library — if they can even find one after the most recent cuts — to electronically read material that they could easily read with devices they have in their own homes?

I could complain about the environmental impact, the appalling waste of time, the reliance on an ever-shrinking resource … But all of these fade into insignficance compared with the overwhelming disconnection from reality that this “solution” represents. If publishers really believe that physically going to a special magic building is a rational way for us to get access to the research we paid for, then they are more incompetent than I realised.

Much of the focus of this debate has been on the value of peer review and the role that scholars and researchers play in this process. By implication publishers are perceived as contributing very little, other than simply assembling articles into journals and pushing them onto cash-strapped libraries to make a gargantuan profit.

Very nicely put — I couldn’t have said it better myself.

That is a gross distortion of reality.

Nope — completely irrelevant. I have never once in my life made a submission to a journal on the basis of a solicitation, and I doubt anyone I know has, either. Researchers know what the relevant journals are in their field, without needing to be spammed by publishers.

This is done by software, and has basically zero marginal cost. The setup costs of buying the software in the first place may have been significant, depending on how inefficient the publishers is, but there’s no reason it need be: free software such asSFU’s Open Journal Systems and the Annotum platform allow journals to be set up at no financial cost.

This is done by handling editors who are of course volunteer academics in 90% of cases.

Editing is done by the editors (clue’s in the question) who we remember are volunteer academics. Preparation of manuscripts is of course what the author does — that’s why we call them authors. All at no cost to the publisher, indeed often the authors pays the publisher for the privilege.

I have no idea what, if anything, “producing” means here. Perhaps typesetting? I’ll give publishers that: in some fields (not maths or physics), publishers typeset papers. This is hardly onerous. When I had to do the same with one of my own papers recently, it took about an hour — that’s for a paper of 39 manuscript pages, so it came out to something on the order of two minutes per page.

I assume “disseminating” is code for “spamming”.

* and of course archiving.

Something that institutional repositories, subject repositories, LOCKSS, Portico, PubMed Central and many other services all do as well as, or better than, publishers.

* And the end result acts as a calling card and mark of quality, helping readers find content that is relevant to them and is trusted.

Now we’re getting somewhere: this is the true “value” that publishers provide: brand. When I say “value” I don’t mean that it has any actual value, of course, any more than the label on pair of Levi jeans does. But just as the right brand of clothes makes a kid appear cool to his classmates, so the right journal brand makes a researcher look cool to the kind of idiot adminstrators that too often have control over jobs and promotions.

That’s why people publish with barrier-based journals: brand-name. That’s all.

At a time when we are looking for an export-led recovery, UK-based scholarly publishers account for over £1bn in export sales.

And costs us two hundred times as much in lost opportunties, due to text-mining barriers alone.

Perhaps most important of all, from an access point of view, is the amount publishers have invested in platforms that support researchers in numerous ways. These include investments in article enhancement, visualisation, social networking, and mobile technology; valuable tools such as searchable image databases, navigation, alerts and citation notifications, and reference analysis. Publishers are also working on text-mining tools; linking to the datasets behind journal articles; and research performance measurement tools such as SciVal.

No, no, no. No-one cares about any of that stuff. Everything publishers are clumsily trying to do with visualisation, social networks and the rest, other people — specialists — are doing much better. People who are actually doing text-mining don’t want publishers’ “tools”, they just want publishers to get out of the way and let them get on with their work without harrassment.

The profit margins of some of the larger publishers are portrayed as a moral affront, given the budgetary challenges that libraries face.

Why, yes. Yes, they are. Because the profit margins of the Big Four academic publishers are all in the range of 32%-42% of revenue — much more than, say,Apple’s best-ever 24% margin in 2011. And that’s without actually creating anything.

Unfortunately, publishers seem to be part of a broader backlash against perceived corporate greed and abrogation of social responsibility.

What’s unfortunate about that? Turns out that corporate greed and abrogation of social responsibility are bad things. Who knew?

Mandated deposit in repositories is not a publishing model, has no associated revenue stream and, worse, threatens to erode the revenues deriving from the subscriptions on which the model depends.

And we do not care.

Mandated deposit in repositories is good news for funders, researchers, businesses, doctors, nurses, teachers, legislators and other citizens. If it’s bad news for publishers, then those publishers need to find a different business model or die.

OK, I’m done. Congratulations to anyone who made it to the end.

And my congratulations to Mike Taylor for doing a fine job with that long comment.