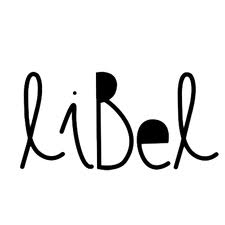 In December 2011 I was shocked to open the post and discover that I had been served with a Statement of Claim issued by a Canadian court. I was being sued for $3 million, not for something I had personally written, but for an anonymous comment posted by somebody else on my blog.

Was this truly credible, could a UK citizen living in the UK actually be sued from a Canadian court for a comment posted on a blog hosted by a US-based ISP. The short answer to that is yes, it was not only a genuine libel suit, but a default judgement issued by a Canadian court was enforceable in the UK. Because of the reciprocal arrangements that currently exist between the UK and Canada I faced being wiped out financially, not for something I had personally written, but simply because, like thousands of others, I ran a blog (this one in fact) that enabled others to post comments. Doing nothing was not an option.

What happened was indeed horrendous, but by looking back after having resolved it all I can now appreciate that it was in many ways self-inflicted and could have been avoided if I had been a bit wiser. If you blog, then you can now learn from my experience and hopefully avoid the considerable degree of stress that incidents such as this can generate.

I gave a talk about all this at TAM this year on “How to Avoid being sued if you blog”, and so that talk has now been published by the JREF a couple of days ago … here it is. Following it, I have included some extended notes below as well that highlight what I did wrong so that you may learn from my mistakes.

It all started back in April 2011 when I posted an article about Sai Baba, the Indian charlatan, and explained how he used a few magic tricks and some truly outrageous claims to glean a vast fortune over many decades. I carefully laid out the facts and also linked to the evidence.

It generated a few comments, some vigorously defending their guru and others outraged by the outright fraud and deceit. However, one specific comment, started out, “I have heard that there are many con men purporting to be the guru sai baba …”, and then proceeded to describe a similar degree of fraud being conducted by a Canadian based copycat who performed the same tricks and lived a rather lavish lifestyle as a result, and linked to the website for their cult.

A couple of weeks after the posting of the comment I received a rather bizarre and badly worded email of complaint. I was advised that the comment linked to a website that did not belong to the commenter, that it contained slander and if I did not cooperate, they would “be filling criminal charges”. It came from an anonymous hotmail account

Faced with an unpalatable bullying tone from what appeared to be a complete crank, I wrote a fairly sarcastic reply in which I pointed out that the term they most probably wanted was libel and not slander, that linking to other websites was not illegal, and that a more civil less threatening tone would be appreciated. They promptly replied explaining that they were not threatening me, but if I did not cooperate they would get their legal representative involved, and then signed off with “Best Regards”.

My immediate reaction was to wonder who signs threatening letters with ‘Best Regards’, and so my second reply sliced and diced the entire daft dialog point by point. The thought that it might be a prank also crossed my mind.

Mistake Number 1: I failed to be polite and professional.

I should have kept cool, maintained a polite friendly dialog, and fielded some simple questions such as the following in my initial reply:

I suspect that if I had done so then I might never have been sued.

If you are a blogger, then you should not only publish a policy regarding how you handle complaints, but you should perhaps also consider having a standard generic form letter that you can utilize whenever you receive complaints. A standard policy can be as simple as a paragraph within your “About” section that reads:

If you have a concern about any posting or comment being factually incorrect, please contact us. Please provide details of who you are, how we can contact you, what your interest is, and what your concern is. If something has been written that is factually incorrect, it will be addressed. Anonymous complaints will be ignored.

After my second highly sarcastic rebuttal there was no further dialog, but I did observe one comment appear that hammered the comment, so assumed that the anonymous complainant had simply decided to blow off a bit of steam in that manner and that would be that.

In was not to be, a few months later in October I received a hand delivered letter at my home address written by a Toronto based lawyer. It was a demand that I reveal who the commenter was and that I should also remove the comment, and yes more threats, because if I did not comply they would sue.

Mistake Number 2: I foolishly assumed that nobody would be daft enough to sue over one comment, and that it was simply a bluff, so I simply ignored it.

Libel is a very expensive process, and even if you win, the amount you could potentially win will often not cover your costs, so why would anybody be insane enough to sue over one fairly mild comment.

You should never ever ignore such letters. A better strategy would have been to take the comment down and then enter into a dialog. If a claim is indeed without merit and there is factual evidence to verify what is being said, then you can make a decision about posting it back up, or not. The other observation is that while I might indeed have fooled myself into thinking I was defending free speech, I was in fact only defending an anonymous comment. I should have stopped and taken a moment to think it through, I had no idea who the commenter was, nor did I even know at the time if it was factually correct, so doing nothing in that context was crazy.

Having ignored the letter, I had fooled myself into thinking that nothing more would happen. Unfortunately, in early December I was proven quite wrong; I received the statement of claim issued by the Toronto court suing me for $3 Million. Could I possibly make things any worse for myself? Tragically yes.

Mistake Number 3: I should have taken proper legal guidance and should not have attempted to write my own statement of defence.

Yes, I was crazy enough to do that. I did get a bit of help polishing the language, but officially I represented myself. As later observed by an experienced and wise libel lawyer, defending from a position of strength often motivates those attacking to simply back off. However, I presented myself as a small isolated inexperienced shrimp and so they proceeded to eat me for lunch. In response to the statement of defence they issued a reply that demonstrated that I had made a bit of a hash of it all.

In addition to proper legal guidance, I would also have benefited from digging into the facts prior to writing the statement of defence. It was only later that I discovered that they had in fact lied within their original statement of claim, and that there was factual information in the public domain to verify this.

Why no lawyer? Well, I did initially try but quickly ran into demands for $500 per hour from Canadian lawyers. The strategy was wrong, I should have tapped into the sceptical network and looked for friendly folks willing to guide and assist and perhaps also point me in the direction of any who might be willing to help. In fact this is how it was finally resolved. Rather late in the day, I opened a thread on the JREF form, briefly explained what had happened and asked for help and suggestions. The very best replies were several that pointed me in the direction of a very nice sceptically inclined lawyer in Canada called Colleen Robertshaw who was not only active within the JREF forum, but was also very willing to assist. As a government employee, she could not represent me, but after reviewing all the paperwork guided me in the right direction and also started using her network to find a libel lawyer.

It was at about this point that I received a “Request to Admit” (that is a procedural form that simply asks for the confirmation of facts such as what was posted when, it was not actually asking for a confession). Colleen advised that I should inform them that I would be retaining counsel and would reply in due course. Much to my surprise the immediate response that came back from the plaintiffs was an offer. If I agreed to remove the comment and not post it back up, they would not seek any damages or costs.

How should I respond?

If I was defending something I had written, if it was in the public interest to do so, and I was sure of the facts, then and only then would it be worth defending. However, since I could tick none of those boxes, any attempt to pursue this any further would have been both pointless and crazy, so I happily accepted.

Also, the observation that the demonstration of a position of strength often causes claimants to back off proved to be correct, because the moment I declared my intent to retain proper counsel, they rapidly backed away.

Looking back on it all, and having thought about what happened, what guidance could I possibly give to my slightly younger but rather foolish self? Well how about …

None of the above in any way guarantees that you will never be sued. However, it will put you in a far better position and will also help you to avoid the frivolous and utterly pointless. If you do indeed blog about contentious issues then being sued remains a possibility because there will be times when it is wholly appropriate to take a stand against outright fraud and deceit. But be aware, it is highly stressful, so if at all possible, it is best avoided.

As observed by Simon Singh …

I reckon I have spent 44 solid weeks on the libel action spread across two years.   I am in the very fortunate position of having no employees, being a freelancer, having financial resources and having a very supportive wife. In any other circumstance, I cannot imagine fighting a libel action because of the enormous sacrifices involved. – Simon Singh

So who really won?

Some feel that I should have counter sued, but I feel that not only does the cost involved in doing so not justify that, the issue did not either, I had no appetite to defend an anonymous comment I did not write myself. So did they win? Well, it may indeed have cost me a lot of stress, but it was perhaps self-inflicted;  financially it only cost me £8 (postage). In contrast, it cost these complete religious nutters $50,000.