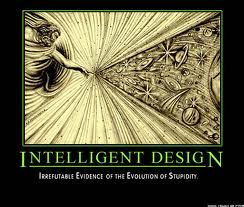 There is a thriving sub-culture of folks out there who dismiss evolution and instead promote an alternative known as, “Intelligent Design”. At the forefront of this movement is the Discovery Institute. Often when I hear such claims, I dismiss them with the observation that they have no actual evidence, hence its not science.

As a response to this observation, they have a list of claimed Peer-review articles that are supposed to be credible. The link to the list on their site is here, so lets take a look.

At first glance it does indeed appear to be a long list of scientific publications that support their position, but wait hang on a moment, what exactly do we have in this list:

So, if we filter all this out, do we have anything left? Actually yes we do, we apparently have a list of 12 Peer-reviewed articles from Scientific journals that are claimed to support intelligent design. Is this finally it? Well, lets take a look.

Article 6 – S.C. Meyer, “The Origin of Biological Information and the Higher Taxonomic Categories,” Proceedings of the Biological Society of Washington, 117(2) (2004)

Thats it then … nada, zilch, nothing, not one jot.

There are hundreds of papers published each month whose authors find evolution useful in explaining their results. One would think that, if “intelligent design” has any scientific merit, there would be a significant number of papers each month presenting evidence of supernatural intervention by an intelligent designer. Surely the many religious scientists, in particular, wouldn’t fail to publish results that turn out to support intelligent design, even if that wasn’t the original focus of their research.

There is indeed a claim that there are credible peer-reviews papers that support ID, but when looked at, all we find are incandescent vapors and reflective materials … that’s “Smoke And Mirrors” to you and me. Anybody not familiar with the conversation will be easily fooled, so please learn to be skeptical and don’t be among that number, because there is indeed no credible evidence that supports any form of supernatural intervention.

Ridicule is the only weapon which can be used against unintelligible propositions. -Thomas Jefferson