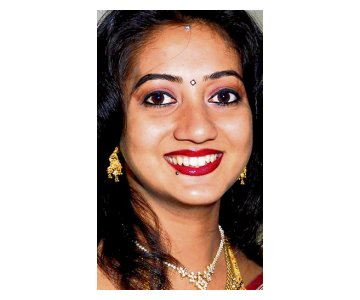 The Irish Time reports today on the utterly tragic and completely needless death of Savita Halappanavar.

At 17 weeks into her pregnancy she was admitted to hospital with  chronic pain because she was having a miscarriage. There was no chance that the fetus would survive. In excruciating pain, Savita asked for an abortion. The hospital, University Hospital Galway in Ireland, refused. Why? There was still a fetal heartbeat, and as Savita and her husband were told, “this is a Catholic country”.

They then did nothing except force Savita to wait, “in agony”, for another two days until the fetus died. By that time, she had to be taken into intensive care, and then died a few days later of septicemia and E. coli infection.

Shame on Ireland’s Catholic Bishops and our cowardly politicians. They could have protected the life of 31-year-old Savita Praveen Halappanavar, who tragically died last month in Galway after doctors denied her the right to abort an unviable foetus during a miscarriage.

Instead, while Savita was dying, the Catholic church was running an immoral propaganda campaign to mislead Irish people into believing that pregnant women will always get the medical care they need in Irish hospitals.

“This was an obstetric emergency which should have been dealt with in a routine manner. Yet Irish doctors are restrained from making obvious medical decisions by a fear of potentially severe consequences. As the European Court of Human Rights ruled, as long as the 1861 Act remains in place, alongside a complete political unwillingness to touch the issue, pregnant women will continue to be unsafe in this country.”

If you live in Ireland you can help

This is what happens when you permit clueless religious gobshits (that is not an insult, but is instead a very accurate factually based statement) to impose their batshit crazy beliefs upon society – people die, real harm is inflicted.