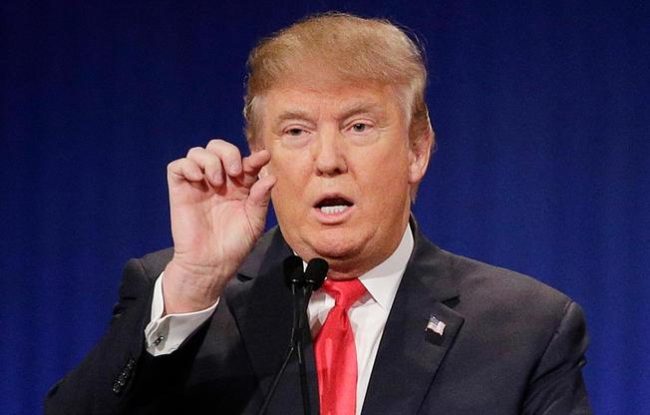 I do confess that I am quite frankly astonished to observe that many within the Evangelical community are enthuestic Trump supporters.

Why my surprise? Well because there are specific characteristics that we now associate with Trump that would lead to an expectation that this should not be the case, namely the specific personality quirks that Mr Trump has manifested.

It is rather hard to not see his rather overt racism, misogyney, and xenophobia. Additionally he has also demonstrated a willingness to dispense with any pretence of being interested in what is actually true. On an almost daily basis we find the promotion of fiction as fact, and the occasional claim that scientific fact is fiction. I could go on and on, but I need not because we are all way too familiar with it all.

Do some Evangelicals really go beyond a simply endorsement and actually take the stance that a Vote for Trump is the “best moral choice”?

In order to answer that, let me introduce you to a leading light within that community.

Mr Grudem is a very prominent individual. In fact, if you have ever been involved in any form of Bible college then you will know that name because he wrote the definitive text, “systemic theology” (1200 pages of required reading). This chap is not an anonymous nobody, he is a professor who has taught Christian ethics for over 39 years.

You might perhaps wonder what stance a highly respected ethics professor will take regarding Mr Trump.

Well, you need not guess, he published his position a few days ago …

Now that Trump has won the GOP nomination, I think voting for Trump is a morally good choice.

Let me lay that out for you clearly so that you can grasp it. This professor of Christian ethics with many decades of experience is seriously promoting the idea that voting for a xenophobic narcissistic racist who runs casinos, lies about everything, and hangs out with playboy models is the “morally good choice”.

As you read his article you can perhaps gasp in awe at the mental gymnastics he performs to get to that position. He correctly recognises that no candidate is perfect and will always have a few flaws, and so proceeds to use that thought as a lever to brush under the rug rather a lot of truly repugnant immoral stuff as a minor flaw.

So here is the key …

the main reason I call him “a good candidate with flaws” is that I think most of the policies he supports are those that will do the most good for the nation.

And Mr Trump’s policies are … what exactly … apart from building walls, exporting everybody who holds a specific religious belief, and deploying nuclear weapons, we quite honestly do not really know?

So far all we have are almost meaningless jumbles of words. But they are big words, the very best words, words that are hard to spell, and so will lead to American greatness, right?

If you delve further on into Mr Grudem’s essay then you will discover what he actually means by “Good”. It basically boils down to rather a lot of truly unethical immoral stuff such as homophobia, his opposition to pro-choice, his frustration about not being able to take an anti-science stance within being criticised, and his open disgust that Christians are not permitted to promote irrational beliefs in the public square or openly discriminate against gay people without facing consequences for being such pricks.

Much of what he writes and claims is quite distorted and has been twisted into pure fear-mongering for his Christian readership.

Basically it is pragmatism taken to an extreme. He quite correctly grasps that the selection of who will sit on the Supreme Court as a consequently  decisive part of this election. Whoever sits in the White House will be in a position to set the course that the US will go in for many decades to come …

Hillary Clinton would quickly replace Justice Scalia with another liberal like Breyer, Ginsburg, Sotomayor, and Kagan. This would give liberals a 5-4 majority on the Supreme Court even without Justice Kennedy, and 6-3 when he votes with them.

But that is not all. Justice Ginsburg is 83, and she has had colon cancer, pancreatic cancer, and has a heart stent. Justice Kennedy is 80. Justice Breyer is 78. A President Clinton could possibly nominate three or four justices to the Supreme Court, locking in a far-left activist judiciary for perhaps 30 or more years. She could also add dozens of activist judges to federal district courts and courts of appeals, the courts where 99% of federal lawsuits are decided. Judicial tyranny of the type we have seen when abortion rights and same-sex marriage were forced on the nation would gain a permanent triumph.

In other words, Trump is the “Morally Right Choice”, because supporting him will most probably result in a majority of right-wing judges with religious leanings sitting on the Supreme Court. That then enables a roll back to the previous belief-driven intolerance and discrimination that once prevailed.

This stance is not really about what is and is not moral, instead it is a raw power grab by the religious right.

To enable that gain, the price to be paid involves jumping into bed with a racist xenophobe who has the ethics of an ally cat. Not everybody has the stomach for that, hence many decent Republicans and not prepared to just hold their noses and dive in, but instead have some integrity and so opt to pull back and not endorse him. Some go even further, for example Representative Richard Hanna of New York became the first Republican member of Congress to endorse Hillary Clinton, and when explaining in an open letter, he beautifully clarified it as follows …

I do not expect perfection, but I do require more than the embodiment of at least a short list of the seven deadly sins.

Meanwhile back in the evangelical camp Mr Grudem finds that the “embodiment of the seven deadly sins” is not a problem at all because that apparently is his “best moral choice”.

Such an odious endorsement by a leading professor of ethics that declares such a vote to be a moral imperative is perhaps also confirmation that evangelicalism is morally bankrupt.

Is everybody in that camp on board with this?

No, not at all, many evangelicals do indeed demonstrate strength of character and so refuse to bow to this false idol. Instead they are willing to think the unthinkable, like Shadrach, Meshach and Abednego, and face the fiery furnace. However, the nod the Trump does bring consequences for the evangelical leadership.

Amy Gannett, a deeply devout and previously very committed evangelical writes about how Wayne Gruedem’s endorsement of Donald Trump is not acceptable for her and many others like her …

I moved from disappointed to shocked to disgusted as he garnered the approval of Republican and Evangelical leaders.

Over the last several months, I have lost respect for the Republican party, and I honestly thought that would be the biggest tragedy of this election. But the disappointing truth is this: I’m losing faith in Evangelicals.

And this is frightening. I am an Evangelical. I hold to Evangelical theology. I have attended not one, but two Evangelical schools. But I fear that we’re going to lose an entire generation because of the actions, words, and teachings of some Evangelicals. Including Wayne Grudem.

…Evangelical leaders like Grudem are using their political and social weight on issues close to their generation, and are neglecting the moral imperatives to seek justice, peace, and equality for the Black community, the immigrant community, and the refugee community (and a slew of others). My generation will not identify with this. We cannot call a candidate “good,” as Grudem does with Trump, who has made racist remarks. We will not call a candidate “good” who has demoralized and dehumanized women on national television. We will not buy into the hierarchy of Grudem’s proposed morals over others. Because Grudem (and others) are making this hierarchy of morality intrinsically related to the Christian life and theology, we will not stand with them.

… This is not an article asking millennials to leave Evangelicalism because I believe it can’t be saved … you’re losing us ….

The Republican Party has more or less doomed itself via the promotion of a xenophobic racist as the best they have to offer, and so the decline and demise of the Republican party is now inevitable. Interestingly enough, evangelicalism has decided to also jump on board that same train even as it clearly hurtles into the abyss, and by doing so will now embrace a similar fate.