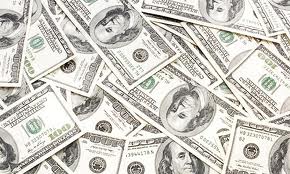 The $1 Million challenge has been around for quite some time now, in fact it dates back to 1968. Basically, if you can provide objective proof of the supernatural under controlled conditions, then you get $1 million. There must have been a few winners by now … right? Er no, none.

Well, the latest news is that the JREF has upped the ante. Ben Radford writes about that on Discovery News here, where he explains …

The James Randi Educational Foundation(JREF) has announced that it is publicly offering $1 million to celebrity “psychic mediums” including James Van Praagh, Allison DuBois, Sylvia Browne, Carla Baron, John Edward, and others if they can prove their abilities in controlled experiments.

“James Van Praagh and Allison DuBois have turned the huckster art of ‘cold reading’ into a multi-million-dollar industry, preying on families’ deepest fears and regrets,” said James Randi, founder of the JREF and a renowned magician and skeptic.

The JREF’s Million Dollar Challenge Director, a mentalist performer named Banachek, said, “We’re issuing a challenge: If one of you can demonstrate your ‘psychic’ abilities on randomly chosen strangers — not celebrities — under mutually-agreed conditions, without relying on known cold-reading techniques such as fishing around with vague questions, and without just using Google — we will donate our million dollars to you or to the charity of your choice.”

What triggered the challenge was a recent episode of ABC Nightline in which self-proclaimed psychic medium James Van Praagh performed a reading on Good Morning America anchor Josh Elliott. At first it looked dammed impressive and even Elliott was surprise at how accurate the reading was, but take a closer look and you quickly discover that all that came out appears to have been lifted directly from an interview that Elliott had done about two years earlier. Ah ha, here is clear proof that the spirits have access to Google in the spirit realm. Later, when asked to do another reading for an ABC producer, Van Praagh quickly backed away from that and offered some excuse.

On that same show we also saw Allison DuBois do something similar. Once again it was a revel of information that was  in the public domain. It looks impressive, but when these folks know who they are doing a reading for, its not exactly rocket science to work out what happened, Google was quite obviously their spirit friend.

The $1 Million Dollar challenge is quite open and also very real, the money is actually there and waiting to be claimed. I’ve also personally witnessed the testing of a claimant, the terms were agreed by all parties and the test itself was completely objective and open, so there is no excuse to duck this. If you do indeed have psychic powers, $1 Million is yours, all you need to do is apply here.

However, I’ll not be holding my breath waiting for any successful claimants, so far the actual evidence for the supernatural is … zero. Do I hear you quip, “Well,  you would say that, you are skeptical”. Yep, thats true, but I hold that view on the basis of a complete lack of evidence, its not just a belief.