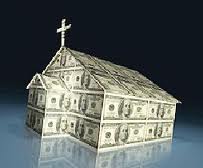 There are claims that Catholicism holds the high-moral ground. We are all familiar with the rhetoric (I assume), it is a central part of their belief. They basically advocate that we are all wicked and evil, and so are destined for everlasting hell, but that can be resolved if you just embrace their beliefs and join, and yes, if you stop and think about it, it is not only archaic, but is also a truly daft idea.

Curious why I have not signed up? Well to join I need to accept that a supernatural entity gave birth to itself so that it could then kill itself as a sacrifice to itself in order to appease its own anger towards all of us because a mythological ancestor of ours was tricked by a talking snake.!! I’m no longer that gullible (I once was) … and yet millions of smart decent ordinary folks still embrace all this and more … why?