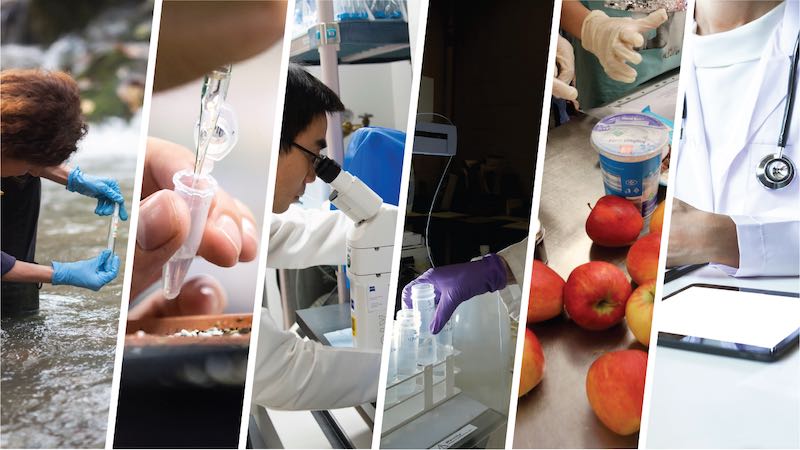 A couple of days ago (2nd Aug 2019) Pew released their latest data from a public poll of how much we trust scientific experts. Titled “Trust and Mistrust in Americans’ Views of Scientific Experts” it is actually rather encouraging.

From a survey that they conducted in January 2019, they have now published the following findings …

In an era when science and politics often appear to collide, public confidence in scientists is on the upswing, and six-in-ten Americans say scientists should play an active role in policy debates about scientific issues, according to a new Pew Research Center survey.

And of course they have an illustration as well. The focus concerns the bits in green bars below …

Not a Surprise: Politics plays a role

Given the rising tide of opposition to some science and evidence-based policy in general, then illustrating how deeply the political divide plays a role here is not exactly a shock.

Higher levels of familiarity with the work of scientists are associated with more positive and more trusting views of scientists regarding their competence, credibility and commitment to the public, the survey shows.

Overall, 86% of Americans say they have at least “a fair amount” of confidence in scientists to act in the public interest. This includes 35% who have “a great deal” of confidence, up from 21% in 2016.

But a partisan divide persists. More Democrats (43%) than Republicans (27%) have “a great deal” of confidence in scientists – a difference of 16 percentage points. The gap between the two parties on this issue (including independents who identify with each party, respectively) was 11 percentage points in 2016 and has remained at least that large since.

They have a great deal of data across 6 sections …

To be precise, these 6 sections …

You can jump into specific sections by clicking the above links. Alternatively, you can get the entire 96 page report via this link.

What is clear is what we already know

There are specific hot-button topics that very closely align with the tribal divisions of party politics, namely Climate Change, Energy, and Environmental issues.

This is perhaps because a political identity is being permitted by many to (no pun intended) trump evidence-based knowledge.

Religious identify also perhaps plays a role here. Many, if not most, evangelicals lean Republican, and view the GOP to be part of their tribe. This religious faction are people who often reject basic scientific conclusions for some things and instead opt for an easier safer mythology on the basis of no evidence at all. Creationism is perhaps the primary example.

Stepping back from the political divide, what is also clear from the Pew poll is that specific non-political topics such as medicine, basic physics, or organic chemistry are not controversial. Think of it this way …

What can I say except that we live in interesting times.