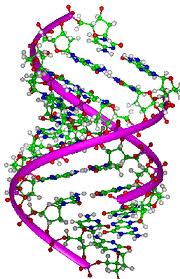 This is big news, the international Encode project has found that about a fifth of the human genome regulates the 2% that makes proteins.

What was the previous thinking?

Until now, the thought was that the vast stretches of DNA between our 20,000 or so protein-coding genes – more than 98% of the genetic sequence inside each of our cells – did nothing and so was written off as “junk” DNA. In fact, it was not quite that simple, many in the field already knew it did something, they simply did not know what, so it was in a sense biological dark matter.

So what has changed, what do we now know?

The results of the international Encode project reveal that long stretches of DNA that was previously dismissed as “junk” are in fact crucial to the way our genome works.

Encode is the largest single update to the data from the human genome since its final draft was published in 2003 and the first systematic attempt to work out what the DNA outside protein-coding genes does. The researchers found that it is far from useless: within these regions they have identified more than 10,000 new “genes” that code for components that control how the more familiar protein-coding genes work. Up to 18% of our DNA sequence is involved in regulating the less than 2% of the DNA that codes for proteins. In total, Encode scientists say, about 80% of the DNA sequence can be assigned some sort of biochemical function.

The National Human Genome Research Institute (NHGRI) launched a public research consortium named ENCODE, the Encyclopedia Of DNA Elements, in September 2003, to carry out a project to identify all functional elements in the human genome sequence.

You can find out more about them here and also here.

Will this have a real Impact?

It will indeed, up until now those looking for treatments for conditions such as heart disease, diabetes and Crohn’s disease that have their roots partly in glitches in the DNA, have been looking for errors in the genes themselves. Now they can widen the scope of that and hunt for problem areas that lie elsewhere in our DNA sequence.

So where can I find more details?

The results of the five-year Encode project are published on Wednesday across 30 papers in the journals Nature, Science, Genome Biology and Genome Research.

Nature also has an article all about the details …

Many who have dipped a cup into the vast stream of data are excited by the prospect. ENCODE has already illuminated some of the genome’s dark corners, creating opportunities to understand how genetic variations affect human traits and diseases. Exploring the myriad regulatory elements revealed by the project and comparing their sequences with those from other mammals promises to reshape scientists’ understanding of how humans evolved.