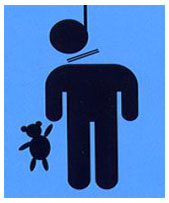 Muslims believe sharia is God’s law, and appear to be rather eager to see it established. However, what is rather interesting is that there is no consensus on what it actually is. There is a considerable degree of variation, so if you probe, you quickly discover that modernists, traditionalists and fundamentalists all hold different views of sharia, as do adherents to different schools of Islamic thought. The variation does not stop there, because even within the same Islamic tradition you find that different countries, societies and cultures have varying interpretations of sharia as well.

So while there is of course consensus that Sharia is God’s will, there is a distinct lack of consensus on what God’s will actually is … but then since the concept of God is a complete myth that should be no surprise.

Like most legal systems throughout history, there is much within Sharia that is worth recognizing as both moral and also praiseworthy, however along with all that comes much that is truly abhorrent. I’m not just thinking of the obvious examples such as the anti-gay rhetoric, or the thought that slavery is a rather good idea, but that two very basic human rights, namely “Freedom of Thought” and “Freedom of speech“,  are completely undermined.

No legal system is perfect, but unlike secular legal systems where all laws can be debated and reformed as the human understanding of ethics evolves, religious legal systems tend to be hammered in stone and not debatable, so there is no scope for reform. The net effect is that such religious based codes tend to be anchored in a different century (in the case of sharia it’s the 7th).

What has prompted me to write about this is a letter from a lawyer in Iran who has to live within such a system and so can see on a daily basis what really happens when sharia is unchallenged and allowed to dominate. Maryam Namazie, Spokesperson of the One Law for All Campaign against Sharia Law in Britain, the Council of Ex-Muslims of Britain and Equal Rights Now – Organization against Women’s Discrimination in Iran, published the letter on her blog here …

I have been informed that you will attend the Sharia Law and Children Act seminar. As you know I am a lawyer in Iran, practicing as attorney at law under Sharia law and Islamic regulations.

I wish I was there with you, not only as a lawyer but also as a victim and as a witness. I hope you can help me to have my voice heard at today’s seminar.

Dear audience, I am living in the country where according to Sharia law rulings here:

– A child is not eligible for any heritage from natural parents (natural parents against legal and Islamic married parents).(884. Civil code).
– A child born of adultery (non Islamic marriage) shall not belong to the adulterer.(1167. Civil code)
– A child must obey its parents (1177. civil code)
– Parents are entitled to punish their children (1179. civil code)
– Either the father or the paternal grandfather has the right of guardianship over his children.(1181. Civil code) {not mother}.
– A child will have the same criminal responsibility as adults when he reaches 14 years old and she reaches 8.5 years old (Sharia sexual puberty) (49.1. penal code). (Please note the difference between the Gregorian calendar and Ghamari calendar, 15 and 9 years in Ghamari calendar is about 14 and 8.5 years in Gregorian calendar)
-If either the father or the paternal grandfather murder their child or step child or children they would not punished like other murderers (Ghesas- death penalty) but must only pay some money to inheritors (220.penal code) and may be convicted to bear between 3 to 10 years jail (612. penal code-Tazirat). It should be mentioned that this jail penalty is not according to Sharia and legislators were forced to add this punishment recently because of societal pressures).
– Marriage before puberty with the permission of the male Guardian is legal and possible. (1041.Civil code) [It means even a 1 day old girl could easily be sold. I think it is rape and a crime. The only restriction in Sharia about the child wife is intercourse before 8.5 years old. Other sexual activities are permitted and considered halal. After 8.5 years old even intercourse is permitted.] It must be noted that under these rule, the man rules over the wife. For example, according to Quran 4th sura 34th Ayah (Soorato nesa ayatol 34) men are superior to women and even a husband should hit his wife in some conditions. So just think about those child wives in Iran, Iraq, Afghanistan and other Islamic countries.

This is Sharia law in theory and practice. It is naked Islam. I have studied it and now I am feeling and seeing it.

In summary I am a lawyer under the Sharia legal system under which a child could be beaten and raped legally or be accused and charged for any crime like an adult or be used for military activities in Basij force.

I want to be their voice, the voice of those who are beaten legally, and who can do nothing but cry in hiding…

Sharia is not an alternative legal system that we should recognize, instead is a highly immoral belief driven code based upon 7th century codes of ethics, and has no place within our modern society. There should only ever be one law for all.

Are you a UK Based Muslim  in an abusive relationship (mentally or physically) or thinking of getting a divorce? – Know your Rights

Your rights are protected under British law and you are not legally obliged to follow any Sharia Tribunal or Council ruling.

Here’s what you should do first:
a) Collect your passport, copies of your marriage certificate, and details/passports of any children involved.
b) Call the One Law for All Free Advice Helpline on 0800 046 7303.

But what if you have children?
The Children Act 1989 sets out a welfare checklist, which contains factors that the court must consider when deciding who gets to keep the children. These factors include:
a) The wishes and feelings of the child concerned;
b) Their physical, emotional, and educational needs;
c) The likely effect on the child of any change in circumstances;
d) The child’s age, sex, background and any characteristics which the court considers relevant;
e) Any harm which the child has suffered or is at risk of suffering;

For all proceedings under the Children Act 1989 when the court considers a question of the child’s upbringing, the child’s welfare is the court’s main consideration.

Are you worried that your husband might take the children out of the country?
There is a court order which prevents anyone changing the surname of, or removing from the UK (for more than 1 month), any child who is the subject of this order, without the agreement of the other parent. This is known as a residence order.

What if you don’t have children and simply want a divorce, what are you entitled to?
The court would look at all your circumstances and would not grant the husband sole rights over the matrimonial property and assets. If you are married, you will have automatic rights in the matrimonial home, and may be allowed to continue living there. However, it is strongly advisable that you register your interest in any property you share with your husband or partner (especially if you are not married in accordance with British civil law) in order to secure your share. Even if the property is only in one name, you can make sure that it cannot be sold or have further charges placed on it. Visit the Land Registry website: www.landregistry.gov.uk or you can seek advice from a solicitor or a local Citizens’ Advice Bureau. You can find a Citizens’ Advice Bureau near you by visiting www.citizensadvice.org.uk.

Is your partner violent towards you or your children? You can get an injunction to protect you and your family:

Non-Molestation Orders can be granted to stop physical assault – punching, slapping, kicking, pushing, spitting etc or other sorts of intimidating and upsetting behaviour such as abusive telephone calls or threats. Breach of a non-molestation order is a criminal offence.
Occupation Orders require the abuser to keep away from your home, or to allow you to occupy your home without being threatened, harassed or assaulted. This includes requiring him to allow you to re-enter your home if you have been excluded from it. This type of injunction can include a power of arrest.

For more information, contact:
One Law for All
[email protected]ail.com
www.onelawforall.org.uk