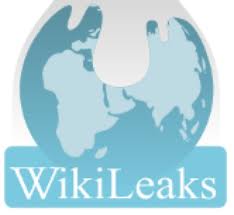 For some, Wikileaks is evil incarnate, and so they have not held back from openly calling for extreme measures against Julian Assange. Mike Huckabee, a former Arkansas governor, said those who passed the secrets to Assange should be executed. Sarah Palin demanded that Assange himself should be hunted in the same way an al-Qaida operative would be pursued. The US attorney general Eric Holder ordered his officials to begin a criminal investigation into Assange with the intention of putting him on trial in the US. Its also quite clear that some have been placing pressure on various businesses in a frantic attempt to shut down WikiLeaks and cut off their finances

The gross hypocrisy of all this is truly awe inspiring …

Democracy is all about transparency and accountability… should we not aspire to freedom of thought and freedom of speech? Apparently not, so instead of pinning a medal on these folks who have brought to light all the dirty little secrets under the covers, there are calls for the hunting down and execution of these messengers because they are deemed to be enemies of the state. Sadly the truth is that the real enemies of democracy are those who strive to keep secrets from you so that those you vote for can retain inappropriate levels of power and need never be held accountable.

Whenever the flow of information changes, the results ripple into our culture in astonishing and unexpected ways that disrupt the status-quo. History is littered with many examples, of which the most obvious might be the translation of the Bible into the language of the people. Prior to its translation, the church held power in a vice-like grip and told people what to believe, what to think and how to behave. Yet once translated for all to read, the authorities lost a lot of control and were faced with a reformation when it became obvious to many that the “truth” they had been fed since infancy was a lie. Translating the bible like that was very democratic, no longer did individuals lean upon others, they could read it for themselves and make up their own minds.

As for what happened to those who did the translating, many such as William Tyndale were executed as traitors and burned alive at the stake.

Do you think we no longer live in such dark times? Well think again … all Tyndale did was deploy a new technology, the printing press, to bring a flow of information that had previously been kept under wraps by those in power. In response, they vigorously opposed it all, and not only burnt him, but also vainly attempted to cut off the flow of information by burning every copy they could lay their hands on. With no real understanding of the disruptive effects of this new technology it was utterly pointless, the printing presses could rapidly replace every copy and flood the land with new information for all to read.

So here we are again, a new technology has greatly increased the flow of information to individuals. In response, those whose power is threatened, are responding as before by both attempting to execute the figure-head who has brought us all this information, and are also  frantically attempting to stifle and suppress the information.

We now also have a popular uprising … a rebellion … a digital war is now being entered into and sites that roll over and comply are being attacked by a grass-roots movement. This unlikely alliance of defenders has begun plotting to turn on the forces circling WikiLeaks. They are beginning to attack Amazon, which had been persuaded to sever links with WikiLeaks by Joe Lieberman, who heads the US Senate’s homeland security committee; they also hit every domain name system (DNS) that broke WikiLeaks.org’s domain name: Mastercard, Visa and Paypal, which stopped facilitating donations to the site, and the Swiss post office which froze WikiLeaks’ bank account. These are a loose alliance of hackers united by a near-obsessive desire for information libertarianism who congregate on the website 4Chan.org.

So how does this work, is it really a true battle with strikes and counter-strikes?  Its not all one-sided, the Anonymous ones had been watching a hacker called the Jester who seemed to be co-ordinating a series of attacks on internet service providers hosting WikiLeaks. They had noticed the Jester’s pro-censorship credentials, deducing he must be receiving help. Speculation mounted that the Jester was a shadowy conduit working at the behest of the US authorities. “We wondered who was really behind his anti-WikiLeaks agenda,” said a source.

As for WikiLeaks, the attempts to railroad them off the net quickly failed. Removing its hosting servers has increased WikiLeaks’ ability to stay online. More than 1,300 volunteer “mirror” sites, including the French newspaper Libération, have already surfaced to store the classified cables. Within days the WikiLeaks web content had spread across so many enclaves of the internet it was immune to attack by any single legal authority.

Anonymous leaders began distributing software tools to allow anyone with a computer to join Payback. So far more than 9,000 users in the US have downloaded the software; in second place is the UK with 3,000. Germany, the Netherlands, Canada, France, Spain, Poland, Russia and Australia follow with more than 1,000. The 11th country embroiled in the attacks is Sweden, where WikiLeaks’s massive underground servers are housed, with 75 downloads.

Ostensibly, Anonymous is a 24-hour democracy run by whoever happens to be logged on; leaders emerge and disappear depending on the target that is being attacked and the whims of members. Correll said: “This group does not exist with some sort of hierarchy. It exists with a few organisers but these can change at any time. That gives the group great power in that it is impossible to trace and define. At the same time it is also a source of weakness as its actions can be unfocused.”

For all the US attempts, it is clear the attacks on WikiLeaks have made minimal impact and are unlikely to affect the availability of the information that WikiLeaks has already leaked.

Meanwhile, Senator Lieberman has indicated that the New York Times and other news organisations using the WikiLeaks cables may be investigated for breaking US espionage laws. At present, who will win the “world’s first information war” remains unclear, what is clear that something fundamental has changed and there is no return to the pre-Wikileaks world.