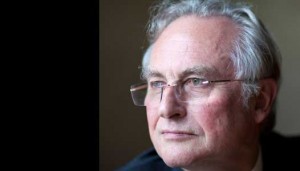 It ran for 28 mins and is worth listening to.

Richard Dawkins’ first book on evolutionary biology “The Selfish Gene” was published to much acclaim and some controversy in 1976. In this interview with Jim Al-Khalili, Professor Dawkins discusses his enthusiasm for the science that inspired the book and how he popularised the idea of the immortal gene. Using the source material from scientists such as Bill Hamilton, Robert Trivers and John Maynard Smith, he presented a gene’s eye view of the world.

He’s written many other books on evolutionary biology, such as “The Extended Phenotype” “Unweaving the Rainbow” and “The Ancestors Tale”. In 2006 he published a polemic which he describes as “a gentlemanly attack on religion”, “The God Delusion”. Jim asks what he hoped to achieve by writing the book and finds out why he would rather be known for his science than his atheism.

You can listen to it here.

Least you wonder, this is part of a series called “The Life Scientific” and consists of Jim conducting an interview a couple of times each month, it just happened to be Richard this week. It is a long running series and started back in Oct 2011 so there is already a rather interesting backlog in place. All these interviews are still available on-line, so here are a few links to past interviews that caught my eye …