Some people can and do embrace utterly absurd beliefs that inspire them to behave in a truly obnoxious manner, and so you might sometimes wonder what the best way to handle such absurdity actually is.

I’m thinking specifically of the extreme variations of Islamic belief that we are rather sadly familiar with.

Are these people you can reason with? Generally no.

There may however be a better way.

The deployment of ridicule, satire, parody and general mockery is often a highly effective response.

Here is an example I love.

For instance, they broke into ISIS account @gi_h_a_d35, changed his profile picture to a gay flag, and tweeted out this message: 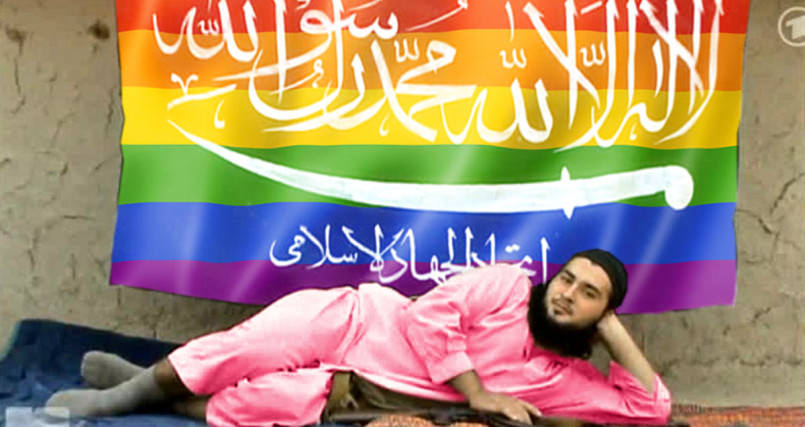 We should not fear them, but instead heap upon them the derision and mockery that they truly do deserve and get everybody laughing at them.

Now here is a nice little ISIS PR Video that has had a bit of tender gay love applied to it, enjoy.