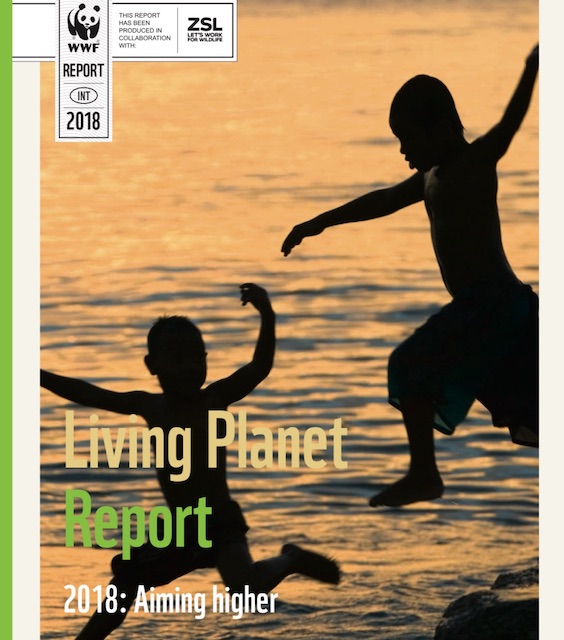 The World Wildlife Fund, the world’s largest conservation organization with over five million supporters, has published its 2018 Living Planet Report.

Let’s skip those stories and go directly to the alpha source.

You can download the full 145 page report via the above link. It is very accessible and readable. It has been created by the WWF in conjunction with the Zoological Society of London (founded in 1826).

Exploding human consumption is the driving force behind the unprecedented planetary change we are witnessing, through the increased demand for energy, land and water.

While climate change is a growing threat, the main drivers of biodiversity decline continue to be the overexploitation of species, agriculture and land conversion.

This is Global and is impacting both Land and Sea …

Land degradation includes forest loss; while globally this loss has slowed due to reforestation and plantations it has accelerated in tropical forests that contain some of the highest levels of biodiversity on Earth. Ongoing degradation has many impacts on species, the quality of habitats and the functioning of ecosystems. Two recent studies have focused on the dramatic reductions in bee and other pollinator numbers and on the risks to soil biodiversity, critical to sustain food production and other ecosystem services.

Marine and freshwater ecosystems are also facing huge pressures. Almost 6 billion tonnes of fish and invertebrates have been taken from the world’s oceans since 1950. Plastic pollution has been detected in all major marine environments worldwide, from shorelines and surface waters down to the deepest parts of the ocean, including the bottom of the Mariana Trench. Freshwater habitats, such as lakes, rivers and wetlands, are the source of life for all humans yet they are also the most threatened, strongly affected by a range of factors including habitat modification, fragmentation and destruction; invasive species; overfishing; pollution; disease; and climate change.

We are faced with severe declines or changes, or to put that another way – “Business as usual” is not an option.

We need a New Global Deal

… there is currently a unique window of opportunity to reverse the trend.

Lessons can be learned from progress towards addressing other critical global issues, like climate change, and everyone – governments, business, finance, research, civil society and individuals – has a part to play.

The report has been sliced up into four chapters as follows … 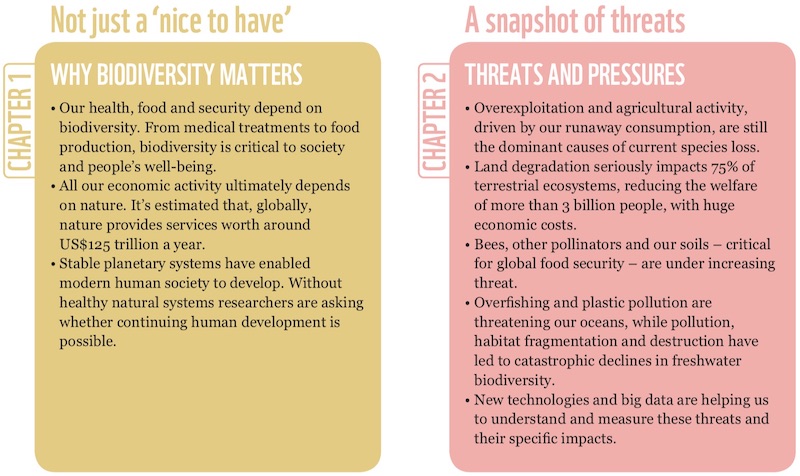 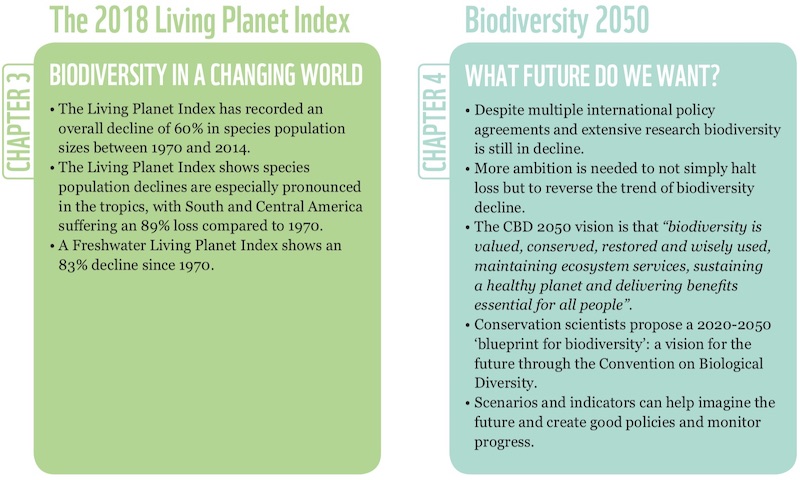 This is not a report that says … “It’s bad, very very bad, and we are doomed”.

Instead it is a report that lays out what is happening, and yes it is bad, very very bad (see chapter 2), but there is the potential for something different. Chapter 4 lays out a vision for that.

Between now and the end of 2020, there is a unique window of opportunity to shape a more positive future for nature and people. 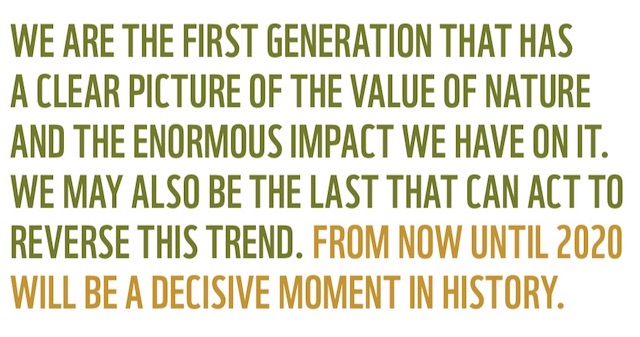 One further thought – What does 60% decline mean?

Let’s be very clear about this and avoid all confusion.

They found that on average the populations of the species they studied had declined by 60%.

This is NOT the same as a 60% decline in the total number of animals, and they do make that clear.

It's different because 1) populations are different sizes. If you have two populations, one of 10 animals and one of 1,000, and they both lose 5 animals, then your average population decline is ≈25% but your total percentage decline is ≈1%.

and 2) there's a good chance that at-risk populations are more closely studied than, say, ants or pigeons. And it's easier to count white rhinos than it is to count rats. So the animals that have suffered lots of losses might be overrepresented.

And it may be that the total percentage of animals in the populations studied has dropped by 60%, or more, or less. But as far as I can tell we simply don't know from the report.

It's a measure of biodiversity, it's interesting, but it's not "how many animals are there".

More Tweets – the Good, The Bad, and the Ugly

In the context of the above clarification, here is how some major media outlets have been reporting this. Clearly some don’t quite grasp the distinction. This is perhaps understandable because it is a bit subtle and yet it is also a rather important distinction.

Human activity has reduced species counts by an average of 60% over the last four decades, says WWF's latest report https://t.co/Vt7i6rZDe0

Population of the planet's vertebrates has dropped an average of 60% since 1970, according to a report by WWF. https://t.co/mosQxEGUKK