OK, I confess, I’m an Apple geek, so as a bit of a departure from my normal postings, here is some Apple related news, and rumor  .. 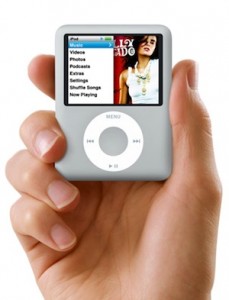 In a week full of rumor … iPad2, and even an iPad3 later in the year, we now hear, according to Bloomberg, that Apple is working on a smaller, cheaper version of the iPhone. So, what does it mean if Apple is at work on a device that could be thought of as an “iPhone nano”, how real is this and why would they do it?

So here are some details: Apple has been working on a way to sell a secondary, smaller version of the iPhone at a cheaper price. While they already offer a version of the iPhone that is cheaper than the standard $199 and $299 rates for new models, it has always been last-year’s model simply marked down more steeply, to $99 — and more recently, to $49 as a new iPhone model nears. So does Apple really want to go below $99 or even $49? Well, perhaps not.

The key is that the $99 price point is still carrier subsidized. What Apple apparently wants to do is release a version of the iPhone that is cheap without any subsidization. In other words: they want to sell an iPhone for under $200 without a contract. Oh nice, if they can pull it off, no longer locked to a carrier.

The ramifications of such a move would be potentially huge. With the launch of the initial iPhone in 2007, Apple was able to take a dominant carrier-controlled U.S. market and turn it on its head. A year later, the App Store pushed this new order even further. But the truth is that the carriers still have way too much power in the U.S., where customers are slaves to the subsidies. And in some ways, Apple is too. Most of their money comes from what AT&T (and now Verizon) pay them upfront for each device.

Remember that when Apple first started selling the iPhone, it was at an un-subsidized price. And when wasn’t working so well, just a few months after launch, Apple had to drop the price by a couple hundred dollars. By the time the second iPhone came around, Apple happily took AT&T subsidy offer instead of getting a piece of every contract. The price of the iPhone dropped to $199, and sales caught fire.

But if Apple could make a different version of the iPhone that is significantly cheaper to manufacturer, they could potential move it on their own without the carriers. And the key to this may be a carrier-crippling SIM that would allow customers to buy the phone and hop from network to network as they saw fit.

Of course, the carriers would likely put up roadblocks in an attempt to stop Apple from doing this, in the same way they put up roadblocks to stop Google from doing something similar: a super cheap phone paid for by search revenue. But Apple has more control than Google did at the time when they chickened out. And they have one very important thing that Google does not: retail stores.

Google tried to sell their own phones through a website. It didn’t work. Apple has hundreds of the most highly-trafficked stores in the world that will allow them to do it.

But that obviously doesn’t mean they will. It’s perfectly possible that Apple is just toying around with this idea for now (as they do with many ideas). Bloomberg says that Apple had hoped to unveil such a device “near mid-year”, but they also say that may be “delayed or scrapped”. We had heard about a fall timeframe for such a device as well. But as always, again, this is Apple. It may not come at all.

All of the above makes varying degrees of sense, but the one thing that I’m having a hard time wrapping my head around is just how Apple will make the device smaller. We hadn’t heard any specifics on size, just that it could be thought of like an iPod nano to the iPod. But Bloomberg says it could be one-third smaller than the iPhone 4. I suppose that could mean “thinner”, but it more likely means the screen would be smaller. How that would work given Apple’s so-far strict adherence to certain resolutions isn’t clear.

Another interesting bit is that it’s believed Apple could make the device cheaper by using components previously made for older iPhone models. That makes sense, time moves on and costs for old parts drop. But again, it would likely have to be a new screen. Though, Apple is very clearly investing heavily in those.

Hat tip to Tech Crunch for this story.