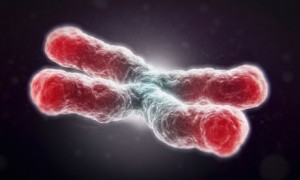 Now, here is the big idea. As biological ageing grinds at your telomeres, they shorten, so deploy a blood test and you get to work out how long you will live … right?

Well, it just so happens that there is a small Spanish biological research company that has been reported to have such a test and so they have been flooded with queries. There is an interesting article in today’s Guardian by Giles Tremlett. He went to visit them and had the test done (its amazing the strings newspapers can pull).

It turns out that they can indeed measure your telomeres and tell you where on the chart you are … apparently it was good news for Giles, he came out about six biological years younger than he should have been.

So that’s it then, we can now measure your lifespan? In a word “no”, so don’t let this news fool you.

There is a great article in the New York Times where they go into this and come back with the right answer … there in the middle, they explain …

among the critics of such tests is Carol Greider, a molecular biologist at Johns Hopkins University, who was a co-winner of the Nobel Prize with Dr. Blackburn.

Dr. Greider acknowledged that solid evidence showed that the 1 percent of people with the shortest telomeres were at an increased risk of certain diseases, particularly bone marrow failure and pulmonary fibrosis, a fatal scarring of the lungs. But outside of that 1 percent, she said, “The science really isn’t there to tell us what the consequences are of your telomere length.”

Dr. Greider said that there was great variability in telomere length. “A given telomere length can be from a 20-year-old or a 70-year-old,” she said. “You could send me a DNA sample and I couldn’t tell you how old that person is.”

There are plenty of other knowledgeable folks out there who are equally skeptical about all this, so if faced with the claim that this test can predict when you will die … no, we just don’t know enough yet. Perhaps it can indeed act as a warning light on the dashboard, or is perhaps just an indicator of how healthy your are, but if really unhealthy, then I suggest a test like this will not tell you anything your can’t find out by just looking at the person to see how old they look.

But still, as the tests roll out and measurements are collected and then checked against actual outcomes, I suspect that over time a greater understanding of the implications of short telomeres will grow and that this might indeed lead to a meaningful measurement.

So what comes next? Well remember that last snippet I added above … ” telomeres can get replenished by an enzyme, telomerase reverse transcriptase” … right now we cannot do this in humans, but as we begin to measure and understand what is going on here, the next logical step is indeed to activate telomerase to counter the effects of aging and perhaps even extend our lifespans.