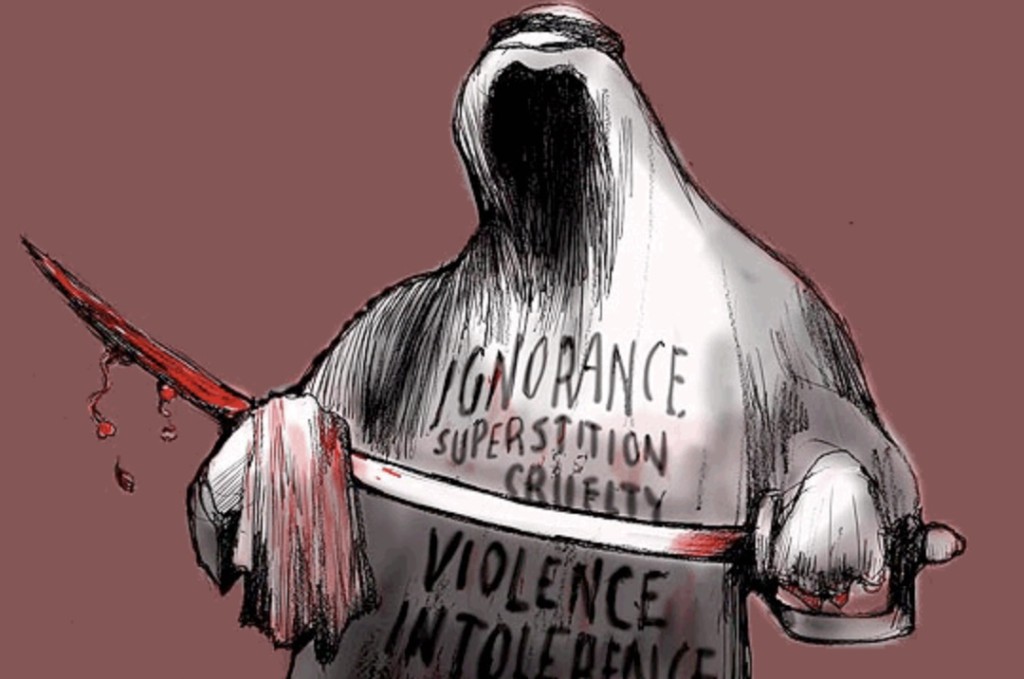 Saudi Arabia is once again doing what they do best, which is to basically roll human rights back into the dark ages. As reported …

Saudi Arabia has reiterated its call on the international community to criminalize any act vilifying religious beliefs and symbols of faith as well as all kinds of discrimination based on religion.

Addressing an international symposium on media coverage of religious symbols based on international law, which started in this French city on Saturday, a senior Saudi official said the Kingdom emphasized years ago that the international community must act urgently to confront ethnic, religious and cultural intolerance, which has become widespread in all communities and peoples of the world.

“We have made it clear that freedom of expression without limits or restrictions would lead to violation and abuse of religious and ideological rights,” said Abdulmajeed Al-Omari, director for external relations at the Ministry of Islamic Affairs.

“This requires everyone to intensify efforts to criminalize insulting heavenly religions, prophets, holy books, religious symbols and places of worship,” he added.

Al-Omari pointed out that such abuses bred intolerance, extremism and human rights violations and contributed to the growing phenomenon of defamation of religions.

Now you do of course know that when they object to an “abuse of religious and ideological rights” they specifically mean their specific narrow set of extreme Islamic beliefs only, because when it comes to other beliefs, then as far as Saudi Arabia is concerned it is open season. This is no slur, because you will find anti-Muslim, anti-Semitic, and anti-Christian material propagated through official Saudi state school textbooks ..

So what actually happens when their ideal state with zero tolerance of any criticism of their specific religious ideas becomes a reality?

To answer that, all we need to do is to look at Saudi Arabia and observe the reality of life in that religious paradise, and so what we see is …

… and I’ve hardly even scratched the surface there.

Well gosh, I can only speculate that you are now all truly enchanted by the thought of living in such a place of pure unadulterated religious bliss.

There is of course one further rather important observation to draw upon here, the turn of phrase deployed betrays a screwed up mode of thinking. The phrase “violation and abuse of religious and ideological rights” is at the most basic level seriously flawed, because beliefs and ideas do not have rights, only people do.