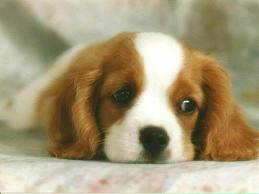 UPDATE: This story might not be 100% correct – See update below, I have left the original text asis.

I find that I keep returning back to criticism of Islam and so I need to ask if I’m being unduly biased. Once again the answer is “no” because this is yet one more example of a completely delusional belief system attempting to impose insanity upon others by force.

An article in the Stonegate Institute, a group of Human Rights Activists that includes Moderate Muslims, reports that some Muslims have apparently declared a Jihad on Dogs in Europe. 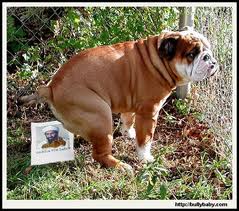 a Turkish-Dutch representative on The Hague city council for the Islam Democrats, vehemently opposed a proposal by the Party for the Animals (Partij voor de Dieren) to make the city more dog friendly.

According to a January 28 report in the Amsterdam-based newspaper De Telegraaf, Küçük counter-argued that keeping dogs as pets is tantamount to animal abuse and he then called for the possession of dogs in The Hague to be criminalized.

OK, so they have a belief that claims dogs are “unclean” animals, and if that bizarre assertion is important to them, then they are free to not keep a dog. What they do not have any right to do is to attempt to impose such insane nonsense on others, that is a gross breach of a very basic human right.

Clearly they know that this will not actually happen, and would only tick folks off, so why do it? The article has some thoughts.

Dutch political commentators believe Küçük’s declarations are a provocation designed to stir up the Muslim population in The Hague. Muslims — who now make up more than 12% of the city’s population of 500,000 — view dogs as ritually unclean animals and Küçük’s call for a ban on them is a sure vote-getter, they say.

In other words, this is not just about dogs, but is also an attempt to tap into the Islamic population, isolate them and thus harness their vote. Belief is being used as a tool to manipulate.

This anti-pet stance is however a very real belief, other European cities have faced similar demands.

In Spain, two Islamic groups based in Lérida — a city in the northeastern region of Catalonia where 29,000 Muslims now make up around 20% of the city’s total population — asked local officials to regulate the presence of dogs in public spaces so they do not “offend Muslims.”

Muslims demanded that dogs be banned from all forms of public transportation including all city buses as well as from all areas frequented by Muslim immigrants. Muslims said the presence of dogs in Lérida violates their religious freedom and their right to live according to Islamic principles.

After the municipality refused to acquiesce to Muslim demands, the city experienced a wave of dog poisonings. More than a dozen dogs were poisoned in September 2011 (local media reports here, here, here, here and here) in Lérida’s working class neighborhoods of Cappont and La Bordeta, districts that are heavily populated by Muslim immigrants and where many dogs have been killed over the past several years.

Local residents taking their dogs for walks say they have been harassed by Muslim immigrants who are opposed to seeing the animals in public. Muslims have also launched a number of anti-dog campaigns on Islamic websites and blogs based in Spain.

In Britain, which has become “ground zero” for Europe’s canine controversies, blind passengers are being ordered off buses or refused taxi rides because Muslim drivers or passengers object to their “unclean” guide dogs.

In Reading, for example, one pensioner, a cancer sufferer, was repeatedly confronted by drivers and asked to get off the bus because of his guide dog. He also faced hostility at a hospital and in a supermarket over the animal.

In Nottingham, a Muslim taxi driver refused to carry a blind man because he was accompanied by his guide dog. The taxi driver was later fined £300 ($470).

In Stafford, a Muslim taxi driver refused to carry an elderly blind couple from a grocery store because they were accompanied by their seeing-eye dog.

In Tunbridge Wells, Kent, a blind man was turned away from an Indian restaurant because the owner said it was against his Muslim beliefs to allow dogs into his establishment.

In London, a bus driver prevented a woman from boarding a bus with her dog because there was a Muslim lady on the bus who “might be upset by the dog.” As the woman attempted to complain, the doors closed and the bus drove away. When a second bus arrived, she again tried to embark, but was stopped again, this time because the driver said he was Muslim.

The article continues with lots of other similar examples. I guess being both blind and also Muslim means no guide dog.

The true worry here is that this may be a taste of things yet to come, and so as their political power base continues to grow we will face further insane demands that we all conform to their batty beliefs. We need to reach out and educate the successive generations so that they are more rational and less crazy. People can and should be free to believe whatever they wish, but we also need to challenge irrational beliefs and refuse to accommodate any and all belief-driven dictates.

Finally … what can I say except that the folks making these insane demands are barking up the wrong tree. (well come on now, it was crying out for that pun).

A few folks have gotten back to me to report that the story is fake, and so I’ve looked into it. Here is what I’ve discovered.

What is also a fact is that keeping dogs is indeed banned by most schools of Islamic belief. The majority of Muslim jurists consider dogs to be ritually unclean. Most practicing Muslims do not have dogs as pets. It is said that angels do not enter a house which contains a dog. Though dogs are not allowed for pets, they are allowed to be kept if used for work, such as guarding the house.

You be the judge, was council member Hasan Küçük ….