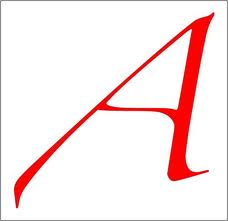 This week’s daft claim comes from an article in The Star Press,  a morning edition newspaper for Muncie, Indiana. In it we find that a chap called Kevin Wingate is making the assertion that there are apparently no true atheists.

I need not tell you the source of this claim, you can of course guess, its the Qu’ran  … no, just kidding, it is that other well-known book of ancient fables, the bible. The article itself starts out badly with a few snide comments about Christopher Hitchens dying from “booze-and nicotine-induced throat cancer“, and then rapidly slides downhill. Hitchens was truly a hero to me, not just because of his writings, but also for his courage and moral integrity, so I can be sure that anybody crass enough to take a cheap shot not long after he has gone must be a complete shit. Reading the rest of the article more or less confirms that.

Mr Wingate, then proceeds to assert his “There are no True Atheists” claim, but what evidence does he have? Exactly zero, the sole basis for his claim is that the bible tells him this (why am I not surprised). Apparently we do secretly believe and we are just pretending to not believe. Is he truly that daft?  … Yes he is.

If you do in fact hold this view, then try this. I assert that there is a magic pink unicorn at the bottom of my garden. Sorry, what’s that you say … Oh, you don’t believe me … bah, nonsense, you really do believe me, you are just “pretending” that you don’t. Yep, that is indeed how utterly crazy this is. Now lest you do in fact ponder the question, “But why do you not actually believe?”. Well, let me put it this way and spell it out for you using exactly two words … ZERO EVIDENCE. If you do actually have any, I’d love to hear from you, but I’ll not be holding my breath while I wait.

What is nice to see is that in the comments section a lot of folks come down quite hard of Kevin’s lunacy (yea). Well OK, a few religious loons pop up as well, but it appears to be mostly pro-atheist comments. One or two of the loons ask what  all the fuss is about, for example “Are you angry because of your insecurities or because you don’t like hearing peoples beliefs?“. Well gosh, perhaps it had something to do with Mr Wingate declaring that all non-believers are wicked and evil, could that possibly be the reason?

Could it get even worse? Well yes, in that respect Mr Wingate does indeed strive to exceed, because he finishes off with a quote from the pope. You do of course remember him, for this bastion of morality incarnate is the chap in the funny hat who looks after lots of men in dresses, some of whom are excessively fond of children. In this quote the pope apparently advises…

“dismount the horse of enlightened reason”

Now that does indeed sum it all up, for it is quite clear that Mr Wingate has ably demonstrated that he has done exactly that.

1 thought on “Daft Claim of the Week: “There are no True Atheists”!!”