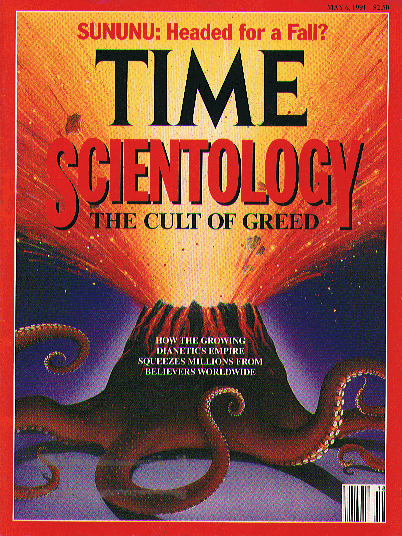 Some good news emerged yesterday, Belgium’s federal public prosecutors have decided to prosecute the Church of Scientology, they will face charges in connection with extortion, fraud, illegal practice of medicine and violations of privacy legislation.

Federal public prosecutors want the church of Scientology to be condemned as a criminal organisation.

The decision follows years of investigation that was triggered by a complaint by the Labour Mediation Service in the Brussels Region. Labour mediators were unhappy with a number of labour contracts.

Prosecutors want to bring extortion and fraud charges against the Church of Scientology and get it convicted as a criminal organisation, but the Church also has its supporters like the former lawmaker Hugo Coveliers. He says the prosecution is “ridiculous”.

The matter ended up on the desk of examining magistrate Michel Claise, who ordered raids on Church of Scientology premises in 2008. During the raids police managed to seize a wealth of evidence.

The daily De Tijd claims that the Belgian judicial authorities are now seeking a strong condemnation that can serve as an international precedent. Several years ago the organisation was convicted in France on fraud charges.

The Church of Scientology has its European headquarters in Brussels. Its Belgian HQ is located in Mechelen. In Belgium the Church whose members internationally include the actors Tom Cruise and John Travolta is not recognised as a faith. Up to 500 people are believed to be active in the Church here.

This is not a first, back in 2009 a French court convicted the Church of Scientology and six of its members of organized fraud, and last February that conviction was upheld in an appeals court.

Ah but are these instances of a big bad state coming down hard on a group of harmless eccentrics who have a few odd beliefs, or is justified. OK, I’ll allow you to be the judge, so here is a quick summary of what they promote …

This group is not a collection of harmless nutters, there is indeed something far more sinister going on here, here is the reasoning that leads me to that conclusion …

So is this latest legal prosecution of the Church of Scientology justified? Clearly yes, in fact I’d argue that they are not even a church. Sadly some nations do recognise them as a religion, but Canada and also the UK don’t.

They are not alone, since 1997 Germany has considered Scientology to be in conflict with the principles of the nation’s constitution. It is seen as an unconstitutional sect and a new version of political extremism because there is “evidence for intentions agains the free democratic basic order”, so it is being carefully watched by the Federal Office for the Protection of the Constitution.

France and Belgium have also not recognized Scientology as a religion, and no such recognition had been obtained in Ireland, Luxembourg, Israel, Greece or Mexico either.

Personally I suspect the only people actually happy that Scientology came along would be the Mormons because it pushes them down a notch to being the second weirdest.