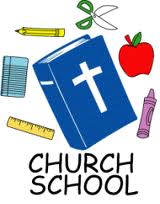 The Guardian reports today that the Church of England plans to open 200 more schools. The report reads …

At least 200 Anglican primary and secondary schools could be established over the next five years as the Church expands its role in education.

The Church plans to take advantage of the coalition’s academies and free schools reforms, which take schools out of local authority control and places them with parents, firms, charities and faith groups.

A review led by the Bishop of Oxford, the Rt Rev John Pritchard, who is also chairman of the Church’s board of education, said the number of Anglican schools – currently 4,800 – could rise to 5,000.

Pritchard also called for the Christian culture and ethos in Anglican schools to be protected “against a rising tide of strident opposition” and the “onset of so-called ‘aggressive secularism’.”

OK, so why would a religious group be in the education business? Well basically because that is how they recruit, or at least that is how the Church of England gets new folks in the door. It works like this.

The net effect is that parents with young kids looking for a good school and without the means to stomach the state alternative, or the means to cough up £5K per term to go private, mysteriously find God and start attending their local church … usually about six months prior to the start of term, but that of course is just a coincidence. With a nudge and a wink all the players know what is going on here, but pretend not to notice the real motivation.

Oh yes, back to those exam results, why are they better? Well obviously because the schools get to select, and so they typically end up being populated with middle-class kids whose parents are willing to endure an hour of mind-numbing and completely tedious boredom about once a week. Parents like that will also be typically pushy parents so will be driving their kids to do well, hence the results.

What of course happens is that groups of like-minded folks find each other, and over the course of six months make friends, and so end up settling down for the long haul. In essence, the church is taking a bet that if you can get them in the door, even if they don’t actually believe, then they will stay. And so they do because they treat it as a social club. Things develop, such as the Wednesday night wine club, or the Sunday afternoon walkers club, etc… and so they just keep going.

As for the actual cost? Well, the church only pays 10% of the running costs of the school … yes, ten fracking percent entitles them to stick their finger in the pie and vet all who attend … my taxpayer money pays for the other 90% and yet they are still entitled to discriminate against me because I don’t play the game.

It is obviously a system designed to pump a regular stream of new folks into the Church of England, and there are just too many with an interest in keeping things just as they are for any of this to actually change.

The UK’s National Secular Society has a campaign against all this (and I just happen to agree with them … but then I would). Handing over more and more of our educational system to religious groups will result in more and more “social sorting” of children along lines of class, ability and religion. Research presented by the London School of Economics and the Institute of Education confirms this. Is this a bad idea? You bet it is, children should not be separated on the grounds of their parents’ religion at such a formative time in their lives. Research shows that it is vital that they learn about each others’ lives, cultures and the common ground they all have. Familiarity and learning to see people as individuals is a great weapon against prejudice in later life.

Communities will best learn to live peacefully together if they grow up and learn together, respecting each other’s differences (Yes, I’m thinking of Northern Ireland). If they are separated into religious groupings at such an early age, racism, suspicion of anyone ‘different’ and bigotry can all too easily develop.

Ah but we have joint sessions and play games with other schools, so that solves that … yes? Sadly no, Research has shown that initiatives to bring schools together, for example, through sporting events, does not improve relationships between cultures. The competitive nature of many events makes children (and parents) feel their separate identity more, not less. Teaching in schools that a particular set of beliefs is the only right one can only reinforce this division and provides further excuses for rivalry, distrust and prejudice.

A completely secular stance does not mean opposition against religious belief, but rather is a demand for the state to stay away from religion, and so create a truly even playing field so that no religious bias is permitted and no one belief can dominate. Alas, this cushy little con that discriminates in favor of the C of E will of course continue to persist, and so while it does, I shall continue to be critical of it.