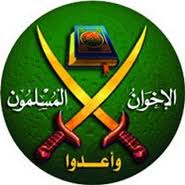 The stated goal of the Muslim Brotherhood is to instill the Qur’an and Sunnah as the “sole reference point for …ordering the life of the Muslim family, individual, community … and state”. Its most famous slogan, used worldwide, is: “Islam is the solution“.

Officially, violence is off the agenda, but has in the not too distant past had a paramilitary wing that engaged in massacres, bombings and assassinations of political opponents; notably Egyptian Prime Minister Mahmoud an-Nukrashi Pasha. The rise of a group of fanatics clutching a book of truth that dictates how everything should be done has been seen before in the history of our world, so if you wish to get a glimpse of how things might play out then you need look no further than the Bolshevik revolution that gave birth to Leninism and Stalinism, a period of history noted for its complete lack of human tolerance and and basic decency. Having now essentially hijacked the secular revolution in Egypt, the brotherhood will now potentially dominate the politics of the region for decades to come.

What is happening Now – Egyptian Law

Alan Johnson outlines it quite well …

The Brotherhood is set to make Islamic Sharia law the main source of the new Egyptian constitution. And this is no mere symbolic gesture as it was in the old constitution. Manal el-Tibi, a human rights activist, left the constituent assembly complaining ‘The Islamists dominate and they want not only an Islamic Egypt but a caliphate”. She might be right. Dr Mahmoud Ghozlan, a member of the Muslim Brotherhood’s Guidance Bureau and Member of the Constituent Assembly explained last month that because “the majority of the Egyptian people are eager to live in the shade of Islamic law” (a phrase surely drawn from Sayyid Qutb’s book In the Shade of the Koran) then “the Islamists in the Constituent Assembly (CA) … [have added] an article in the …new draft constitution, which reads ‘the principles of Islamic Sharia include general evidence and fundamentalist bases, rules and jurisprudence as well as sources accepted by doctrines of Sunni Islam and the majority of Muslim scholars’ will be the basis of legislation, including legislation about women’s status.” It was very telling that Yousseri Hamad, spokesman of the ultra-conservative Salafist Al-Nour party, which won 20 percent of the popular vote and thinks the Brotherhood too moderate and western, has said the clause “satisfies us and we agree on it”.

Sigh! … it is phrases like “legislation about women’s status“, that leads any sane individual to simply face-palm; you can see where this is going. Now lest you are not be aware, the official Islamic stance on woman is that the testimony of two women is equal to that of one man.

Yes really, and if you ask they will explain …

Allaah has mentioned the wisdom behind specifying the number of two as being that a woman may forget or get confused, so the other woman can remind her

Alas, misogyny is indeed being incarnated in the flesh here. I plucked this one example out to illustrate the sort of thinking that will dominate any “Islamic” legislation. This recipe for misogyny is in no way tolerant of any dissent, because to criticise such thinking and seek reform is to oppose the will of a God who has decreed it, and by doing so potentially identify yourself as a blasphemer. That is not exactly a great recipe for the tolerance they claim they will adhere to.

Egypt and Israel have been best friends for some time now, right? Well, not any more. Mohammed Badie, (yes that really is his name, you just can’t make this stuff up) the Supreme Guide of the Muslim Brotherhood, (and that is not a symbolic title) recently called on the Arab world to replace negotiations with Israel with “holy Jihad”. In an astonishing anti-Semitic rant, he claimed:

“The Jews have dominated the land, spread corruption on earth, spilled the blood of believers and in their actions profaned holy places, including their own. Zionists only understand the language of force and will not relent without duress. This will only happen through holy Jihad, high sacrifices and all forms of resistance.“

Clearly things are not so simplistic, the new Egyptian president Morsi keeps sending friendly letters to Israeli President Shimon Peres, then his office (Morsi’s) denies that he sent them in the first place. We also gained an insight into Israeli thinking when their senior defence official Amos Gilad commented last week …

“There is no talk between our political echelon and that of Egypt, and I don’t think there will be. [They] won’t talk to us.” Gilad added that “out of a desire for democracy, a terrible dictatorship has arisen in Egypt“

Oops, he was not supposed to say that in public, so in response, his office quickly issue a statement distancing the ministry from Gilad’s statement, not because they don’t actually think that, but rather because saying what they actually think will really not help.

All hope is not yet lost, they are clearly struggling with some of the realities, Badie might indeed talk about a jihad against Israel, yet the Egyptian army still attacks jihadi groups in Sinai that are attacking Israel. Clearly there are huge contradictions in play here that have yet to be resolved.

There is still some hope.

Egypt has a complete dependency upon the US which still pumps in billions of $$ in aid support, so if they want to keep that aid flowing, they will have to keep the public square open to all.

That is the door through which the outed democrats can squeeze back through and once again gain control when it becomes clear to the voters what the Muslim Brotherhood is really all about. The fear is that once the MB have tasted power they might not be prepared to let go when they lose the next election … these are folks who believe they are doing the will of Allah, and if that means ignoring the clear will of the people, well who in their eyes can top that.

Sadly the Egyptian Arab spring is rapidly evolving into a deep harsh and very bitter Islamic winter … they now desperately need a second spring in order to avoid a complete catastrophe.